“As we have been saying for years, Europe’s tax trends are deeply worrying. As a result workers, consumers regardless of their income levels and SMEs end up paying proportionately more tax than wealthy individuals and large profitable companies.” says EPSU General Secretary Jan Willem Goudriaan.

Corporate tax rates have been going down in the EU for years, today the average rate is 23%, lower than in the US or Japan.

Despite the reduced tax rates, in practice multinational companies can pay as little as 1% by using national tax loopholes to erode the tax base and rate on their profits. There is now ample evidence of institutionalized profit shifting to lower tax regimes via transfer pricing, intra-firm debt shifting and, most commonly, intellectual property, see for instance Unhappy Meal study on McDonald’s.

Corporate tax avoidance costs society € billions, according to IMF the average revenue loss is about 5% of current corporate tax revenue - it is almost 13% in non-OECD countries.

“Instead of cutting down on public service jobs and wages, governments must recoup unpaid tax to contribute to the funding of childcare, eldercare, healthcare, education and to redistribute wealth and income. Governments have promised tough measures but the reality is that near zero tax regimes in and outside Europe keep on flourishing.” adds Mr Goudriaan.

This is why EPSU moved an amendment to the ETUC work programme and manifesto 2015-2019 calling for a common corporate tax with a minimum rate of at least 25% in the EU.

The ETUC congress adopted the amendment. It sends strong signals to EC President Juncker to come forward with a new proposal on a common consolidated corporate tax base (CCCTB) to ensure fair and efficient taxation in Europe. 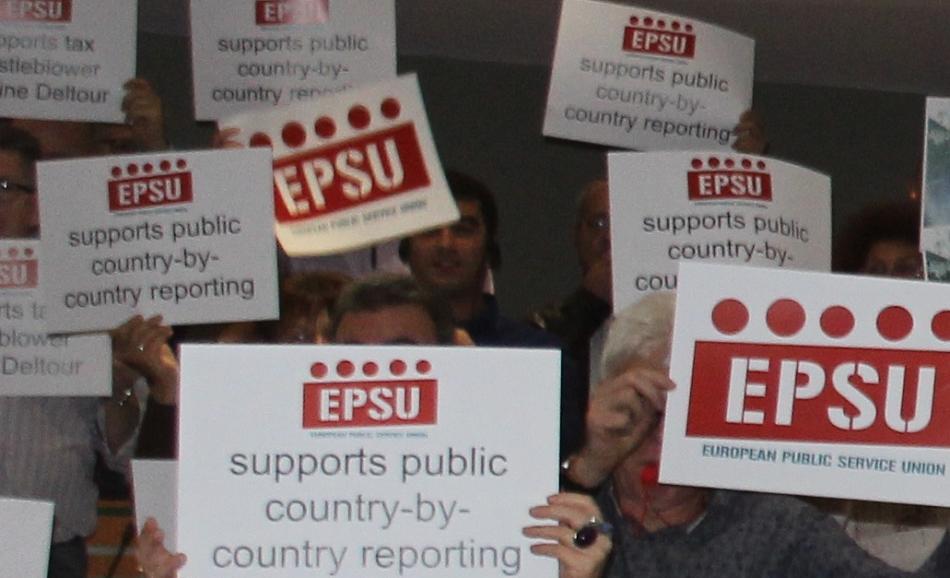 Yesterday’s vote (4 July) in the European Parliament extends the EC proposal for public country-by-country reporting -CBCR- by large multinationals to all their operations worldwide, not just those in the EU.
Tax justice
Apr. 17, 2015 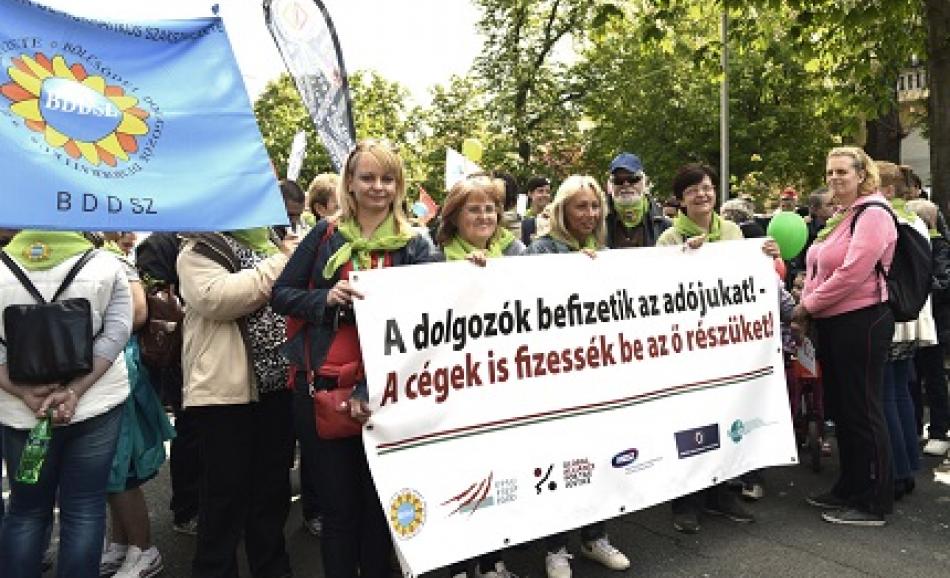