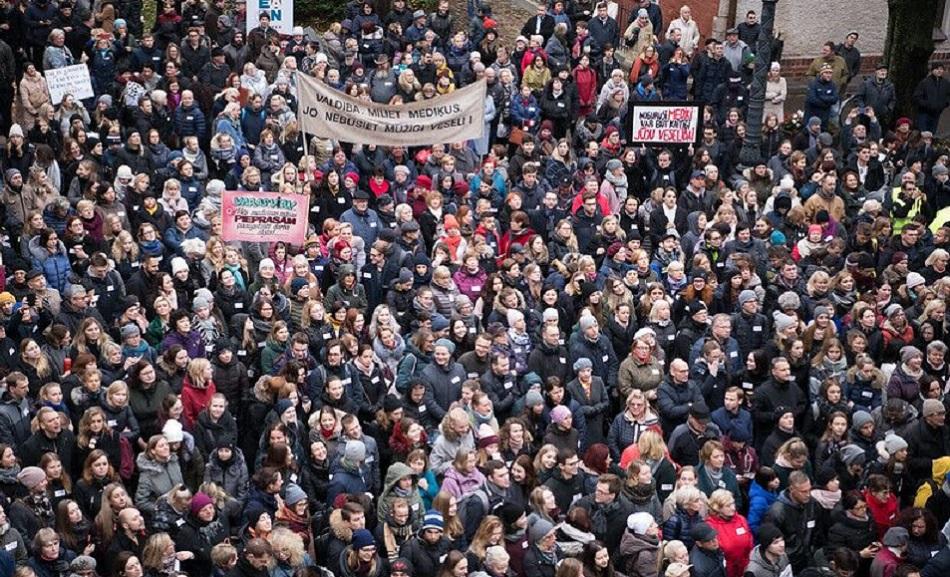 (13 November 2019) Hundreds of health workers gathered outside the Latvian parliament in Riga on 7 November calling for higher spending on healthcare.

The demonstration was called by health care worker organisations led by EPSU affiliates, LVSADA. It was joined by a broad coalition of trade unions, professional associations and civil society organisations all angry that the government has gone back on a legal commitment to increase spending on healthcare.

The protestors' demands find support in this year's Country Specific Recommendations (CSR) for Latvia from the European Commission. The communication setting out the CSRs states that “Low public spending for healthcare” is one of the “main reasons for the population’s poor health outcomes.” It goes on to say: “However, public financing for healthcare remains well below the European Union average.” It adds that: “Latvia faces health workforce shortages, especially of nurses, which hamper the delivery of public healthcare and pose risks to the success of the health reforms.”

One of the CSRs for Latvia calls on the government to “Increase the accessibility, quality and cost-effectiveness of the healthcare system” and it is clear from the European Commission analysis that this requires an increase in funding. In 2019, the government allocated the equivalent of 3.9% of GDP to health spending. This is only just over half the European average of 7%. Rather than seek to increase this, the budget proposed by the government for the next three years will mean spending falls to 3.3% of GDP by 2022.

The demonstration marked the beginning of a first phase of actions in the lead up to the vote on the budget in parliament on 14 November. If the Budget is approved without amendment then a second phase of the campaign will be launced with a national petition.

Three trade unions organising health workers are pushing the government to agree higher healthcare spending and pay increases in 2006. They also want to see improved working conditions based on legal regulations. The unions have given the government until 16 June to respond to their demands and promised further and more radical protest action if there is no progress.Read more at > Solidarnosc (EN)
Sep. 28, 2018 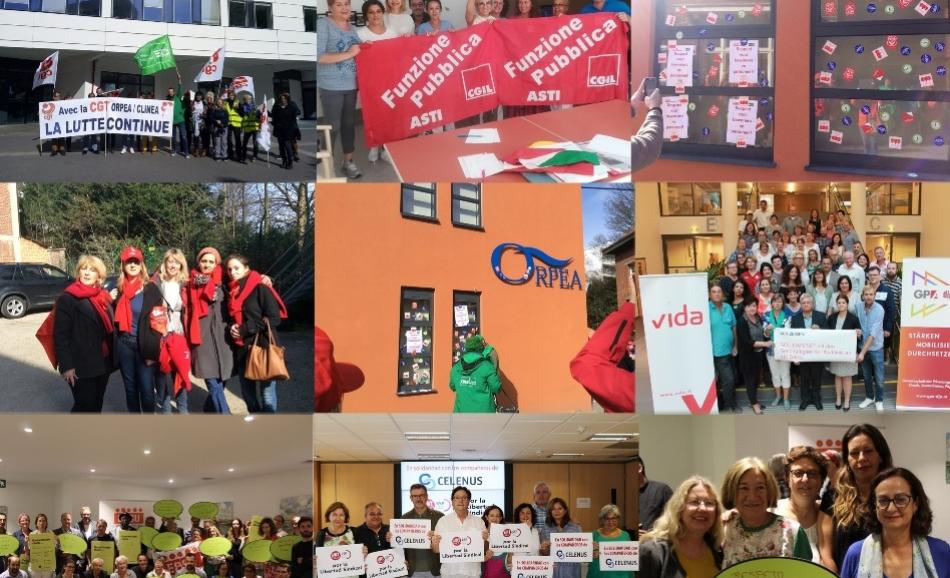 Berlin, 28 September 2018, protest and mobilisation in Berlin against anti-union practices of the ORPEA group in Germany

Today health workers and their trade unions organise a protest and mobilisation in Berlin against the anti-union practices of the ORPEA group in Germany.
Collective Bargaining
Company policy and EWCs
Health
Privatisation
Social Services
Solidarity
Oct. 15, 2008 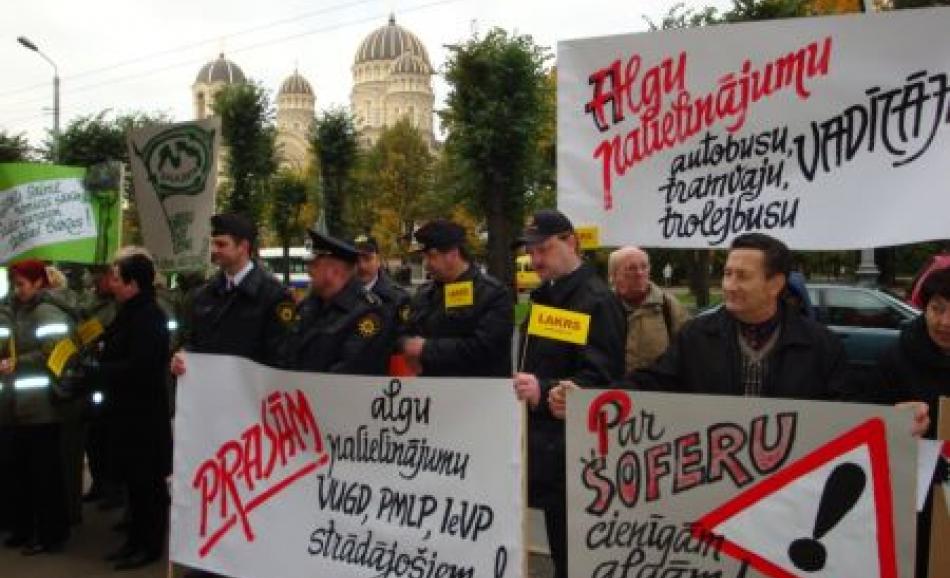 "For Decent Work – and Decent Wages" - action day in Latvia