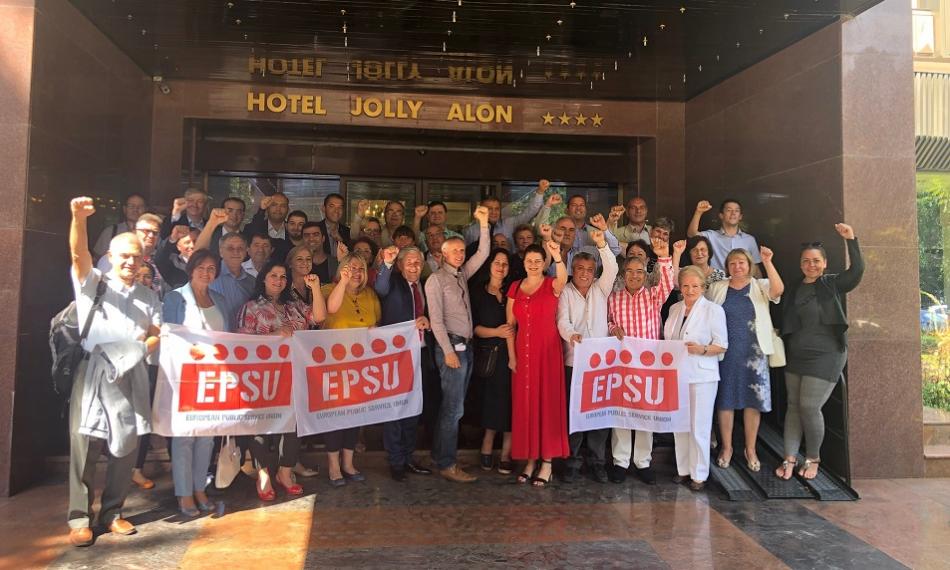 (18 September 2019) The US Chamber of Commerce is actively lobbying for changes to Law in several countries in South East Europe, unions reported. It lobbies governments to weaken the protection of workers and to favour corporate interests. Making dismissals easier and introducing more flexibility in favour of employers were among the demands of this US corporate lobby group. Another way to favour the employers is by seeking to abolish or severely weaken the role of Labour Inspectorates. This is done by taking away resources, and sometimes via fragmentation of its function. Weakening the power to issue sanctions on employers that violate labour law and health and safety obligations is another way to do this.

A concrete example was given by Labour law professor Lungu of the University of Moldova. He gave an overview of the Labour Code changes that are being considered in Moldova. Many of these changes arise out of EU Directives as Moldova brings its legislation in line with that of the EU. Moldova agreed to do this under the Deep and Comprehensive Free Trade Agreement with the EU (art. 37). The US Chamber of Commerce is seeking influence over the implementation to ensure the translation into Moldovan law is weaker as the EU standards. This allows  (US-) businesses to benefit at the expense of workers and the population.

President Oleg Budza of the Moldovan confederation of trade unions opened the meeting of the EPSU constituency. He presented the work of the confederation and how it seeks to meet the challenges facing the unions. An unstable government, conditions imposed by the IMF, a difficult labour market situation with many skilled workers leaving, and declining membership were just some of those the confederation tackles and seeks to turn around.

Reports were given on the work of the women’s committees and the EPSU Youth network. Burhan Yildiz (Hizmet-Is) updates the group of union leaders on the Youth meeting in Dublin and the forthcoming meeting in Vilnus. The results of the Youth survey underlined the importance of organizing and recruitment. We have to take account of national situations and professional interests remain a core issue for all unions in the face of declining membership. EPSU will support initiatives of unions to increase membership and give workers a voice in the work place. The unions discussed the follow-up from Congress, priorities, the new Commission and Parliament and the agenda of the forthcoming Executive Committee with the EPSU General Secretary.

The constituency elected new leadership with Razvan Gae of the Romanian union Sanitas and Neli Hristova of the Bulgarian services union. The unions thanked Ivan Kokalov for the many years of working for the constituency and representing them in the Executive and other Committees.

Documents of the meeting

Deep and Comprehensive Trade Agreement EU Moldova The DCFTA’s with Georgia and Ukraine are also available.

(August 2016) The public service federations -  Fp Cgil, Cisl Fp and Uil Fpl - have sent a letter to the ministers of public administration and economic development protesting at the planned restructuring of the system of chambers of commerce. The unions argue that the plans to reorganise are going ahead without any guarantees for the employees and with the government refusing even to discuss the restructuring with the trade unions. The chambers employ around 7000 workers directly with 3000 in related bodies. The unions plan to organise a national demonstration in September. Read more at Fp-Cgil (IT).
Dec. 27, 2004

The European Commission and countries from South East Europe (SEE) are negotiating a Treaty that will extend the EU's competition laws and electricity and gas market opening to SEE.
Energy
All PoliciesAll Policies