(8 October 2014) A new special Report about Trade has been published by PSI (EPSU’s international organisation). The Really Good Friends of Transnational Corporations Agreement shows the dangers of the upcoming TISA agreement). The European Commission is negotiating this agreement with a mandate of Member States.

Public Services International (PSI) and Our World is not For Sale (OWINFS) have just launched a new report, written by Ellen Gould, on the Trade in Services Agreement (TISA). The report outlines the way the TISA, the radical extension of GATS, will restrict democratic government’s ability to make laws that protect you. It will tie the hands of governments to deal with important issues such as health care, water, energy, education and climate change. The agreement will stop public services returning to state ownership if privatisations fail and will undermine data privacy laws. Shockingly it will restrict the rights of government to regulate the financial markets, as if nothing has been learned from the financial crisis.

Highly secretive talks began in 2012 to establish a new trade agreement, the Trade in Services Agreement (TISA). The group of countries negotiating TISA have given themselves an insider joke for a name: the 'Really Good Friends of Services', to signal how truly committed they are to promoting the interests of services corporations. But there is nothing funny about the sweeping, permanent restrictions on public services and regulation that could be the impact of their work.

Eliminating government's role in the delivery of services, getting rid of regulations, and allowing transnational corporations free rein sounds like the platform of a libertarian political party, a radical agenda that should be debated in public and that voters should have a say over at the ballot box. Instead, the Really Good Friends of Services have imposed unprecedented levels of secrecy on their negotiations, suppressing the public's ability to discuss the serious issues at stake. The positions TISA governments take at the bargaining table - how much they push privatisation and deregulation, whether they make concessions in sensitive areas like health, education, culture, water supply, and banking regulation - will not be made public until five years after the agreement comes into force.

This extreme secrecy seems designed so that trade officials can negotiate without regard to domestic concerns and to relieve politicians of any accountability for their role in creating TISA.

Why are transnational corporations confident they can get their agenda of deregulation and privatisation through TISA? This report focuses on how TISA could be used to accomplish their deregulatory agenda, and is meant to complement the study 'TISA versus Public Services' that examines how TISA would foster privatisation.

The objective of this report is to help overcome the secrecy and complexity surrounding the TISA negotiations in order to bring the agreement into the public sphere for democratic debate.

Download the report in English, French, Spanish or German

- Read about PSI’s action on TISA

For more information about how PSI is campaigning against trade in public services, contact daniel.bertossa@world-psi.org; for information in Europe contact psanchez@epsu.org

up
493 users have voted.
Policies:
Trade 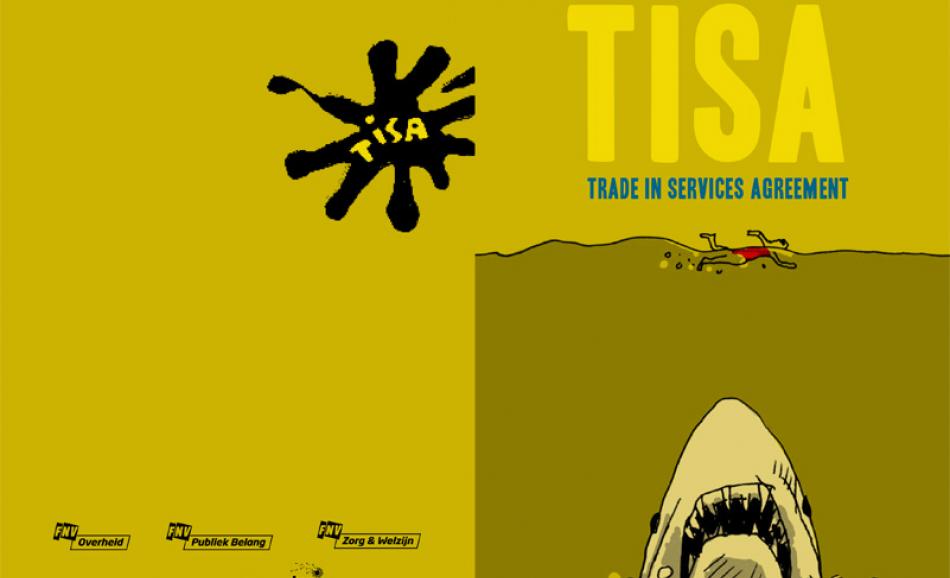 (13 September 2016) The Trade in Services Agreement (TISA) is a threat to public services such as health care and education.
Trade
Sep. 17, 2014 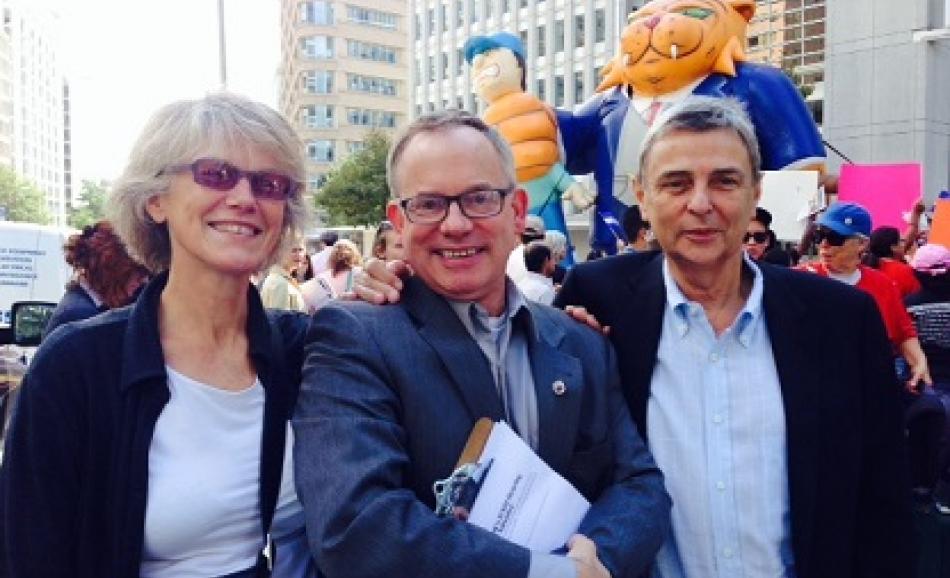