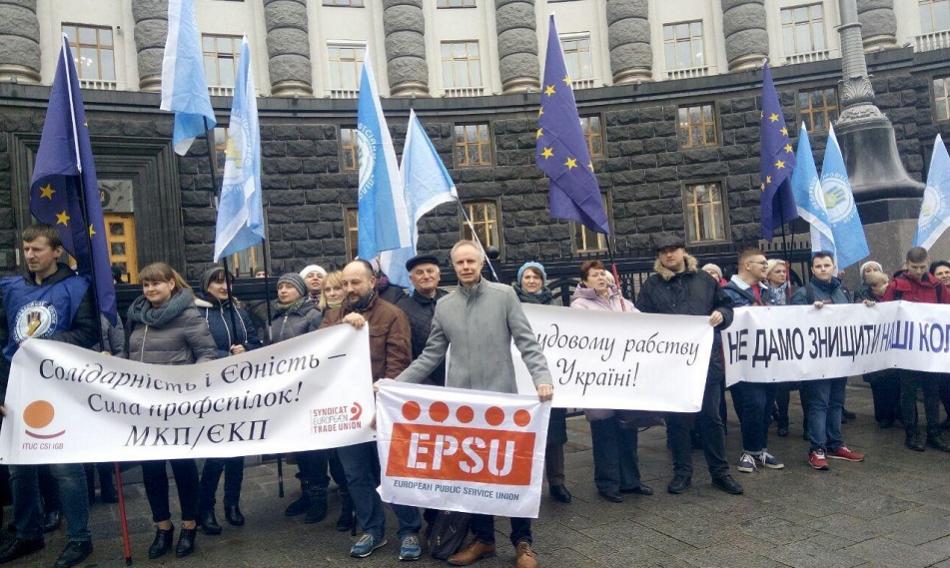 (27 February 2020) Accompanied by actions across the world, a high level union delegation met with government and parliament representatives to demand respect for social dialogue, collective bargaining and EU and international labour standards. Commitments were made but close monitoring is needed to ensure they are kept.

The Ukrainian government proposed reform of the labour law in the last days of 2019. It did not consult the unions. Its proposed reforms reduce workers’ rights and protections. They weaken the role of the unions to stand up for workers. Many affiliates of EPSU have written to the government in protest and EPSU joined meetings of the Ukrainian unions with Members of Parliament and the European Commission while the General Secretary joined the affiliated unions and met with members of the Ukrainian Parliament 25 January.  The Ukrainian unions have been organizing continuous protests like on 30 January.

To further show solidarity, actions took place across the world 25 February. Unions picketed the embassies and met with ambassadors like in Brussels and Washington. At the same time a high level trade union delegation of ETUC and ITUC met the Ukrainian unions. Our first meeting was with the leaders of Ukrainian trade unions. Many affiliates of EPSU/PSI were represented. The delegation engaged in discussions with several political actors to demand the government and the Parliament engage in dialogue and negotiations with the trade unions over the proposed labour law reform. The pressure and the discussions proved useful.

The parliament has set up a working group that involves the trade unions, employers, academics and the government. It comments on the labour law reform. The ministers for social affairs and for the economy, trade and agriculture as well as the chair of the social affairs committee of the Parliament committed to implement the recommendations of the ILO and the European Union regarding the proposed reform of the labour law. These commitments were made to the delegation and in response to the protests of the Ukrainian and international union community that the government violated the social dialogue and that the laws were not in conformity with the ILO conventions and the commitments made under the EU-Ukraine association (and deep and comprehensive free trade) agreement.

The delegation met with the EU ambassador to the Ukraine and with the ILO representative for the country. The EU and the ILO have commissioned detailed reviews of the proposed reforms. They will make recommendations to ensure the Ukraine law is in conformity with the EU and ILO standards. The commitments to implement the recommendations were strong.  Not doing so will have consequences for the EU-Ukraine cooperation. We also met the Ombudswoman of the Ukrainian Parliament. She monitors if the actions of the government and its laws respect the rights of people and the Ukrainian constitution. She reports to the UN Economic, Social and Cultural Rights Committee where PSI made an intervention in support of the Ukrainian unions.The union group further met with the Deputy Chair of the EU-integration committee of the Parliament and joined a demonstration in front of the Ministry of Economy.

For a previous article on Ukraine.

High-level stakeholder Conference on the future of energy policy 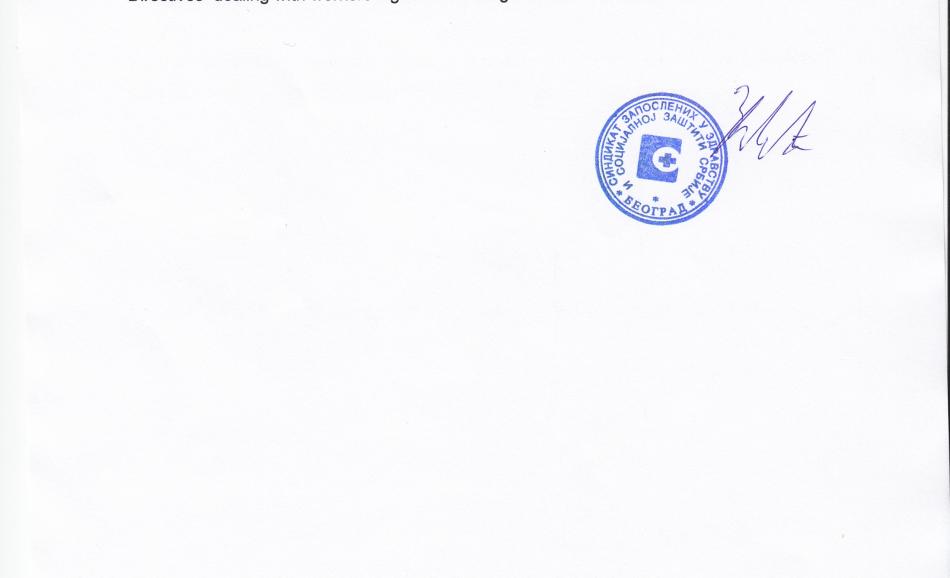 (23 January 2014) Trade unions across Serbia will be taking part in a one-hour strike today in protest against government proposals for major changes to labour legislation.
Solidarity
Union Rights
All PoliciesAll Policies