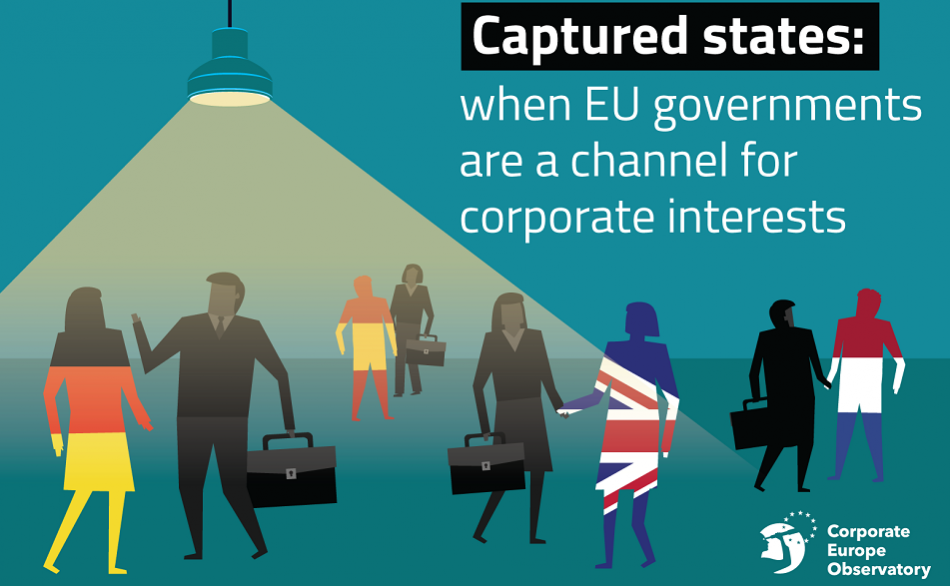 (7 February 2019) The report looks at all the different ways that corporate lobbies use member states to influence EU decision-making: Council of the EU, rotating presidencies, European Council, comitology etc. Countries covered include France, Germany, Spain, the Netherlands, the UK, Poland, Romania, Ireland, and others. The report is based on a series of case studies covering a range of topics, including climate change, finance, chemicals, data privacy, and many other issues. There is also a section on transparency, and a series of recommendations for action by member state governments, national and regional parliaments, and the EU institutions. In particular, we make the case for new models for citizens to both find out more about, and have a say on, the EU matters with which member states are tasked with deciding.  Additionally, the report includes a section called “what you can do” which includes some research tips and other ideas.

While much has been written on how corporate interests seek to influence the European Commission and European Parliament, much less is known about how corporate lobbies distort political decision-making, put the interests of profits before people and undermine workers’ rights, public services and the general interest. This report fill an important gap.

For the full report and summaries in different languages https://corporateeurope.org/capturedstates

(9 May 2008, Brussels) The European Parliament adpoted a report on a framework for activities of lobbyists in the EU institutions.
Transparency & Corruption
Aug. 14, 2008

A new report details how some MEPs are close to business