Unions angered by change to dismissal and retirement rights

Trade unions aim to challenge a change to dismissal and retirement rights that took effect on 1 January. This was a last-minute change introduced by the government as part of a new package of measures in response to the COVID-19 crisis. The legislation means that employers can now dismiss without justification any worker who reaches state pension age. The unions have attacked the change on several grounds. It was introduced without any due process of social dialogue; it is a permanent change rather than part of a temporary response to the pandemic; it flies in the face of many efforts in

Members of public services union Fagforbundet are involved in a strike over pay against church employers. Following the failure of mediation, the union had to resort to strike action to prevent employers from reducing starting pay rates for new priests. There is also concern that priests who switch jobs might lose out. The union argues that such a measure would only worsen the current recruitment crisis. Meanwhile, a strike of childcare workers organised by Fagforbundet and Delta was called off at the last minute when the Norlandia group agreed to introduce a pension scheme in line with the

Negotiations for a new collective agreement covering the state sector will begin in mid-January and the FNV trade union has surveyed members to identify the main priorities. Over 80% of respondents said that it was important for the union to maintain its proposed claim for a 5% pay increase. The feeling was that this was necessary to cover cost of living increases and recruit and retain staff. Members were also keen on an allowance for working from home or support to cover any costs related to home working. Early retirement is also on the agenda while the FNV will be looking for measures to

The Fagforbundet and Delta trade unions warn that strike action could follow if mediation doesn’t produce a result in a dispute over pension provision in the Norlandia Group. The unions are fighting for a hybrid pension scheme that would give employees a decent pension for life. This is the kind of scheme that is widely available in most private childcare companies but not Norlandia. The unions underline that the type of scheme they are arguing for particularly benefits women and that an industry standard must be maintained for private childcare companies so that employees' pay, working and

Public services union Fagforbundet has warned that a dispute over pensions could end in strike action unless the Spekter employer organisation delivers a solution in upcoming mediation. The dispute covers workers in the culture sector, including orchestras, theatres and opera. A temporary pension arrangement involving defined contributions was agreed in 2016 in response to the final challenges facing the sector. The union now wants to negotiate a long-term solution that delivers a hybrid and gender-neutral pension scheme but Spekter has not come up with a proposal and has effectively abandoned

The SSM trade union federation has secured key changes to pension provision in draft legislation. The changes affect the number of years of contributions to get a pension, different retirement rules depending on the nature of work in different sectors, the possibility of early retirement from 60, the possibility for workers to make additional payments to improve their entitlement and extra years credited for workers in arduous occupations like construction.

After a lengthy campaign of protests and industrial action, unions have secured an additional €1 billion in funding from the federal government to improve pay and conditions for health workers. €500 million will go towards the implementation of a new pay system and harmonisation of pay in the private and public sectors. Unions estimate this will mean pay increases of 5%-6%. €400 million will cover additional staff to ensure a better staff/patient ratio and 10% of this amount will contribute to improved training. €100 million is allocated to improving working conditions, including in particular

Trade unions have reacted angrily to the decision by the government to curtail debate over pension reforms by using a constitutional mechanism to pass legislation by ordonnance rather than the normal parliamentary process. Some unions organised demonstrations across the country at short notice to underline their continuing opposition to the reforms. Others were concerned about the method used to close down debate when there are still major issues still to be resolved, particularly in relation to pension for workers in arduous occupations.

The Forsa and SIPTU trade unions are continuing to protest and organise industrial action in long-running disputes involving their members in health, social and community services. Many workers in so-called Section 39 publicly-funded organisations provide health and social services but have been denied the kind of pay restoration provided to directly-employed public sector workers in these services. Meanwhile, community employment advisors took strike action on 14 February in the latest step in their campaign for the implementation of a 2008 Labour Court recommendation on their rights to 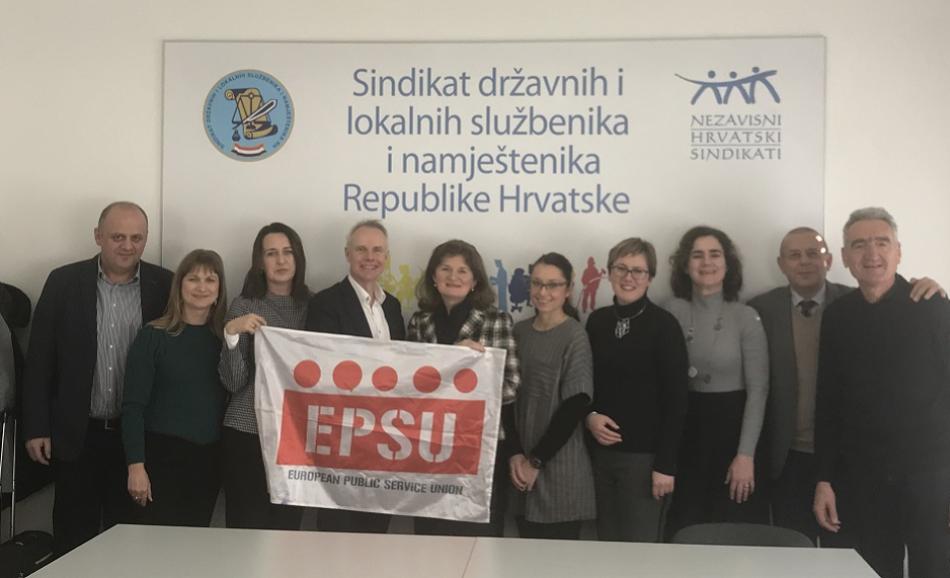 EPSU’s Croatian affiliates have a clear message for the European Commission and their government, now chairing the Council of Ministers.

Trade union action against the government’s pensions proposals has continued across several sectors, particularly transport. The latest main national mobilisation against pension reform took place on 9 January. While not all trade union organisations are involved in the strike action and demonstrations, all are opposed in some way to the plans to merge pension arrangements across sectors and increase the retirement age and/or increase the number of years of contributions needed for a full pension. There are particular concerns about arduous work in some sectors, like sewage treatment, where 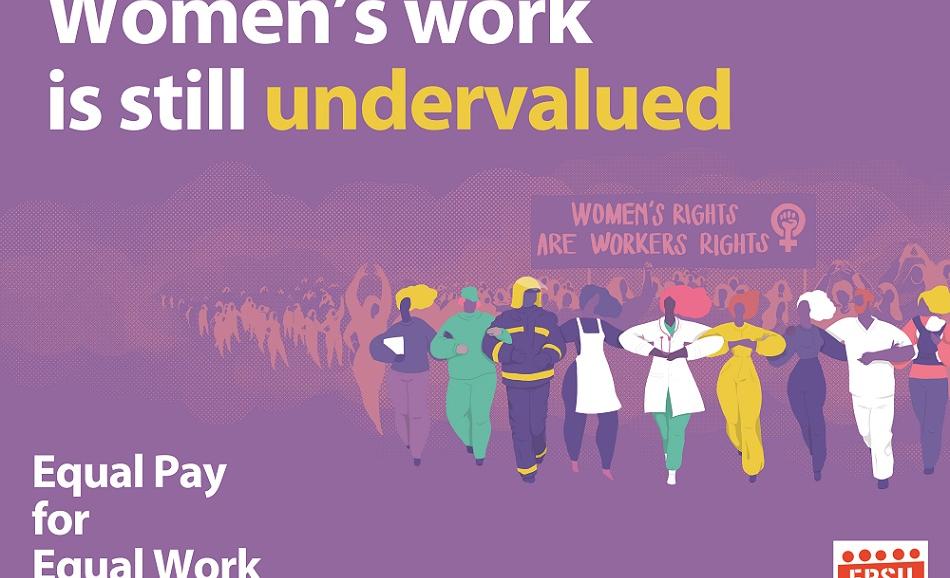 EPSU welcomes the conclusions adopted yesterday by the European Council on gender-equal economies in the EU.