Collective bargaining is a core activity of trade unions and EPSU’s affiliates negotiate with public service employers at every level. This can range from national public-sector wide bargaining to sector and local negotiations with public sector employers but also private and non-profit providers of public services. EPSU works with the European Trade Union Confederation to try to improve collective bargaining rights for all workers across Europe. We also act as a European information point so that EPSU affiliates are aware of trends in public service negotiations. EPSU’s collective bargaining newsletter provides regular updates on developments across Europe and this briefing gives an overview of the state of play in the main agreements in each country.

The Fp-Cgil public service federation has welcomed a recent court ruling that has blocked an employer from applying an inferior collective agreement. The action was taken against La Nostra Famiglia, a non-profit health and social care provider, that wanted to avoid the private health sector agreement and sign up to an agreement with lower pay rates and longer working hours. The court ruling means that the employer now has to compensate workers for any lost pay and to apply the full terms of the private health agreement that was negotiated by Fp-Cgil along with the Cisl-Fp and Uil-Pa

Public service trade unions, including Fórsa, SIPTU and INMO, have agreed to launch a campaign on pay that could involve industrial action. The unions, coordinated by the ICTU confederation, had already called on the government to review pay in the light of the surge in inflation. However, the response was only for an additional 2.5% increase in 2021-22 when inflation has already topped 9%. The unions argue that by failing to complete the pay review in light of higher inflation, the government is failing to meet the requirements of the public service collective agreement, Building momentum 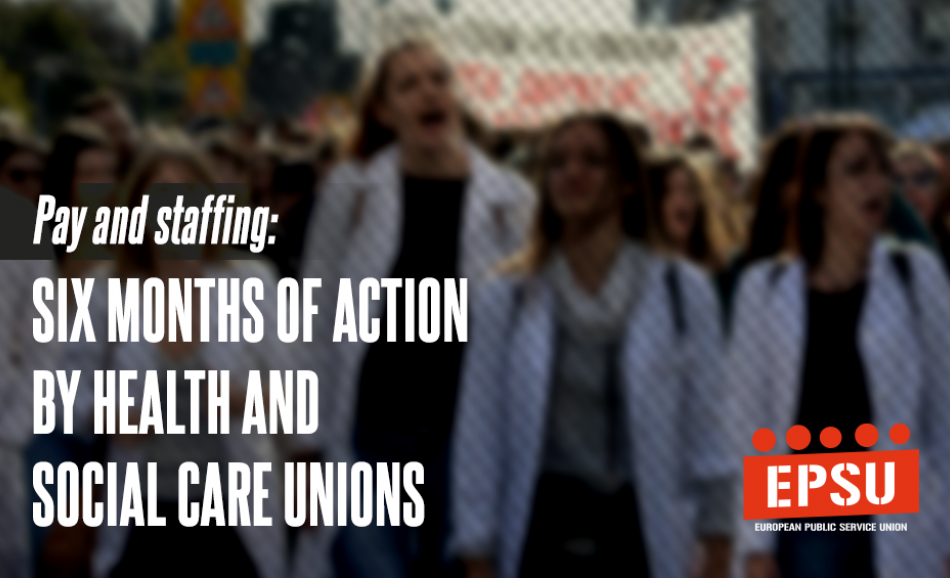 The FeSP-UGT federation and the public sector unions in the CCOO confederation have strongly restated their calls for urgent negotiations over the pay and conditions of public sector workers. The CCOO union organised a demonstration outside parliament on 14 July while the FeSP-UGT is planning mobilisations in September if the government doesn’t respond. The unions want to see the reversal of cuts imposed during the period of austerity in 2010-12 and a range of improvements including wage increases that ensure recovery of lost purchasing power. Other key demands include an end to the 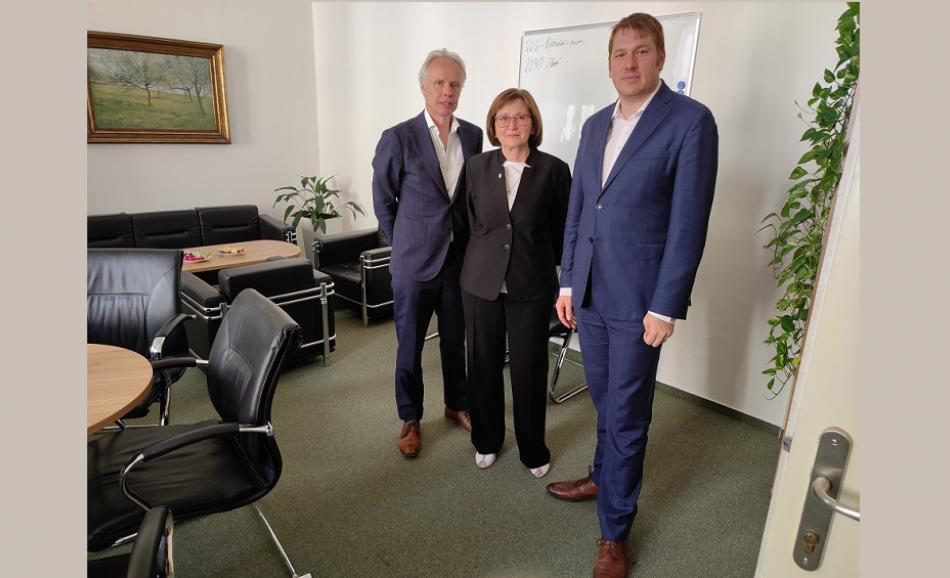 The Czech Presidency of the EU has a full agenda regarding health and care this autumn. To raise some of the EPSU concerns we met the Deputy Health Minister Josef Pavlovic.
Collective Bargaining
Health
Jun. 28, 2022 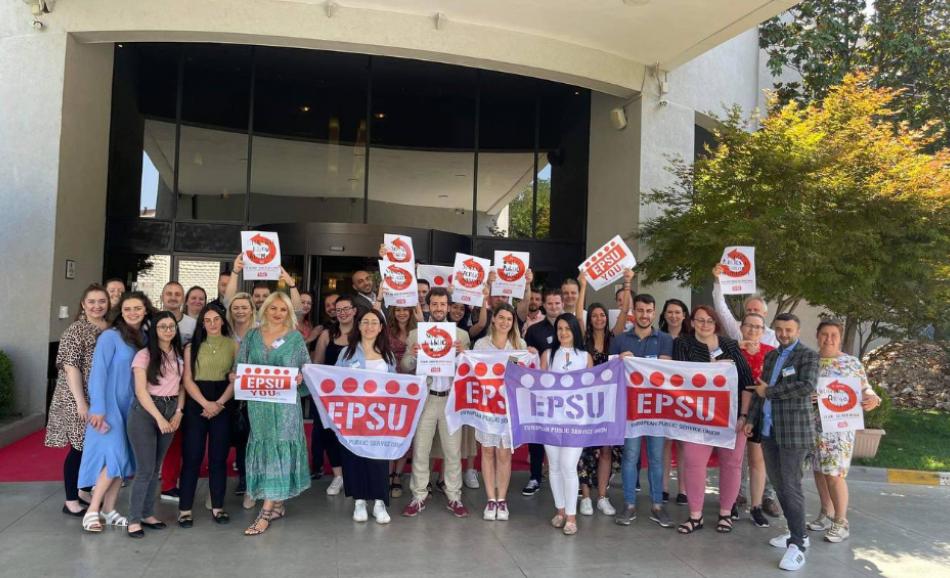 This month, the EPSU youth network met in person for the first time since 2019. The meeting took place in Tirana, the European Youth Capital of 2022.
Collective Bargaining
Digitalisation
Jun. 28, 2022 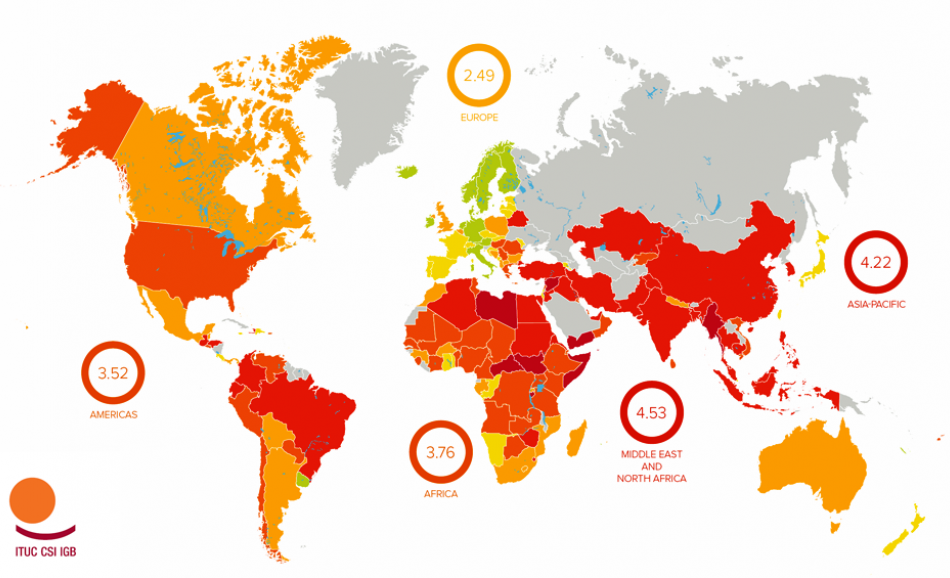 Governments back directive on minimum wages and collective bargaining

The European Trade Union Confederation has welcomed the decision by member states to support the Adequate Minimum Wages Directive that it says will help ensure that millions of workers across Europe get fairer wages and improved rights to collective bargaining. The directive is now set for a final sign-off by MEPs and ministers in September. The proposal includes a framework for setting adequate statutory minimum wages and a duty on member states to promote collective bargaining and combat union busting and to produce an action plan to support collective bargaining in states where coverage is

Massive national demonstration over pay and cost of living

Over 80,000 people joined the national demonstration in Brussels on 20 June organised by the three main trade union confederations FGTB/ABVV, CSC/ACV, CGLSB/ACLVB. The unions want to see a change to the legal framework that imposes limits on the cross-sector pay negotiations and leaves trade unions with little room to bargain on top of the indexation system. EPSU’s Belgian affiliates all joined the march, along with EPSU staff. 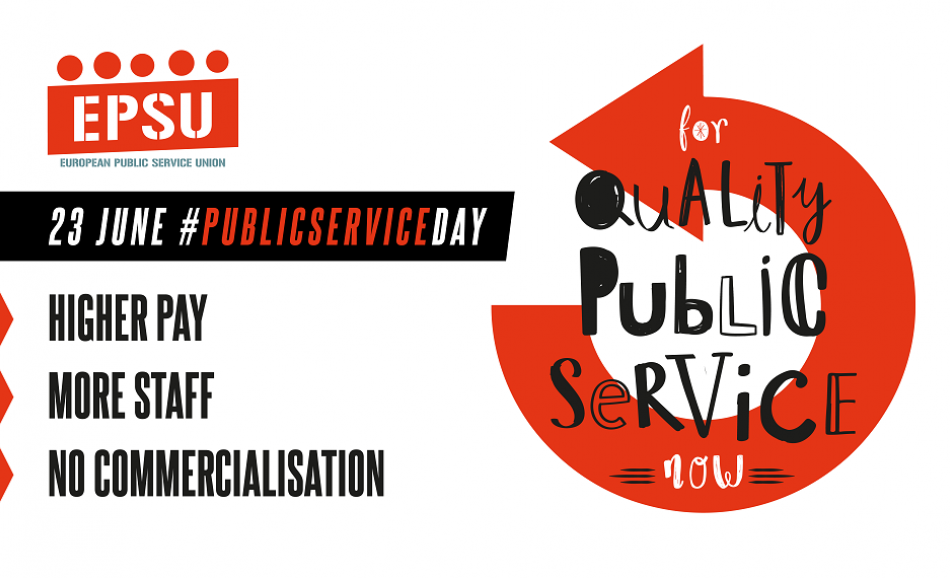 As in previous year, we want to use 23 June, the UN Public Services Day to draw attention to our demands for quality public services and underline our work together. Together we can make the European action on 23 June a success.
Collective Bargaining
Privatisation
Quality employment
Jun. 21, 2022 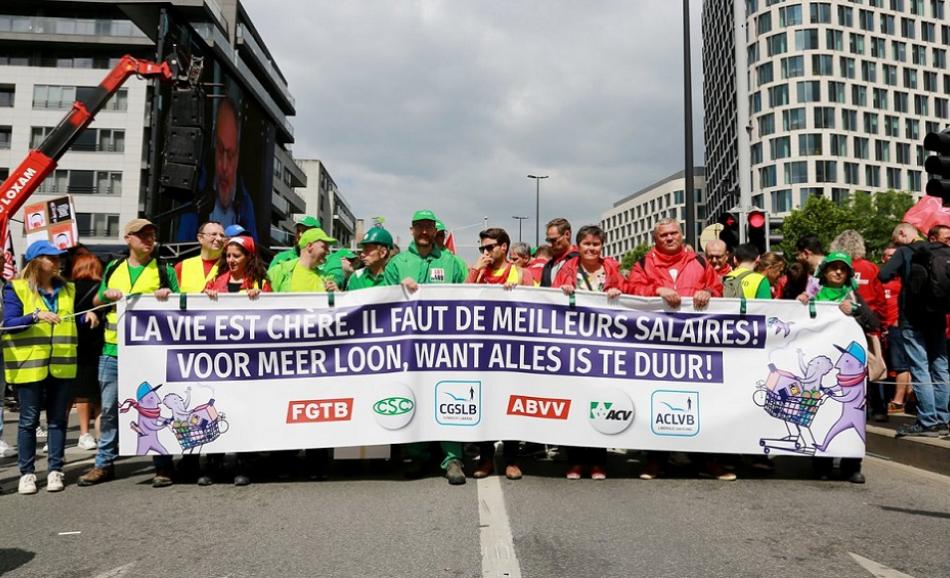 80.000 workers on the streets of Brussels for higher pay and better conditions

The trilogue negotiations between the European Commission, Council and Parliament have produced a provisional agreement on the Directive on Adequate Minimum Wages. It is now up to the Council and Parliament to vote on the proposal with the prospect that the Directive might be law by the autumn. The ETUC believes that the directive’s provisions on both statutory minimum wages and collective bargaining could be game changing, delivering not just vital increases for millions of workers who are facing surging prices but new rights and possibilities for trade unions to strengthen and extend 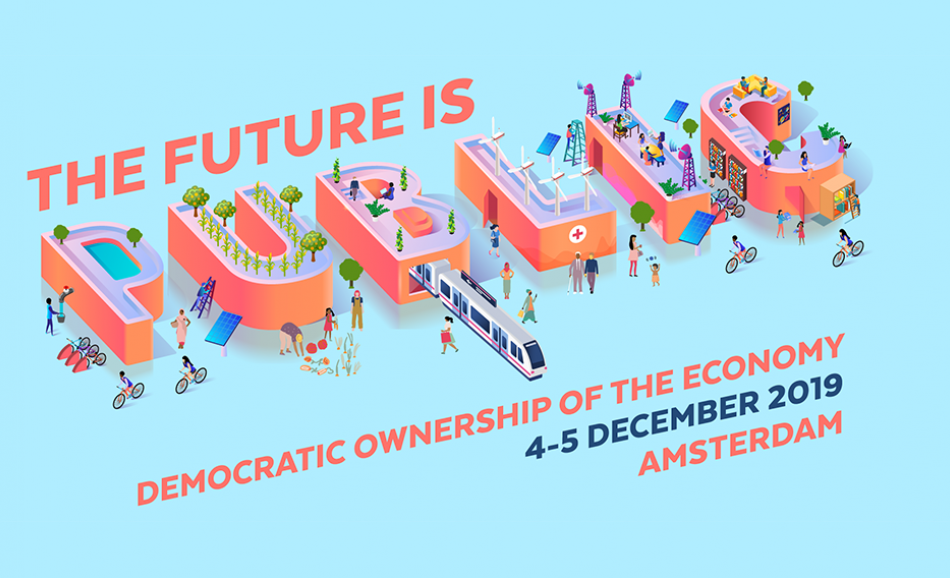 Unions from the Turkish confederations KESK and DISK and the Dutch union FNV exchanged strategies to oppose the privatisation and commercialisation of public services.
Collective Bargaining
Privatisation
May. 30, 2022 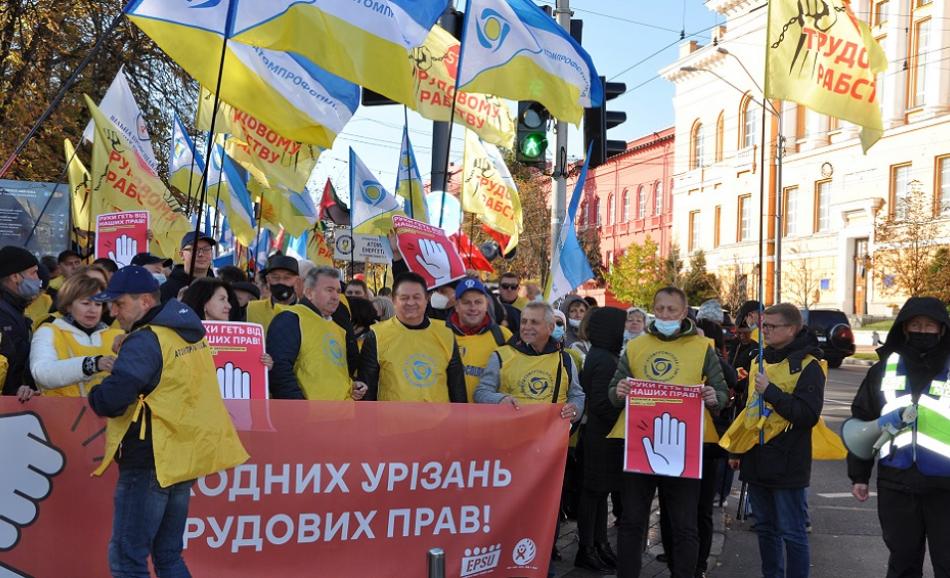 Legislation to reduce workers’ protection against dismissal is back on the agenda.
Collective Bargaining
Social Dialogue
Solidarity