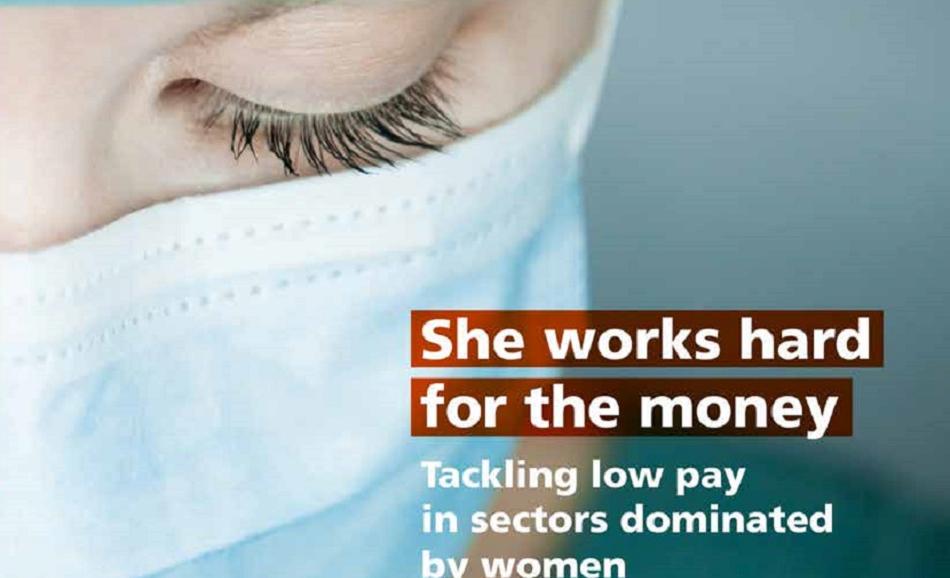 EPSU affiliates around Europe have been developing collective bargaining policies, using legal action and pushing for legislative change to help them address the persistent problem of low pay in sectors dominated by women. In a report commissioned by EPSU, She works hard for the money, and in a presentation to EPSU's Quality Employment conference,Torsten Müller, senior researcher at the European Trade Union Institute, provides a number of examples from Finland, Sweden, Germany, the UK and other countries where public service trade unions have used collective bargaining to improve pay in health and social services. The report uses European data to indicate how skilled and unskilled nurses' pay compares to pay across the economy as a whole and how the percentage of women workers in the sector does appear to have an impact on pay levels. The report also outlines a range of other strategies and tactics used by unions to deal with the fact that pay in sectors dominated by women is seriously undervalued.

Trade unions representing over 430,000 municipal workers have come together to call for a significant pay rise for their members. The unions argue that public sector workers were negatively affected by the competitiveness pact agreed in 2016 with cuts to holiday entitlement. The sector has also seen massive cuts, including job losses, and that a pay freeze would be totally unacceptable. The unions argue that a pay rise is necessary and would mean a major boost for the economy.