(Brussels, 10 July 2014 - Joint ETUFs Press Communication) The six European trade union federations (ETUFs) and their combined membership of 30 million workers who are powering the campaign “Enough of their crisis – back to our future”, are deeply concerned that the Italian Government, which has just this month commenced its Presidency of the EU, has cancelled the Inter-Ministerial Summit on Youth Employment planned to take place in Turin on 11 July.

The ETUFs see it as evidence that European politicians are ashamed of the dismal results in implementing the Youth Guarantee agreed by the Council in April 2013, and are responding with a twitter storm to make heads of state, Members of the European Parliament and the Commission accountable for their inactivity. The Inter-Ministerial Summit was intended to follow those that took place in Berlin (July 2013) and Paris (November 2013).

According to the ETUFs, the cancellation of this meeting is nothing short of alarming, with Europe still in recession and persistent mass-scale youth unemployment in spite of modest recovery in some areas.

The modest 6 billion euros set aside over a seven-year period to implement the Youth Guarantee was always seen by the ETUFs as too little, too late. In a joint declaration in February 2014, the ETUFs state that with an estimated cost of 21 billion euros per year to set up an effective tool, and without any enforcement measures for implementation on national level, the EU’s promise remains far from adequate to tackle the youth unemployment crisis.
This week’s failure of European leaders to share any positive results of the Youth Guarantee is testimony to the accuracy of the ETUFs’ prediction. Leaders have called for more time, with the Summit postponed to the end of the year – a clear indication of the lack of political will to prevent a jobless generation.

Member States, together with the European Commission, must think harder about the design of the Youth Guarantee and prioritise direct and transparent measures to reduce youth unemployment, such as investing in new quality jobs.

The ETUFs will hope for more commitment from the European Parliament, which is likely to table a resolution on youth employment at its plenary session agenda on 16 July. Together with their respective youth organisations, the ETUFs will meet with the newly formed European Parliament groups later in the year to lay out their key demands to reclaim the rights of Europe’s youth.

Since their campaign launch in March 2014, the ETUFs have undertaken flash mobs in different European capitals to draw public attention to the critical situation for young workers in Europe, led a 50,000-strong European trade union demonstration and undertaken other isolated actions around Europe, spoken in the European Parliament, convened a press conference and penned a series of articles. 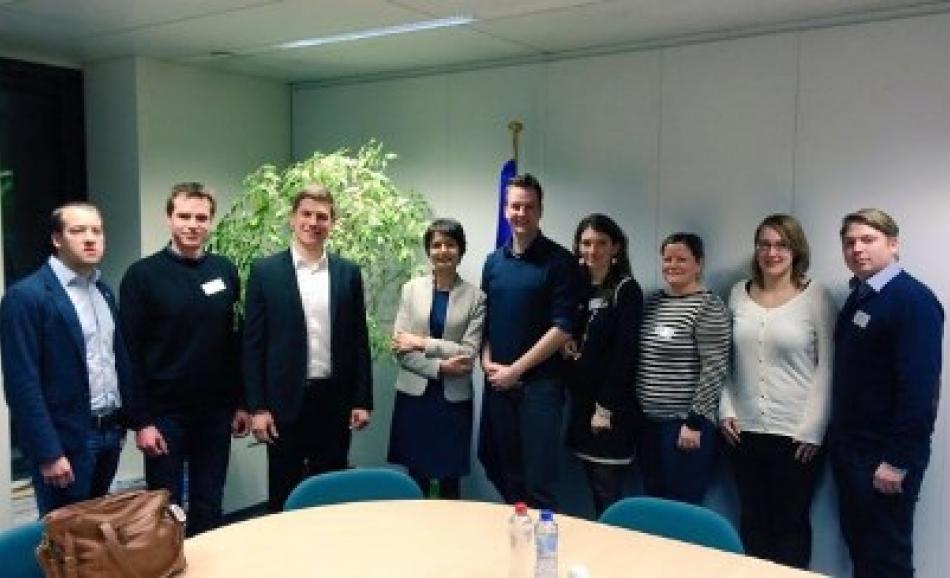 (22 January 2016) More investment in the future of young people is desperately needed to prevent the social timebomb of youth unemployment in the EU.
Feb. 14, 2013
2013 February epsucob@NEWS 03

The government has said that current proposals for cuts in the public sector pay bill will be the last call on public sector workers. Negotiations are underway for an extension of the "Croke Park" national agreement that dates from 2010. The government has threatened to impose €1 billion in cuts if a deal isn't reached. Unions are still waiting for some of the details of the proposals but have already rejected a five-hour increase in weekly working hours. They say that they want to see details of the financial impact of any increase in working time. In the meantime over 110000 people joined demonstrations around the country in protest at the excessive burden placed on Irish people as a result of the collapse of Irish banks.Read more on Croke Park at > ImpactAnd on the debt demonstration at > Impact
Oct. 24, 2019
2019 October EPSU Collective Bargaining News 20

Around 5000 health workers joined a national demonstration in Sofia on 7 October to call for higher pay and more training to help prevent the loss of more staff from the sector. Following the protest a delegation met the health minister who committed an extra BGN 200m (EUR 102m) to the 2020 budget, three quarters of which would go to fund salary increases. The CITUB confederation said that this would help ensure salaries met a target of BGN 900-950 (EUR 460-485) for nurses and BGN 1100-1200 (EUR 560-615) for doctors.