Portugal
Following a major national demonstration in Lisbon on 17 June, unions in the FNSFP public service federation have called a general strike in public administration for 15 July. The unions are opposing government plans for significant changes to working conditions in the public sector, including later retirement. The government argues that the cuts are necessary to reduce its budget deficit.
Read more at > FNSFP

The FP CGIL public services federation has reacted to government plans to cut public spending by organizing a national demonstration on 12 June and this will be followed by a national public strike in most regions on 25 June (with action in some regions on 2 July). The cuts will have a direct impact on public sector workers’ pay. Previously agreed pay increases will be reduced and workers are also likely to lose the productivity-related elements of their salaries.Read more at > FP CGIL (IT)And at > FP CGIL (IT)
Oct. 11, 2017 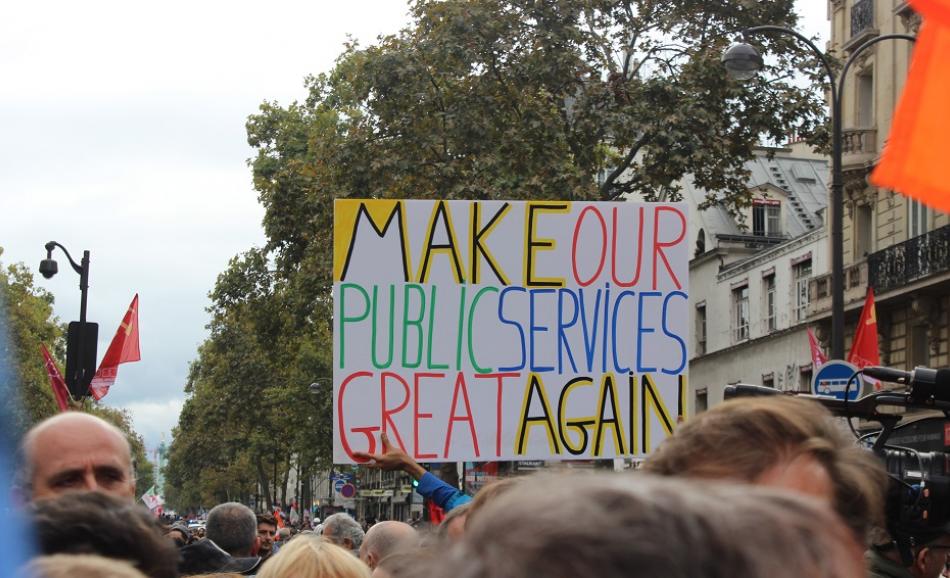 Workers came to the streets in over 100 towns and villages across France, 10 October. They protested the proposals of the French government to cut 120.000 staff
Collective Bargaining
Solidarity
All PoliciesAll Policies