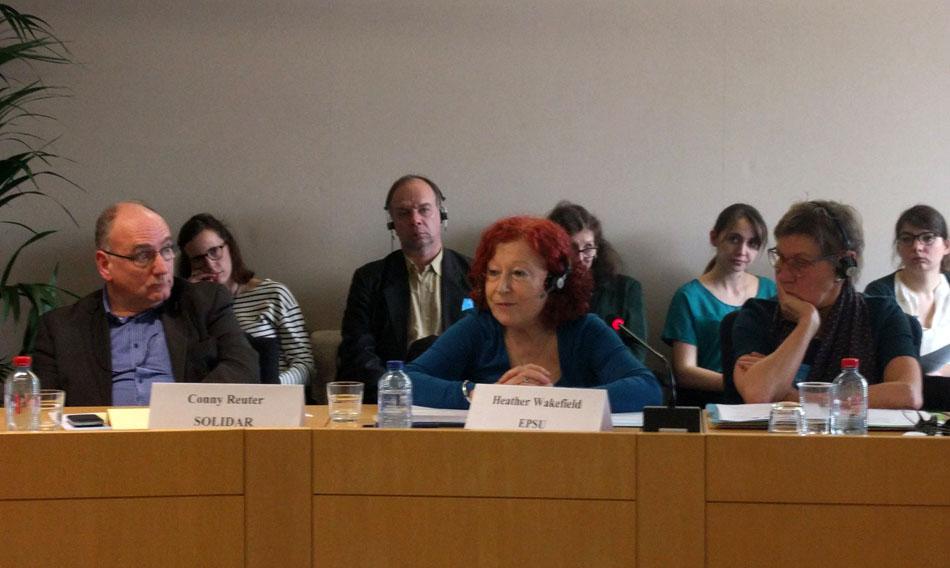 (28 March 2017)  Social services like childcare, elderly care and services for people with disabilities, have been one of the biggest job creators since the crisis. Yet the sector rarely gets the recognition, or resources, it deserves. Meanwhile, workers in social services—who are predominantly women—are low paid and often overworked.

Trade unions representing these workers, grouped at European level in EPSU, are fighting for better pay, conditions, training and recognition, at both national and European level. One of the major challenges for unions is the diversity of employers in the sector. There are for-profit, not-for-profit and public providers from small associations to big multinationals.

For several years, employers from across Europe in the non-profit sector have been organising with the aim of setting up an employers’ platform. This would allow unions in social services to negotiate with employers at European level and work with them for better recognition of the sector. The aim is to set up a formal social dialogue between trade unions and employers in the sector at EU level. This work has been done in the framework of a series of EU-funded projects called PESSIS.

On 21 March 2017, employers and trade unions met in Brussels to take this work forward. In the morning, the employers presented their common declaration (currently being translated from EN into FR, DE, CZ and ES), setting out common goals and principles for a future employers’ platform. Maryvonne Nicolle, from French union CFDT, Vice-President of the Standing Committee "Health and Social Services", presented EPSU’s paper, highlighting issues that the unions would seek to negotiate on, such as training, preventing psychosocial risks and stress at work and tackling third-party violence. EPSU has already negotiated agreements on these topics in other sectors. In order to achieve this kind of positive result in social services, a European social dialogue needs to be built on strong organisations who can implement agreements back home.

In the afternoon, a hearing was held at the European Parliament to present the employers’ declaration to decision makers. Heather Wakefield, from UK union UNISON, Vice-President of the Standing Committee "Local and Regional Government", spoke for EPSU. She underlined how effective social dialogue can be, when made up of strong and representative partners on both sides. When this is the case, employers and trade unions can both negotiate to improve conditions for workers and cooperate to raise the challenges the sector is facing with European decision makers.

The final conference and the final project partner meeting will be held on 17 and 18 October 2017 in Brussels. EPSU will continue to work towards broad and representative social dialogue in the sector in order to win the improvements for workers that are so needed.

Read the press release on the website of the European Association of Service Providers for Persons with Disabilities (EASPD).

Employers in the non-profit sector in the Wallonia region of Belgium have rejected a an agreement signed by the unions and the regional government last year. The non-profit sector covers various services including health, housing and social services and the agreement would have provided a range of benefits for the 19,000 workers. The employers have rejected particular elements of the deal including the creation of more jobs to allow employees to take more paid leave and extra finance to encourage trade union organisation and social dialogue in some of the smaller organisations in the sector.Read more at > SETCA (FR)
Mar. 21, 2017
2017 March epsucob@NEWS 05

(November 2016) A common front of trade unions in the non-profit sector organised a national demonstration on 24 November in opposition to continuing austerity and in support of new collective agreements. The sector, with over 525000 workers, covers a broad range of health, social and cultural services. The trade unions are calling for more jobs, a real pay increase and other measures to ensure qualiity employment and quality services, particularly to improve work-life balance, particularly for workers coming up to retirement.