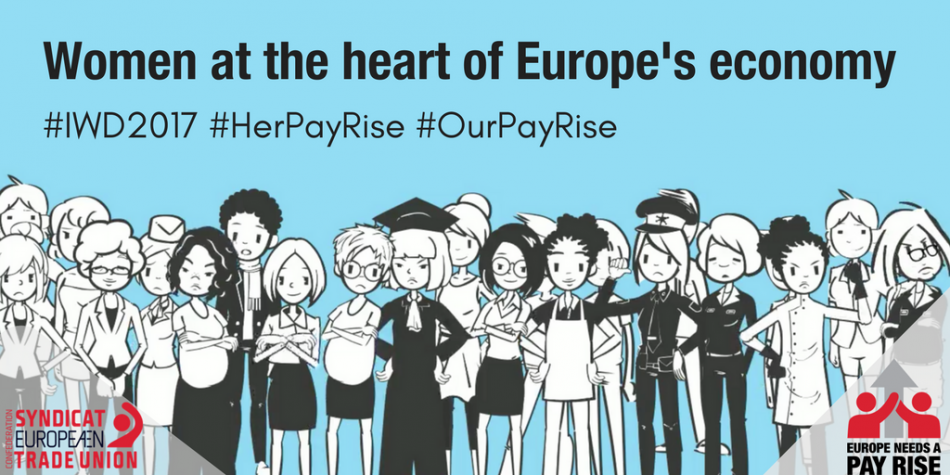 The ETUC under the banner she needs a pay rise #HerPayRise say:

A pay rise for women would narrow the gender pay gap, and boost the economy by giving millions of working women more money to spend. According to Montserrat Mir, Confederal Secretary at the ETUC:  ‘The gender pay gap is painful and unjust and carries a high human and economic cost. Unless action is taken to speed up equal pay, women will have to wait over 70 years to be paid the same as men.  Equal pay would be the greatest economic stimulus package that Europe has ever seen, and lift millions of women out of poverty.’

PSI is marking International Women’s Day stating Women around the world stand up for social justice. Enough is enough.

Rosa Pavanelli, General Secretary of Public Services International states, ‘While our political system is in crisis and the global economic model works for the few, not the many, women are standing up for social justice, solidarity and democracy’. PSI pledges its ‘solidarity with the millions of women in grassroots movements and trade unions around the world in saying ENOUGH IS ENOUGH! No to racism, xenophobia, homophobia. We demand autonomy and control over our own bodies. Pay equity now! Rights without borders. No more gender-based violence in the workplace and quality public services for all! #IWD2017’.

The message from International Trade Union Confederation (ITUC) on International Women’s Day is there will be ‘no rolling back on women’s rights!’

The Confederation says we must ‘end violence against women, invest in the care economy, close the pay gap! Today, the ITUC and its affiliates join human rights defenders, women’s and feminist organisations in calling for ‘the guarantee and respect of women’s rights at work, in the home and in our communities’.

is a time to reflect on progress made, to call for change and to celebrate acts of courage and determination by ordinary women who have played an extraordinary role in the history of their countries and communities.

The Committee notes that, ‘despite all progress made in tackling gender equality we observe the worsening standards of living for women on our continent. In many European countries, the economic crisis has been used to concentrate wealth and power in the hands of the few, overexploiting the workforce, limiting democratic practices, repressing social and citizens’ movements, and increasing hate and divisions between different sectors of the population’. 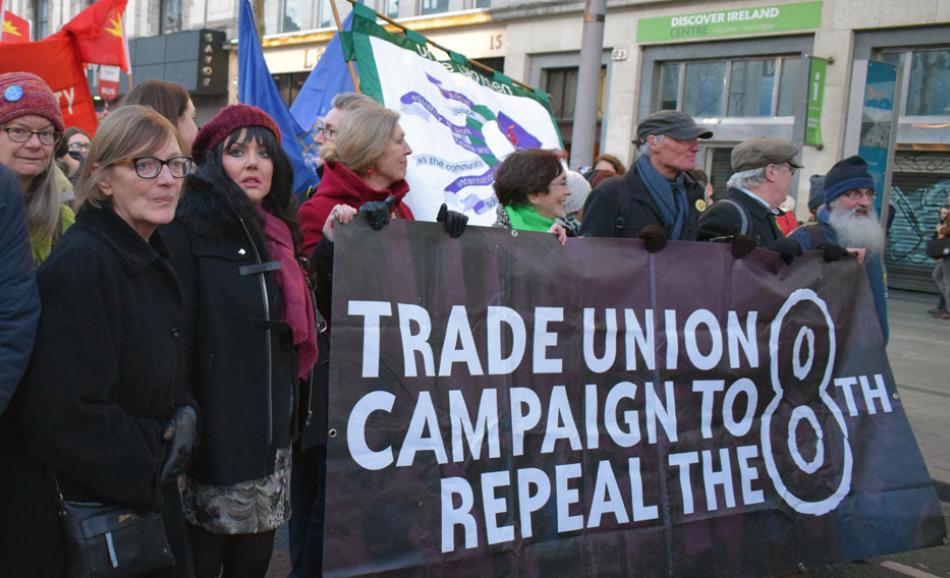 On the 8th of March, international women’s day, our affiliates rallied to promote gender equality and called for a new gender contract.
Equality
Mar. 08, 2011

(March 8) The European Federation of Public Services Unions (EPSU) wants to commemorate the 100th anniversary of the celebration of working women.
Equality
Mar. 08, 2011