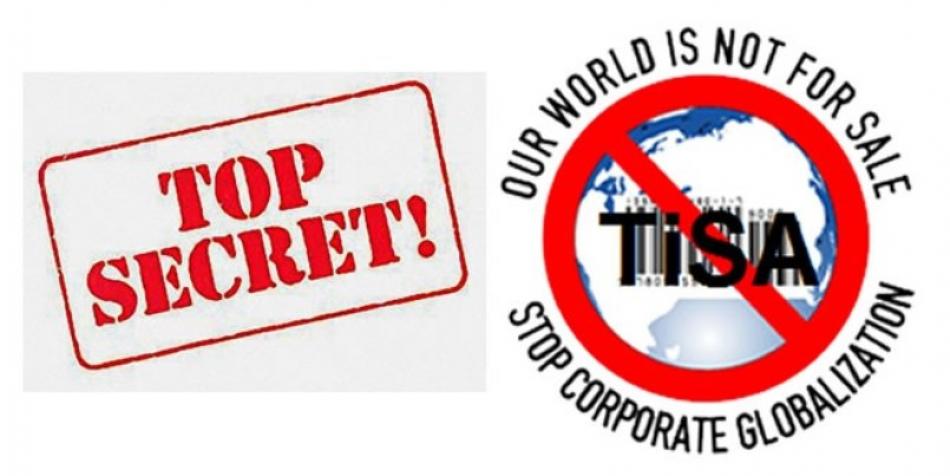 (30 January 2017) According to newly leaked documents, the Trade in Services Agreement (TISA) is in severe trouble. The papers show that despite attempts to delete controversial proposals from the draft text, very little has been achieved in almost any of the service areas, such as telecommunications, e-commerce, localisation provisions, restraints on domestic regulation, temporary movement of services labour, state-owned enterprises, maritime, road and air transportation, and delivery services.

The cancellation of December’s ministerial meeting, where a final agreement was expected to be signed, fuelled speculation that this unbalanced deal was in serious trouble, these newly released documents confirm that.

It is becoming increasingly clear that the effectiveness of opposition to TISA has led governments to conclude that they cannot sell some of the more extreme proposals, which have thus been dropped from previous leaked texts.

However, Penny Clarke, EPSU Deputy Secretary General while welcoming the news that TISA appears to be frozen, adopted a cautious approach. She says, ‘the restraints on governments’ rights to regulate in the interests of their citizens, are still in the draft proposals and these would still go further than any single other agreement. And therefore we want these negotiations to be stopped. We need progressive and fair trade agreements.'

According to EPSU there are no improvements on the inadequate protections for health, environment, privacy, workers, human rights, or economic development. And there is nothing to prevent developing countries becoming even more vulnerable and dependent in an already unequal and unfair global economy

TISA: another leak the same story

(9 June 2015) Last week the largest ever leak of negotiating documents from the controversial Trade in Services Agreement (TISA) showed the madness of secrecy and provided no assurance about the suppo
Trade
Dec. 17, 2014

PSI, 17 December 2014 – Consumers’ protections and privacy are at risk, along with national governments’ sovereignty, at the sole benefit of Information and Communication Technology (ICT) corporations
Trade
Feb. 04, 2015