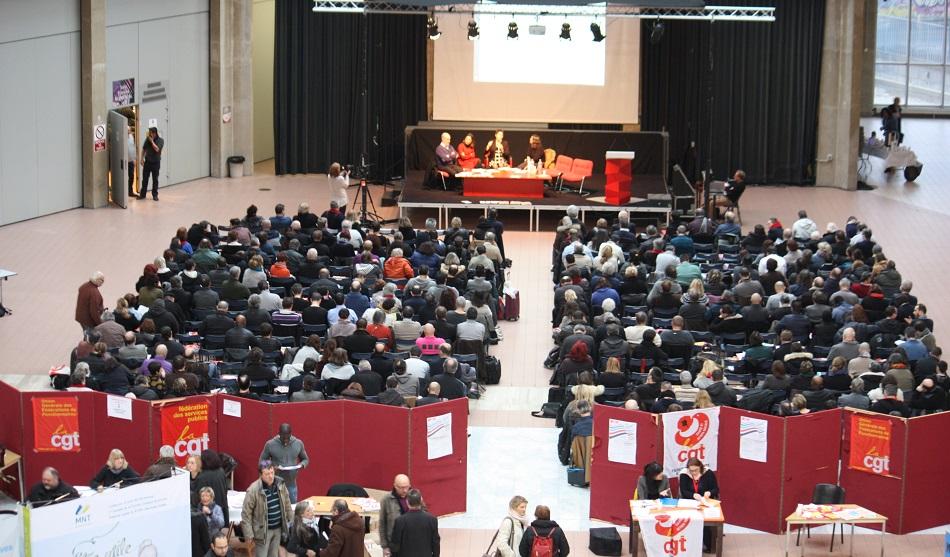 Following World War (II) and the experience with fascism and nazism, the French people and government wanted to ensure that civil and public servants were not merely to be regarded as workers that blindly obey orders. Public service workers are operating under the control of the public. They have a responsibility towards the people, and have to ensure that the public institutions operate in the public interest. They have the freedom to express their opinions. The status was fixed in legislation (the statute) in 1946 and renewed in 1983 with three big principles of equality, independence and responsibility. The French EPSU CGT affiliates organized a study day to explore the continued relevance of the statute and the challenges posed by outsourcing, privatization, the extreme-right amongst others.

EPSU General Secretary took part in a round table discussion on the principle of responsibility. The former minister who introduced the concept of civil-servant-citizen was present to explain the ideas and how these evolved in time. The EPSU GS referred to the austerity policies in the EU, how these put pressure on public service and workers as well as the right to strike in many countries. He further stressed the work of EPSU regarding whistle-blower protection, the social dialogue and the agreement reached on information and consultation rights, the forthcoming pillar of social rights and the ETUC pay campaign. Other speakers in the panel were Baptiste Talbot (general secretary of the CGT Federation Services Publics) and Pierre Joxe (an ex-minister).

The statute applies to workers in public services like central government administrations, local authorities, public health institutions and hospitals and many more. EPSU’s CGT affiliates participated actively in the debates. The meeting took place on 24 January 2017, in Paris

The continued relevance of the role and rights of the civil servants in France and elsewhere is underlined by the opinion of the French social and economic committee  on the evolution of the public service. Recent developments like in the UK where ministers criticized the independent advice of civil service staff (see comments of the UK union FDA) and also in the US show how this independent role is put under pressure.

General Secretary views - new year 2008 and the challenges ahead

I wish you a happy and successful New Year. This circular letter is to give you a brief overview of the challenges to be addressed this year and beyond.
Mar. 08, 2005

A challenging new year ahead of us

The new year started with the news that the UK based company Carillion, a major provider of public services had collapsed. Thousands of workers face the loss of their jobs and the government had to step in to keep public services running. A sad example but one that underlines our demands that public services should be kept public.