The Belgian health sector is the location for coordinated action between the four EPSU affiliates in the health sector. The CGSP, Setca, CCSP and LBC-NVK have called for working conditions in the non-profit health sector to be significantly improved.

Greek affiliate ADEDY is organising a 24-hour strike to demand higher pay for low paid workers, to protest against the sale of public property, and measures, which hit workers and pensioners.

Further actions are foreseen this week in Italy in the health sector; and in November in the UK where unions will protest against the cuts of 100.000 jobs in the civil service. In the Netherlands EPSU affiliates ABVAKABO, CNV Publieke Zaak and FNV Bondgenoten are organising actions in the Dutch health, local government, fire fighting and policing public services against the government policy of cuts in early retirement schemes.

EPSU General Secretary Carola Fischbach-Pyttel stated that these actions were a sign of the willingness of public service workers to stand up for ordinary EU citizens. “Our members are at the forefront in ensuring quality delivery of essential services”.

These developments were discussed in depth at the EPSU Collective Bargaining Conference held on 20-21 October in Brussels. This conference included nearly 80 chief negotiators from almos all Member States. Conference co-ordinator and EPSU deputy General Secretary Jan Willem Goudriaan confirmed that public service workers face a difficult bargaining season with several collective agreements coming up for renewal and against the background of EU imposed public finance restraints. EPSU confirms that public service workers will aim to achieve pay deals that compensate for inflation and which allow workers to share in productivity increases. These actions meet with public support and are signs that Europe's citizens are not satisfied with the direction government and EU policies are taking. Participants in the collective bargaining conference argued to step up the co-ordination on collective bargaining policies including on issues such as low pay and closing the wage gap between men and women.

The ADEDY civil service confederation has called a national strike on 22 April as part of its continuing campaign against government imposed cuts to the pay and conditions of public sector unions. The union argues strongly that its members should not pay for the crisis and also criticises the European Union for the way it has intervened in the Greek situation.Read more at > ADEDY (EL)
May. 31, 2016 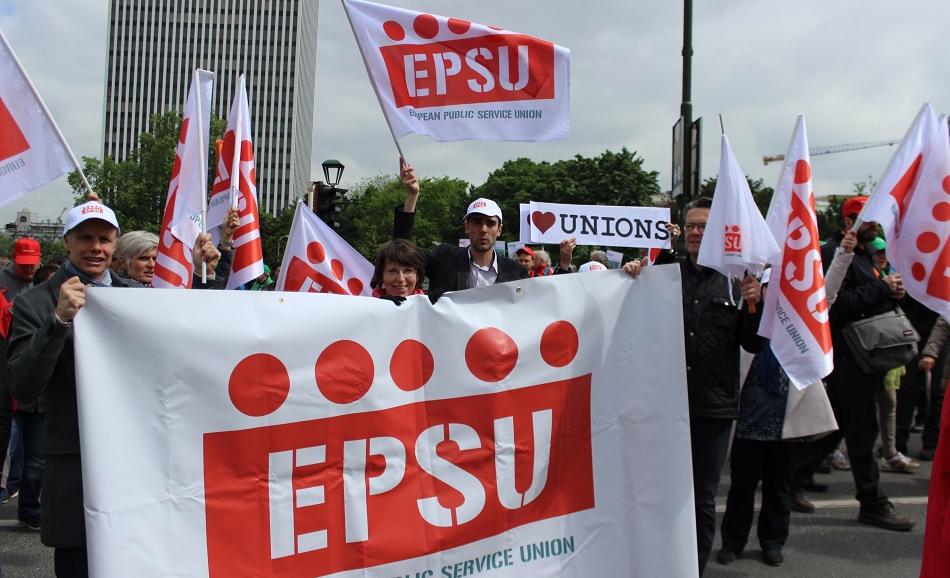 (31 May 2016) Belgian workers in health care and other public services have had enough. Train drivers, municipal workers, teachers and many more are protesting today.
Solidarity
Union Rights
Mar. 17, 2005

-* To renew the contracts to ensure better pay levels;-* To prevent privatization and contracting out of public services;
Solidarity
Union Rights
All PoliciesAll Policies