The agreement provides for mutual assistance to Georgian workers living in France and to French workers living in Georgia including providing information and support on workers’ rights, labour law, trade union membership and regularisation.

The text of the agreement is available in French:

up
553 users have voted.
Policies:
Migration

Across the world, people migrate, within and between countries, for economic and social advancement, meeting the demand for their skills, family reunion, simply for adventure, but many others are forc
Migration
May. 09, 2019 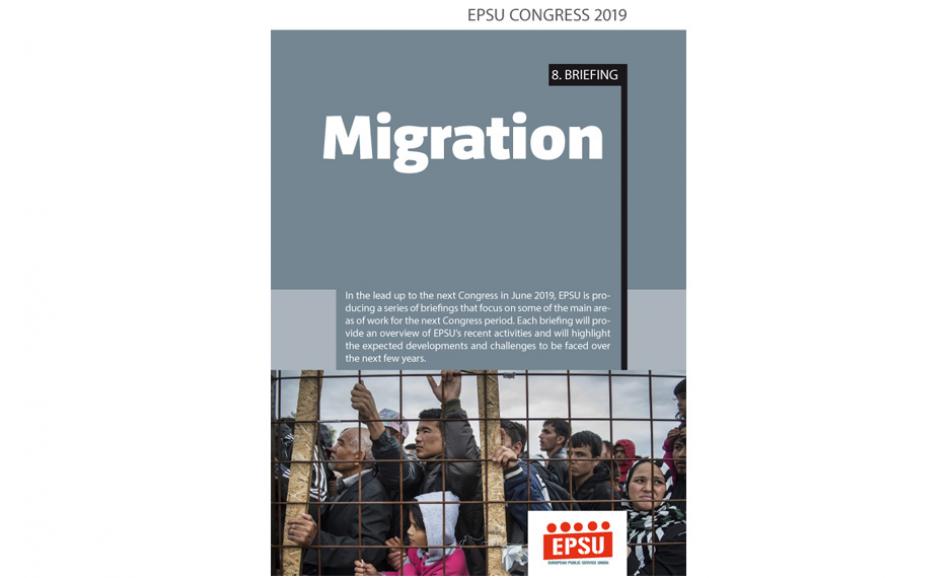 Arguing for a change of approach with regards to migration and changing the European Unions policies which continue to focus on tightening boarders is a major issue at the EPSU congress.
Migration
Oct. 18, 2013
2013 October epsucob@NEWS 16

The Kommunal municipal and health union has signed a new three-year health agreement with the KFO employers' organisation which represents mainly co-operative organisations. The agreement follow the pattern of others in the sector with a minimum SEK 1700 (€196) increase over three years for full-time workers, improved parental leave and a commitment not to require employees to work split shifts. The minimum wage previously applying to 19-year-olds will now apply from the age of 18.Read more at > Kommunal (SE)
All PoliciesAll Policies