Round Table on Privatisation of the Electricity Distribution Companies

EPSU affiliated unions in the Bulgarian electricity sector from Podkrepa and CITUB organised the Round Table, 29 January 2004, Sofia. It aims was to ask questions regarding the privatisation process of 7 electricity distribution
companies for which major European companies are now bidding. The unions also sought to formulate a common platform with consumer groups and others. It was addressed by the EPSU Deputy General Secretary pointing out the many
draw backs of privatisaton for users, business and workers. Reszo Gal, President of the Hungarian energy workers unions VdSZSZ explained the Hungarian experience which is largely negative. The conclusion was that liberalisation and in its wake privatisation do not deliver for citizens
what is promised by governments. Despite repeated invitations the Bulgarian,government representatives declined an invitation to defend there proposals. The electricity unions in Bulgaria are denied the right to strike. "We will
work with the Bulgarian workers to get them this basic trade union right", pledged the Deputy General Secretary. 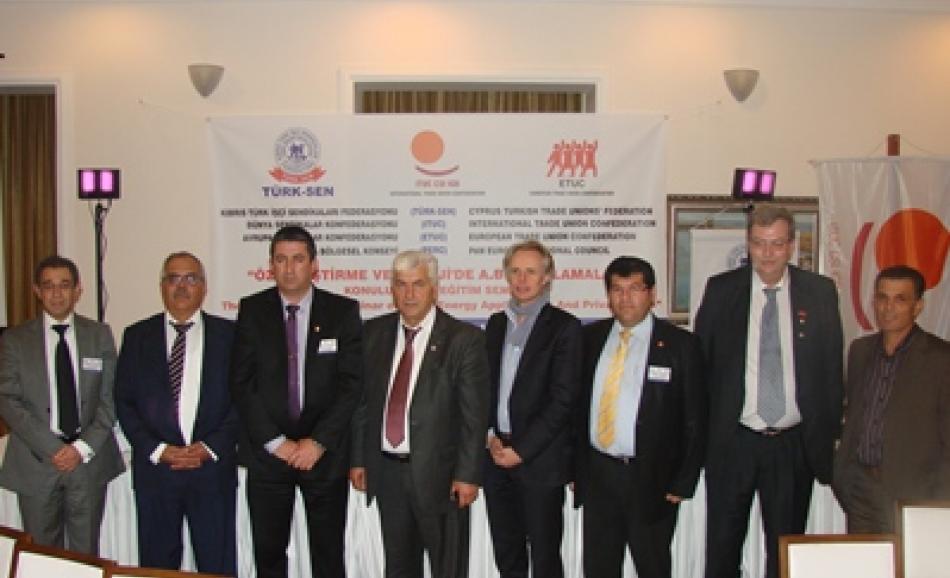 Fighting privatisation of the electricity company in Northern Cyprus

Restructuring and outsourcing of electricity distribution in EU