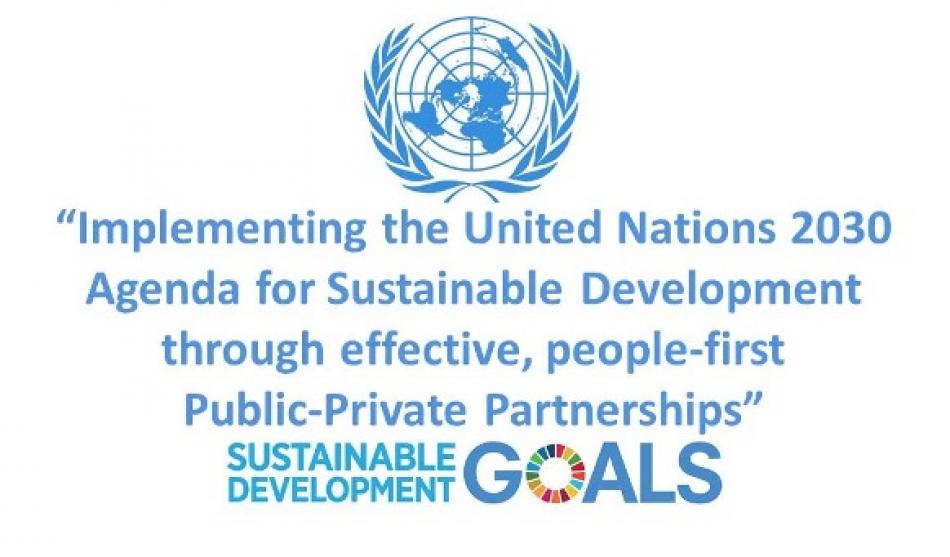 (5 April 2016) Public Services International (PSI) has criticised the United Nations Economic Commission for Europe (UNECE) for a lack of democracy and an almost demagogic bias in favour of the private sector as it tries to set global standards for Public-Private Partnerships.

A coalition of civil society organisations, including PSI, sent an open letter to the PPP Forum in Geneva ending on 1 April, challenging the UNECE PPP model for delivering public services.

PSI Deputy General Secretary David Boys said: ‘Critical voices are almost entirely absent from UNECE PPP work while corporations exert undue influence. Given the complexity of the issue, it is imperative that private sector participation be addressed with democratic and participatory processes to ensure the primacy of human rights and the pursuit of the public interest”.

“I agree we should have had better civil society representation in this process” admitted Executive Secretary of the UNECE, Christian Friis-Bach, after PSI voiced concerns of unions and other organisations at the plenary forum.

“Increased private involvement in UN decision making such as that on show at this PPP forum is of particular concern. We have seen that privatisation and PPPs often lead to job losses and a decreased accessibility to the essential public services which our communities need,” said Boys.

He suggested that the UNECE integrate the critical information contained in a recent UN paper, as well as other critical analyses referenced in the open letter.

At the outset, the chair of the UNECE PPP Programme, Geoffrey Hamilton, said there was no alternative but to use PPPs in order to reach the SDGs. David Boys challenged this view, pointing to growing use of public-public partnerships and to the wave of water remunicipalisation as alternatives and practices. An overhaul of the corporate tax system, which currently sees corporations avoid over $3 trillion in tax per year, could help to provide the much needed revenue to extend public services in line with the UN’s Sustainable Development Goals, Mr Boys said.

Conflicts of interest are clear in the UNECE work. Peter Ward, Project Leader for UNECE PPP standards in health, is also the health director at the John Laing Group, a private infrastructure corporation whose failings in a range of UK health PPPs led conservative MP Edward Leigh to describe the actions of their consortium as “the unacceptable face of capitalism.” Before floating on the London Stock Exchange in 2015, the John Laing Group was owned by Henderson Infrastructure, a holding company registered in Jersey, a well known tax-haven.

One of the high level panelists attempted to highlight the positive use of PPPs in the New Zealand prison system. Embarrassingly, Serco, the corporation involved in this case, recently lost their contract to run the Mt Eden Prison for poor performance. NZ Public Services Association National Secretary Erin Polaczuk made clear that “it was wrong to give Serco the contract in the first place.”