Also today the EU Commissioner for Trade, Cecilia Malmström, hosts a Trade Policy Day with the aim of taking stock of EU trade agreements to date and to discuss the future direction of European Trade policy. In the view of the European Commission trade agreements have brought big benefits to consumers in the EU and worldwide in terms of ‘broader choice and cheaper prices ’ and the European Commission advocates further boosting trade to ‘bolster economic growth without drawing on severely constrained public finances’ . No assessment is given however by the European Commission of how the EU trade policy has contributed to the implementation of universal fundamental rights such as health, education, water and sanitation, even though one of the stated goals of the European trade policy is to promote development. Furthermore, no assessment is given of the impact of that increased competition resulting from trade liberalisation has had on workers rights and environmental standards in a context of inadequate social, financial, and environmental regulation.

EPSU and ETUCE dispute the assertion that more liberalisation of public services at supra-national level will bring any benefits to ordinary people. This assertion ignores the evidence that fair and progressive taxation and other collective forms of financing are at the heart of building efficient and effective public services like health, education, water and sanitation that people depend on for their basic well-being. They reiterate therefore their demand for trade agreements to safeguard public services through an explicit and comprehensive carve-out from their scope.

EPSU and ETUCE point to the fact that the commercialisation of public services does not result in cheaper, more comprehensive services and higher quality services for citizens but rather siphons off public money to profit-making private companies. For example, outrageous amounts are charged in university fees of £9,000 a year in the UK and the average cost of employer-sponsored healthcare in the US is now $24,671 a year.

On public services day EPSU and ETUCE therefore call on the European Commission and public authorities to take a long, hard look at what makes for good health, education, or utilities and to stop actively encouraging profit-seeking in these areas when evidence shows this drains public resources rather than contributes additional funding, is less efficient, less fair and ultimely destructive of most people’s living standards.
Rather than ‘severely constraining public finances’ ETUCE and EPSU recommend increasing public investment through fair and progressive taxation, including through a strong action EU plan on corporate tax . This will release the necessary finance to improve democratically-run schools, hospitals, water treatment and other needed social and physical infrastructures in Europe and beyond. EPSU and ETUCE also support the petition against the privatisation of the Post-2015 sustainable development agenda and for democracy, not private interest, to be at the forefront of political decision-making.

EPSU is the European Federation of Public Service Unions. It is the largest federation of the ETUC and comprises 8 million public service workers from over 265 trade unions; EPSU organises workers in the energy, water and waste sectors, health and social services and local, regional and central government, in all European countries including the EU’s Eastern Neighborhood. EPSU is the recognized regional organization of Public Services International (PSI).

- 7 November 2011: Seminar of the Pitfalls and Prospects for the Protection of Public Services
Trade
Jun. 21, 2019 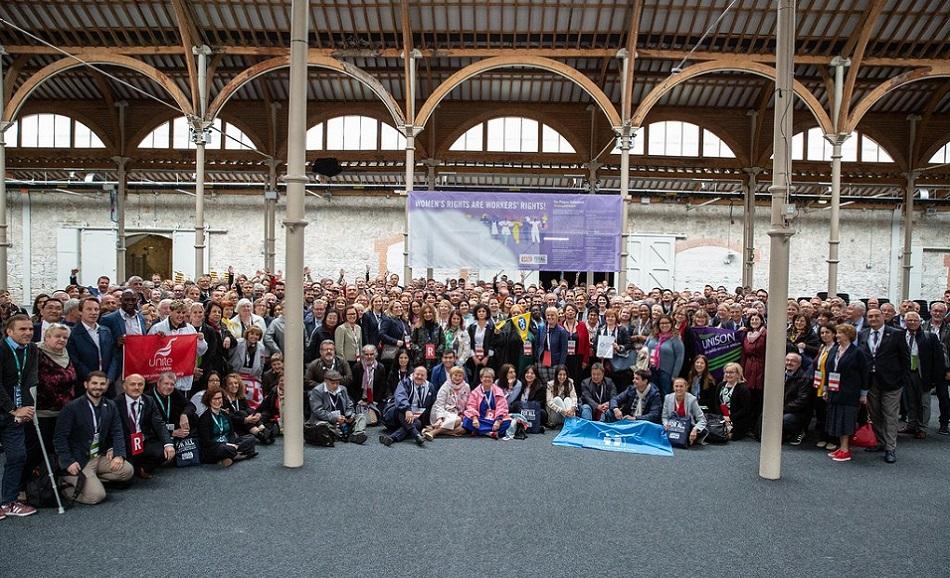