EPSU statement on prison overcrowding and the European Day of Action

On 14 September 2007, in Brussels, trade union delegates organising prison services from
8 European countries agreed to a European Action Day to protest at overcrowding of
prisons and the deterioration of working and living conditions.

On 14 September 2007, in Brussels, trade union delegates organising prison services from
8 European countries agreed to a European Action Day to protest at overcrowding of
prisons and the deterioration of working and living conditions. This Day is part of the EPSU
action plan on prison services as adopted by its Executive Committee on 4 June.

The date is 28 February 2008, set to coincide with the EU Council of Home and
Justice Affairs Ministers.

A majority of prisons in the EU are facing an overcrowding problem with an average of 25%
more detainees than was designed for. This means massive strains on the health and
safety of staff and detainees, as well as operational and security systems. Overcrowding is
affecting the basic human right of some 300.000 prison workers to work in a safe
environment. This is in breach of the Council of Europe's prison rules, which recognise
prisoners' right to human dignity and privacy. Chronic understaffing in many prisons is
another related issue preventing proper supervision and rehabilitation of prisoners.

Underfunding of the criminal and social justice systems and increasing prison population in
the EU - which currently stands at more than 600.000 - are the main causes of
overcrowding.

The solution is not to build new prisons and resort to privateers. Instead, the aim is to
improve the working and living conditions in prisons and reduce the numbers of prisoners by
improving and investing in prevention, legal protection, alternatives to imprisonment and
rehabilitation.

The Action day on 28 February will synchronise a European demonstration in Brussels and
other activities by EPSU affiliates across Europe. Its aims are to:
- raise awareness of the human and financial cost of prison overcrowding, underlining its
European (and global) nature and the human rights angle;
- promote common trade union demands at national and EU levels;
- underline the importance of social dialogue and trade union rights to improve working
and living conditions in prisons;
- stand up for the rights to liberty and the presumption of innocence, equal treatment of all
citizens in the EU common area of freedom, security and justice, and the EPSU
campaign for an EU framework on public services.

On the Action Day EU policy-makers will also be reminded to comply with and promote
trade union rights, as recognised by the EU Charter of Fundamental Rights due to become
binding at the end of the year.

These actions will be led by EPSU and its affiliates organising prison service workers in the
following countries:

For more information about the 14 September meeting please go to: www.epsu.org/a/3074

Read the full text in the EPSU statement (in English, French and Italian). 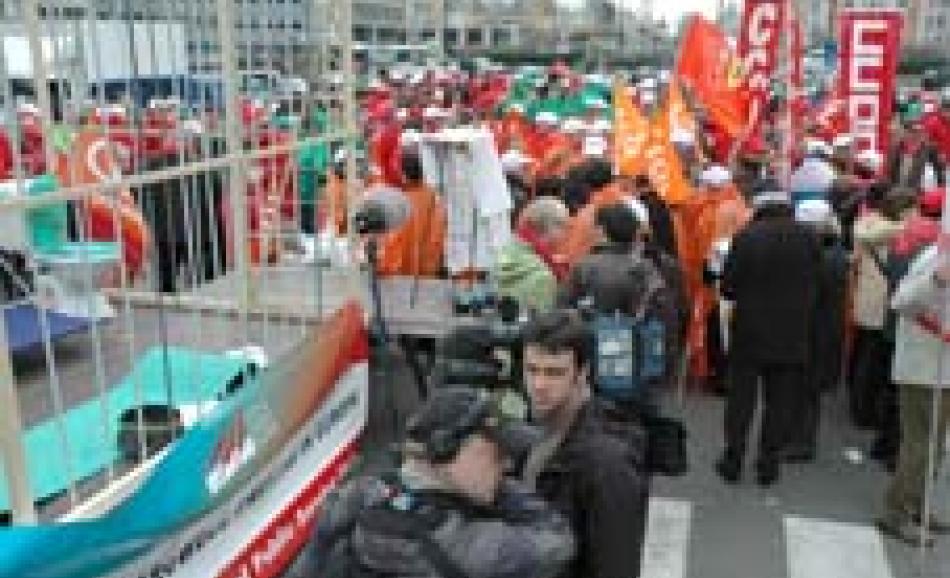