U.K.
Unions have launched a campaign against the Conservative government's Trade Union Bill which, if passed, will seriously undermine the right to strike. The provisions include allowing agency workers to replace strikers and strict new rules on picketing. The major worries for the public sector are thresholds for ballots in "important" public services and a threat to facility time for trade union representatives as well as an attack on the check-off system where employers collect union subscriptions. The ballot rules would require 50% of members to turn out to vote and 40% of the entire membership to vote in favour of action (that amounts to 80% of those voting, on a 50% turnout). EPSU and PSI have written letters of protest to the UK government and EU Employment Commissioner Thyssen.
Read more at > TUC
epsucob:
2015 September epsucob@NEWS 13

Trade unions have reacted angrily to new proposals from the Conservative government that, if passed, will seriously undermine workers' rights and restrict the right to strike. For example, the Bill sets out new thresholds for votes for industrial action. Strikes would be unlawful unless 50% of those being asked to take action vote in the ballot and in key public services (education, health, fire, transport, border security and energy), there would have to be a 50% turnout and 40% of all those eligible to vote must back the strike.Read more at > UnisonAnd at > UniteAnd at > GMBAnd at > PCSAnd at > FBUAnd at > RCMAnd at > ProspectAnd at > RCN
Sep. 16, 2015 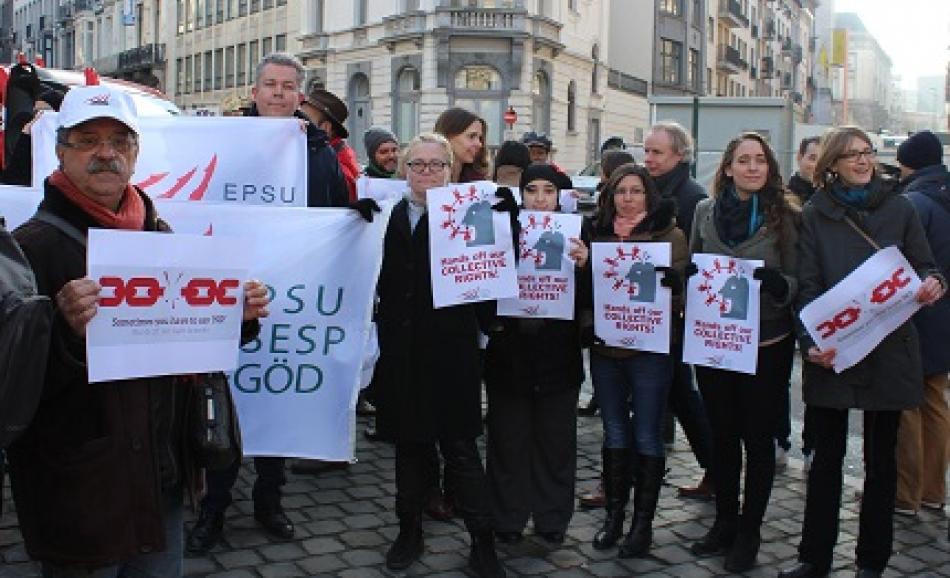 (18 February 2015) On the global day of action in defense of the right to strike, EPSU staff joined the event organised by the Belgian unions FGTB, CSC and CGSLB, the Liga voor Mensenrechten, ETUC and
Union Rights
All PoliciesAll Policies