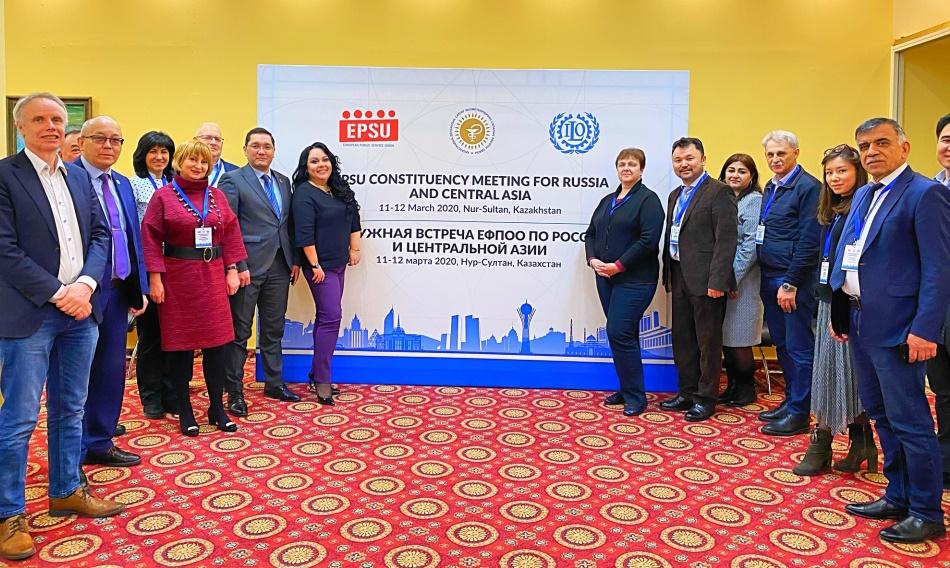 (Brussels, 13 March 2020) Trade union representatives of the Russian and Central-Asian affiliates met with the Kazakh health workers trade union. We were updated on the situation regarding trade union rights in a further sign of our continued solidarity.  The Kazakh health workers trade union, its local branches and trade union activists have been under pressure for more than 2 years. This followed the decision of the union to leave the official trade union confederation over issues regarding trade union democracy. The union lost a large number of its members as the government and official confederation put pressure on workers to leave the union, threatening job loss if not. Due to the consistent actions of the Kazakh union’s leaders and the European, constituency and global support, including in the ILO’s Committee of experts, the situation has improved. A  representative of the health ministry attended our meeting. We discussed with the local ILO representative the trade union law and labour code and the recommendations made by the ILO to bring them in line with the relevant ILO conventions. A trade union colleague of the Central Asian Labour Rights Monitoring Mission gave an overview of the situation regarding trade union rights in several Central Asian countries.

The unions exchanged information on the impact the Coronavirus (COVID-19) is having on the health systems and public services in their countries. The number of cases is very low in the countries of Central Asia as restrictions were put in place over travel from China and other places directly. Unions were having discussions with the government over the level of preparedness, the availability of personal protective equipment, payment during illness and self-quarantine and the possibility for medical staff to work in dangerous situations when protocols are not adhered to. Unions demand funding for public health care and economic stimulus programmes.

Several unions reported a continuous fall in membership and exchanged on efforts of unions to increase membership. The meeting took place 11-12 March 2020 in NurSultan, Kazakhstan. It was the last EPSU meeting before travel and meeting restrictions became effective and we decided to cancel all meetings for the time being due to the Covid-19 pandemic. The EPSU General Secretary took part. He further met with representative of the EU delegation to discuss the work of the human rights defenders and the general programmes of the Commission in Kazakhstan. 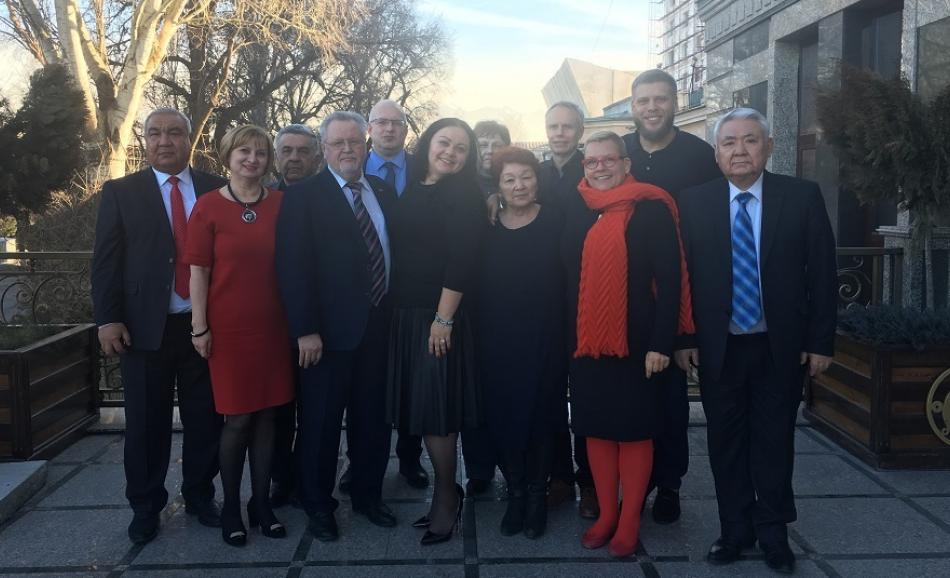 Outsourcing of laundry services in hospitals, the establishment of private clinics and how to represent and defend workers were some of the developments that confront the Kyrgyz and Tajik health unions.
Economic Policy
Recruitment & organising

To access the meeting documents please login into the members area