The European Trade Union Confederation (ETUC) has released figures showing how pay increases in many countries across Europe have lagged behind productivity developments over the period 2010-2019. Wage rises in 15 European Union Member States have been anything from 0.2% to 35% lower than productivity increase over that period. The ETUC is calling for "action to support stronger collective bargaining. When workers can bargain for their fair share of productivity gains the median wage increases which makes it more likely that 60% of the median wage amounts to a minimum wage from which workers can make a living."

Public service union IMPACT reports that public sector pay increases are below those in the private sector. The latest official figures put public sector increases at 3.6% compared to 4% in distribution and business services, 4.4% in industry, 6.3% in the finance sector and 6.4% in construction. The union argues this has become a persistent trend.Read more at > IMPACT (EN)
Jun. 08, 2017
2017 June epsucob@NEWS 10

(June 2017) Public sector workers get a 6% pay rise this year and the same again next year, if the current economic climate is maintained. This agreement was promoted by the KOZ confederation and picked up by the ETUC Pay Rise campaign which also reported on the push for a higher minimum wage in the country. 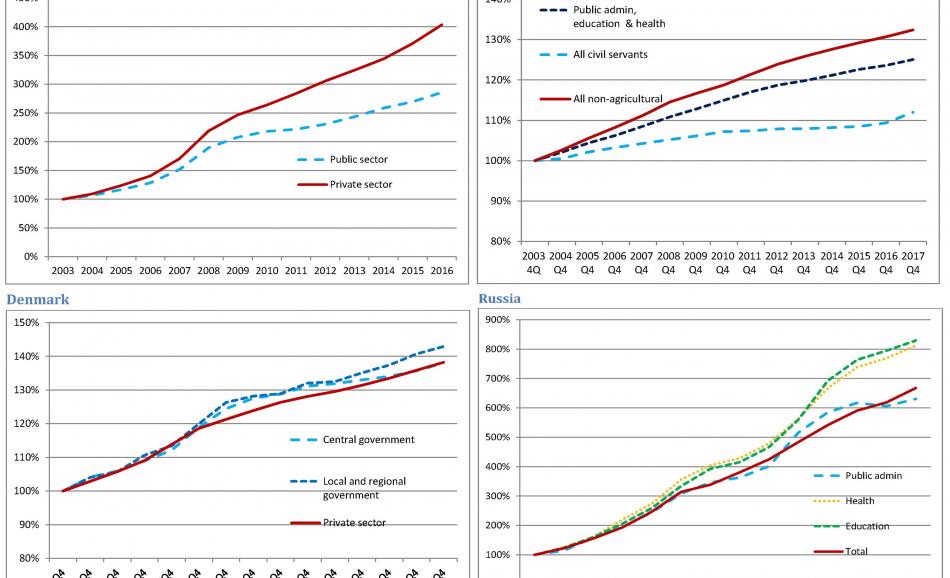 Public sector pay trends were the focus of much debate in the years following the economic and financial crisis.
Collective Bargaining
All PoliciesAll Policies