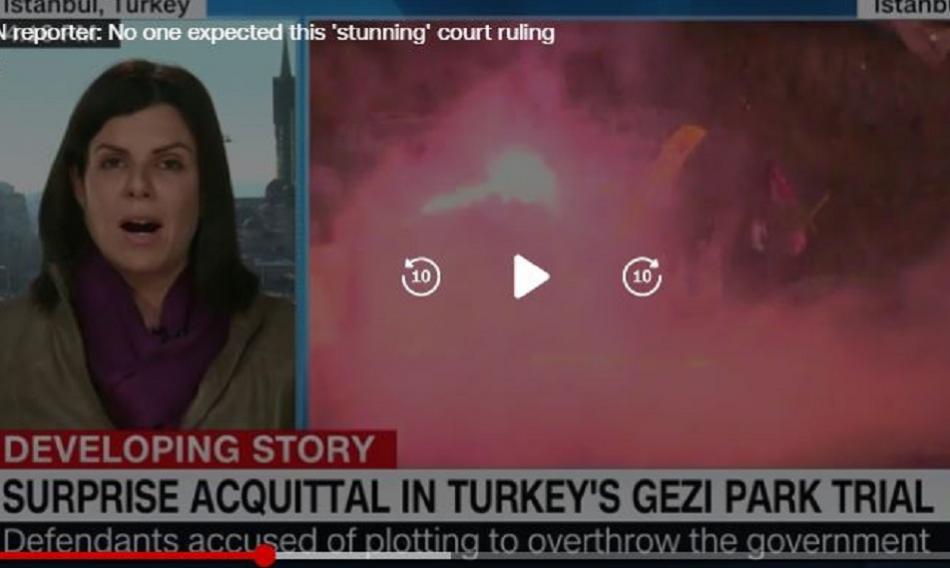 (19 February 2020) The verdict of the Istanbul Court to acquit the Gezi park protesters arrested on charges to overthrow the democratically elected Turkish government (in 2013) was welcomed, Tuesday 18 February. With many in Turkish society and the international community, EPSU was relieved of the verdict in a case that clearly was meant to silence protests and dissenting voices. It is a stark reminder of the many unionists facing trial in similar “made-up” cases related to unionists speaking out against government policies in demonstrations, meetings and public debates using their democratic and trade union rights. The government tries to link them to terrorism. Representatives of the European and global unions will be participating in a number of forthcoming public hearings. We continue supporting our union colleagues.

The arrests were related to the protests of thousands of people against plans of the Erdogan government and the then mayor of Istanbul to convert the wellknown Gezi Park into imitations of barracks resembling those of the Sultans in 2013. Gezi park was one of the few green spots in the city. 8 people and a police officer died in the protests. Some of the defendants faced life-long imprisonment on charges of supporting terrorism. The European Court of Human Rights in December 2019 declared that the imprisonment of Osman Kavala served no other purpose then to silence them and to have a chilling effect on Turkish society preventing others from speaking out.  The Court ordered Turkey to release him immediately. This was ignored like in other cases.  The trial took place under large international scrutiny including of MEPs, EU ambassadors and human rights organisations. Osman Kavala, well-known businessman and former member of the Open Society Board was among the defendants.

But just hours after his release from the maximum security prison of Silivri near Istanbul, Kavala was charged with links to the attempted coup 15 July 2016. He was arrested again. MEPs, foreign offices, and human rights organisations spoke out against this. Amnesty International stated “Re-arrest of Osman Kavala smacks of calculated cruelty.” EPSU and other union representatives will attend public hearings on 26 February and 3 March in cases of made up charges serving no other purpose than to attempt to silence critical unionists and others in society.

For earlier articles of EPSU on Turkey:

On 19 November some 7500 people took part in a demonstration in the Hague as part of a long-running campaign to secure a new collective agreement in the sheltered employment sector. However, the FNV was outraged when 30 protestors were arrested for occupying the VNG local government employers' offices. They were later released but missed the summit meeting between the union, employers and Ministry of Social Affairs. Read more at > FNV (NL)And at > FNV (NL)
Sep. 29, 2011

Firefighters employed by the Madrid authorities have set up camp in the Paseo del Prado to highlight to local citizens the state of the city’s parks and problems around staffing shortages, lack of investment and the poor state of vehicles. The union says the problem has deteriorated over the last 18 months, contributing to an accident in the park near Plaza de Manuel Becerra in which three firefighters were injured.Read more at > FSC-CCOO (ES)
All PoliciesAll Policies