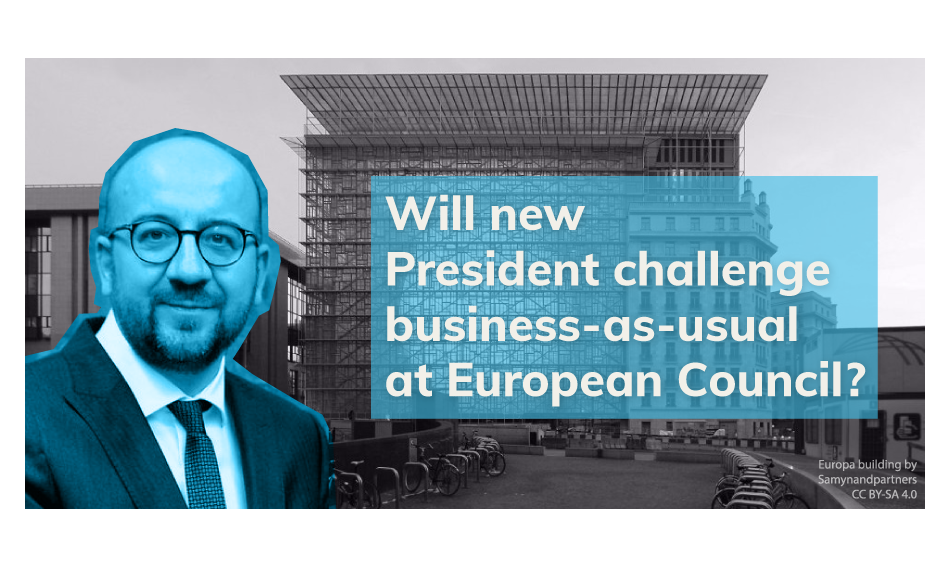 (Brussels, 28 November 2019) As Charles Michel prepares to take office as President of the European Council, the Alliance for Lobbying Transparency and Ethics Regulation (ALTER-EU) has sent him an open letter outlining ten crucial challenges that he must address during his term, relating to the rule of law and transparency.


EPSU became a founding member of the ALTER-EU coalition in 2005, together with over 160 other public interest groups, academics and trade unions from across Europe. The coalition has since campaigned to expose and diminish the influence corporate lobbyists hold over the EU’s political agenda. As we congratulate Michel on his new position as President of the EU Council, EPSU and other ALTER-EU affiliated organisations call on him to take a tough approach on the rule of law, corporate capture, lobby transparency, and ethics.

The former Prime Minister of Belgium will take office as President of the European Council this Sunday. Over the next two and a half years, Michel will play a key role in steering the political agenda of the EU. In light of the “New strategic agenda 2019-2024” adopted by the European Council in June, the open letter demands he challenges the business-as-usual approach of the European Council, and commits to preventing corporate capture and boosting transparency. The letter was signed by EPSU and other civil society organisations from the health, environment, arms, finance, food, social justice, public services, and human rights sectors.

up
119 users have voted.
Policies:
Transparency & Corruption
Other organizations:
Council of Ministers/European Council

European Commissioner Louis Michel responded in a letter addressed to the different signatories of the open letter.
Water
Oct. 21, 2013

(21 October 2013) EPSU is part of the Alter-EU coalition that strives for more transparency of lobbying in EU policy.
Transparency & Corruption
Nov. 12, 2014