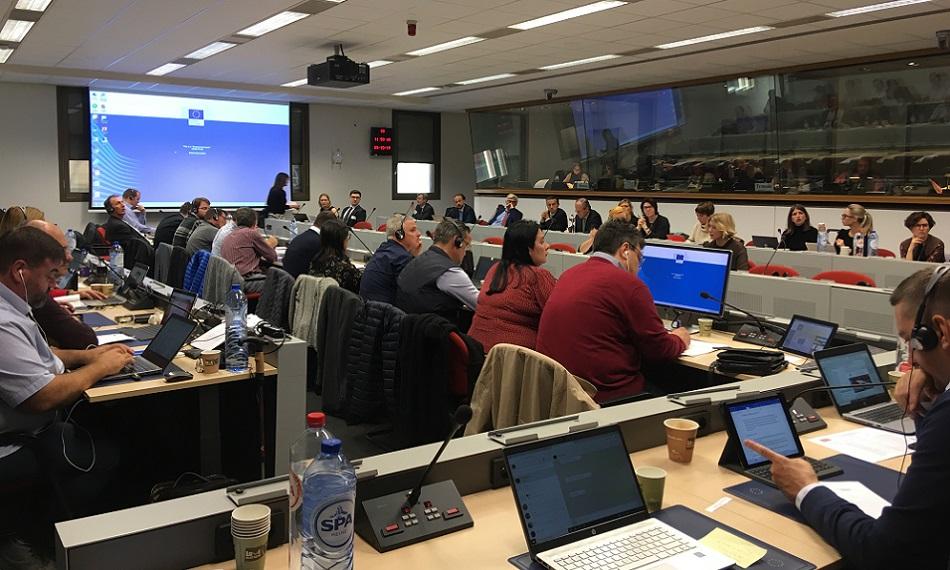 (30 October 2019) On 28 October 2019, The European trade union federations, EPSU and IndustriAll-Europe, and the industry association Eurogas, restarted their European Social Dialogue in the gas sector, which has been dormant since 2012. In their plenary meeting the Social Partners addressed the role of gas in a decarbonised European economy and the impact of the energy transition on workers in the European gas industry.

A work plan for the committee’s work for the next two years was debated and adopted by employers and unions. This work plan largely focuses on the future of gas in a decarbonised Europe and the effects that the decarbonisation process will have on workers. As with many industrial and energy sectors, there are challenges in the near future in light of the continent’s decarbonisation. The social dialogue committee is committed to the EU’s climate targets and to contributing to the transition while understanding gas’ place in Europe’s energy mix.

With challenges on the horizon for the gas sector, the input from the European Commission was warmly welcomed by the social dialogue committee. The Commission clearly underlined that effective and constructive social dialogue will be absolutely essential to achieving a just transition to a decarbonised continent.

Secretary-General of EPSU, Jan Willem Goudriaan stated that “The gas sector is currently at a major turning point. It must reinvent itself to be part of the decarbonisation strategy currently shaped by the European Institutions. These evolutions must be anticipated in order to avoid any negative consequences and to offer clear perspectives to the workers. The just transition that workers and local communities deserve can only be effective through the strong involvement of the social partners at all levels. Today, the European social partners in the gas sector take up their responsibility!”.

In the coming years, the social dialogue committee will pursue a project on skills to ensure workers have the rights skills to ease their integration into the labour market and to master challenges the gas sector will be faced with.

This first meeting was an important step to ensure workers have a clearer picture about the future of their sector. With the transition to a decarbonised economy, there is an ever-growing need for cooperation to achieve the shared interests of workers and employers in the sector.