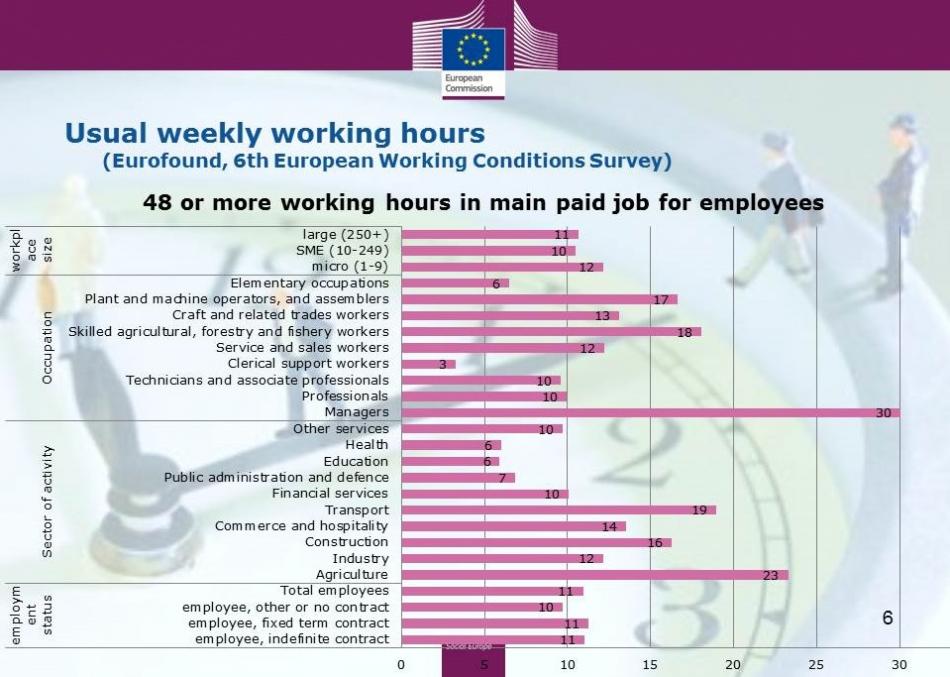 On 14 May the European Court of Justice (ECJ) issued a key ruling that effectively requires all employers to record their employees' working time.

The ruling was in a case taken by the Services Federation of the CCOO confederation (FS-CCOO) in Spain against German multinational, Deutsche Bank.The union challenged the Bank over the need to record working time to ensure that overtime hours were properly noted. The Bank argued that Spanish law did not require it to record working time.

In its ruling the ECJ noted the right of every worker to a limit on working hours as detailed in the Working Time Directive and the requirement on Member States to ensure that workers actually benefit from these rights. It went on to say that without a system of working time measurement, "it is not possible to determine, objectively and reliably, either the number of hours worked and when that work was done, or the number of hours of overtime worked, which makes it excessively difficult, if not impossible in practice, for workers to ensure that their rights are complied with."

The Court, therefore, found that "Member States must require employers to set up an objective, reliable and accessible system enabling the duration of time worked each day by each worker to be measured". It leaves it to Member States to define the specific arrangements.

This is a significant ruling which could benefit the millions of workers who work long hours of currently unrecorded overtime. It is also important for those countries which have allowed employers to introduce an individual opt-out from the 48-hour maximum average working time limit and which should, already have in place a system to record the hours of any workers who have signed the opt-out, although there is limited evidence that most employers do this.

Court rules that standby time can be working time

The European Court has ruled that the government's guidelines on the UK's Working Time Regulations are wrong and should be changed. The wording says that: “employers must make sure that workers can take their rest, but are not required to make sure that they do take their rest”. The Court ruled that this does not place a clear obligation on employers to ensure that employees to actually take the minimum required rest period.Read more at > TUC (EN)And at > euobserver (EN)
May. 16, 2019
2019 May epsucob@NEWS 10

On 14 May the European Court of Justice (ECJ) issued an important ruling that effectively requires Member States to establish rules for employers to record their employees' working time. In a case about overtime brought against Deutsche Bank by the FS-CCOO services federation in Spain, the ECJ stated that workers' rights to protection as afforded by the Working Time Directive cannot be properly ensured unless there is an objective measure of their working hours. The Court said it is up to Member States how they ensure that employers comply with the ruling.