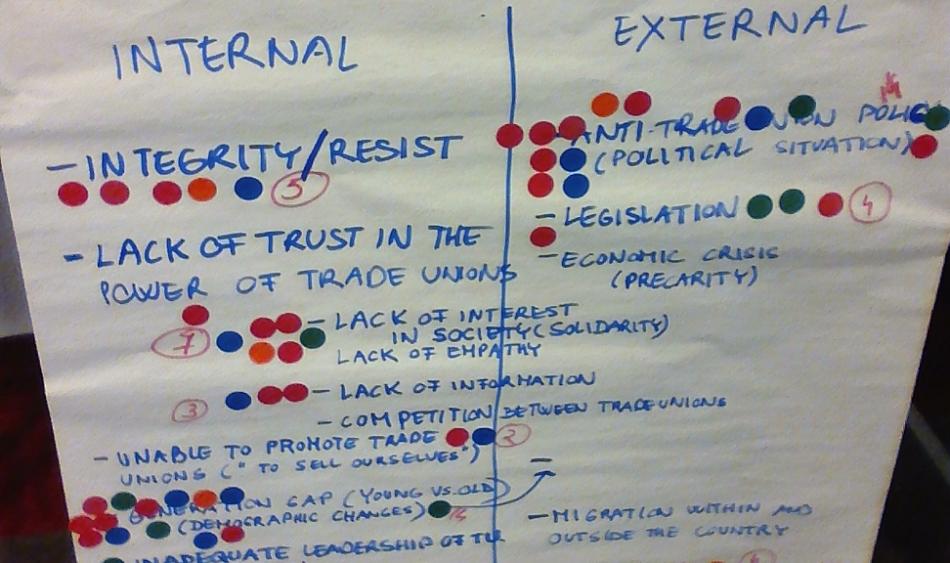 Eight EPSU affiliates from Central and Eastern Europe took part in a training seminar in Brussels at the end of January to further develop their recruitment and organising work. The meeting was organised for EPSU by the European Trade Union Institute (ETUI) and was the latest in a series of collaborations on this issue.

The aim of the seminar was to follow-up previous initiatives with the eight unions, all of which had attended meetings or training sessions on recruitment and organising. The 19 participants came from four unions from Hungary (childcare, culture workers, energy and municipal services) and four health unions from Serbia, Croatia and the Czech Republic.

The initial discussion on strategy was introduced by Greg Thomson, former head of strategic organsing at the UK public services union Unison. It revealed a range of approaches with some unions yet to develop a clear strategy on recruitment and organising that would address the main challenges and set out how the union would respond in terms of resources, staff, targeted sectors and workplaces and form the basis for how they would then draw up specific campaigns. However, it was clear that whether or not they had an overarching strategy some unions had run new and successful recruitment campaigns.

From these cases the participants discussed a number of important elements such as the need to listen to workers and identify the issues that the union could deliver on. These might not be the issues that the union expects and in one case, a union found that successfully dealing with complaints about toilet paper demonstrated how it could work for members and improve things at the workplace. The discussion also underlined how important it was to report and advertise union successes, even the small ones.

Another key session covered the arguments for and against joining a union that often played out in one-to-one recruitment. The final debate turned around future work and what kind of support EPSU could provide in terms of finance, advice and further training.

EPSU is very grateful for the contribution of Valerica Dumistrescu of ETUI in organising and running the seminar and her colleague Nathalie De Vits for dealing with all the practical arrangements. 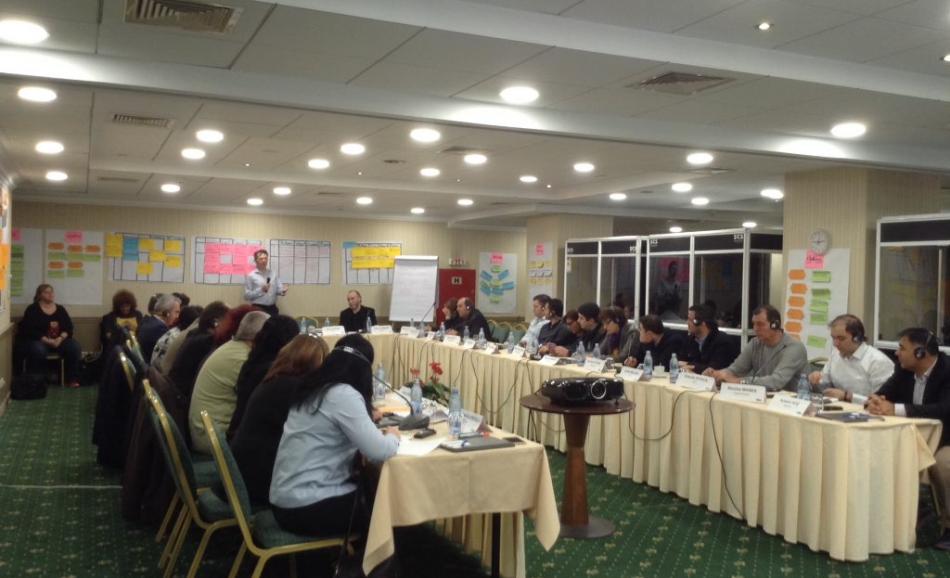 Representatives of 12 EPSU affiliates in South East Europe met in Bucharest last week to discuss how to improve their recruitment and organising strategy and tactics.
Recruitment & organising