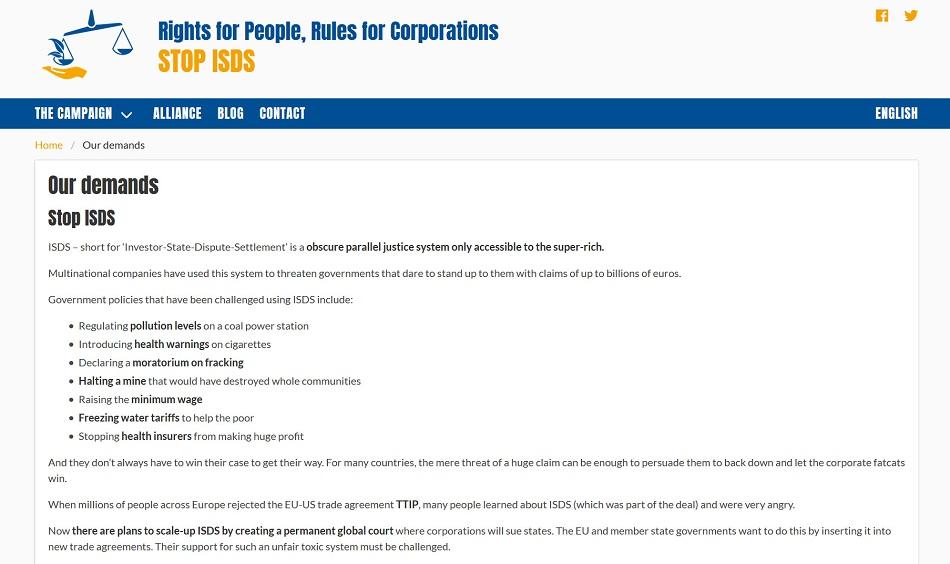 (20 February 2019) EPSU and PSI recently signed up to a broad alliance that is campaigning to end Investor-State-Dispute-Settlement (ISDS), a parallel justice system only accessible to corporations.  This brings together over 100 organisations, trade unions and social movements opposed to the unfair system of Investor to State Dispute Settlement (ISDS) and in favour of corporate accountability rules for companies. You can find more information here: https://stopisds.org/join-our-alliance/

The alliance has launched a petition across 16 EU Member states, calling on the EU and European governments to end corporate privileges by withdrawing from existing trade and investment agreements containing ISDS clauses, and to exclude them from agreements in the future.  Rather than dismantling ISDS -  as many citizens have called for -   the EU has plans to scale-up ISDS by creating a permanent global court. The EU wants to do this by inserting the court into new agreements, most recently with Singapore.   Multinational companies have used ISDS to challenge public policies and weaken regulations in the general interest.  In order to stop ISDS  the European Parliament and Member States need to oppose these new deals and get rid of existing ones. Corporations and the super-rich do not need a separate system to protect their rights.Human beings need more rights, corporations do not.

In recent years ISDS cases have led to awards of over $50 Billion USD from the public purse to private investors - more than the GDP of most nations.  Furthermore, there has been an explosion of known cases in the last 20 years, from less than 10 in 1994 to 608 in 2014, of which 80% come from global corporations based in the US and Europe.  US-based companies are by far the most frequent users, with twice as many cases as the country of the next largest users. Most cases are won by investors.  Experts including Australia’s Chief Justice have raised serious concerns that  ISDS is not independent or impartial. The ECJ recently ruled intra-EU ISDS cases are “incompatible with EU law.” The EU Commission's public consultation on ISDS led to over 97% of respondents rejecting these corporate privileges.  The EU has recognised shortcomings with ISDS  (and recently  described ISDS as “the most toxic acronym in Europe”).   However, the  EU’s current attempts to reform  ISDS -  ICS and MIC – do not solve the problems.  ISDS cases are usually heard by secretive courts made up of just three private arbitrators, appointed as “judges” - many of whom have previously worked for the companies taking cases.  Even if a government wins the case, a 2012 OECD study found ISDS cases last for 3 to 5 years and the average cost is US$8 million per case, with some cases costing up to US$30 million.  A recent WTO Working Paper found no empirical evidence that ISDS increases investment.  ISDS has no system of precedents or appeals, so the decisions of arbitrators are final and can be inconsistent.

Alongside the campaign to end ISDS, campaigners and social movements from across the world want to see a global system that holds multinationals to account when human rights are abused.  Currently there are discussions in the United Nations (UN) for a Binding Treaty on multinational corporations and human rights.  In some countries there are also positive legislative developments, such as the French Duty of Vigilance legislation that could provide a model for EU legislation.  Such legilsation would oblige corporations to take responsibility for ensuring that human rights are not being violated anywhere in their global supply chains.  However the US, most European governments and others are entrenching ISDS  and do not yet support the UN binding Treaty.  We need to make our voices heard!

(19 April 2012) 15 years ago Corporate Europe Observatory (CEO) was established (1997). Its mission was to explore if and how corporate interests are capturing the Commission.
Transparency & Corruption
Feb. 03, 2015

(3 February 2015) On 3 February EPSU took part in a hearing on ISDS and investment protection in the European Economic and Social Committees (EESC).
Trade
Sep. 11, 2017 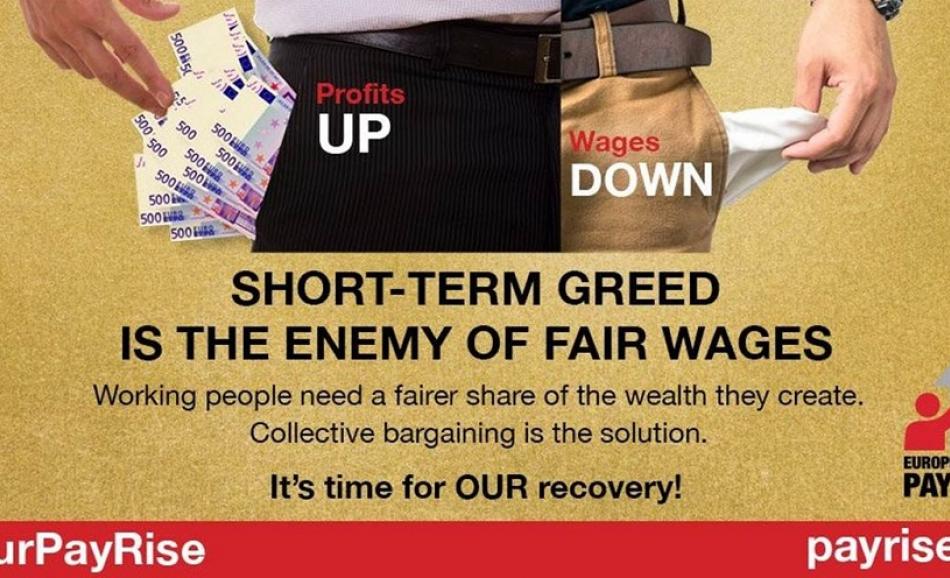