Social services workers employed by non-profit organisations had already voted for a one-day strike on 14 February but there are now plans to extend the action with a two-day strike in the week beginning 19 February. The strike has been called by the SIPTU trade union to put pressure on the government to agree extra funding for so-called Section 39 organisations. These organisations provide many social services on a par with public sector providers but Section 39 employees have so far been denied the pay restoration measures that have been agreed in the public sector. EPSU has sent a solidarity message. See also earlier epsucob@NEWS articles last month and in November and December 2017. 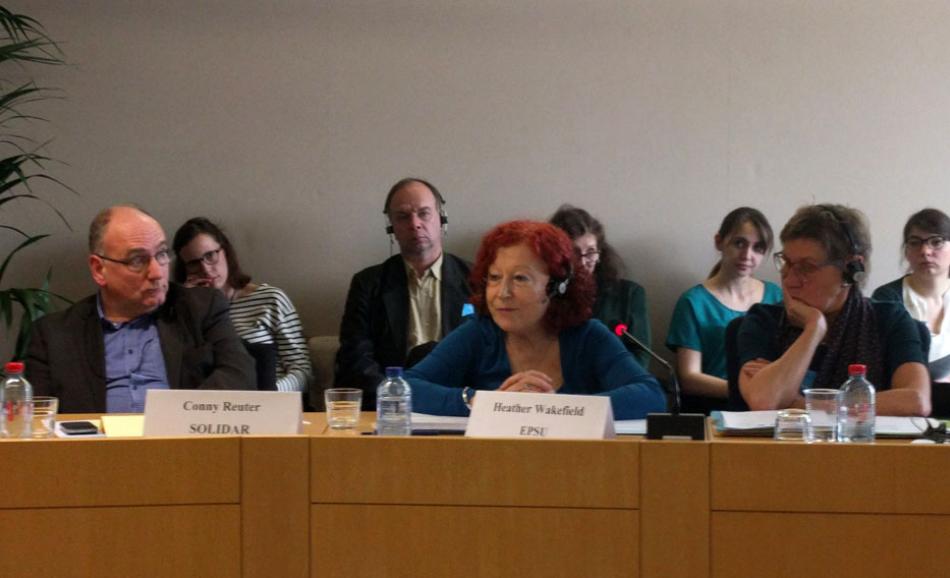 Social services like childcare, elderly care and services for people with disabilities, have been one of the biggest job creators since the crisis.
Social Dialogue
Social Services

Building company networks and EWCs in health and social services

2nd meeting of the project : Korian

For the meeting documents please log in to the members area

Building company networks and EWCs in health and social services