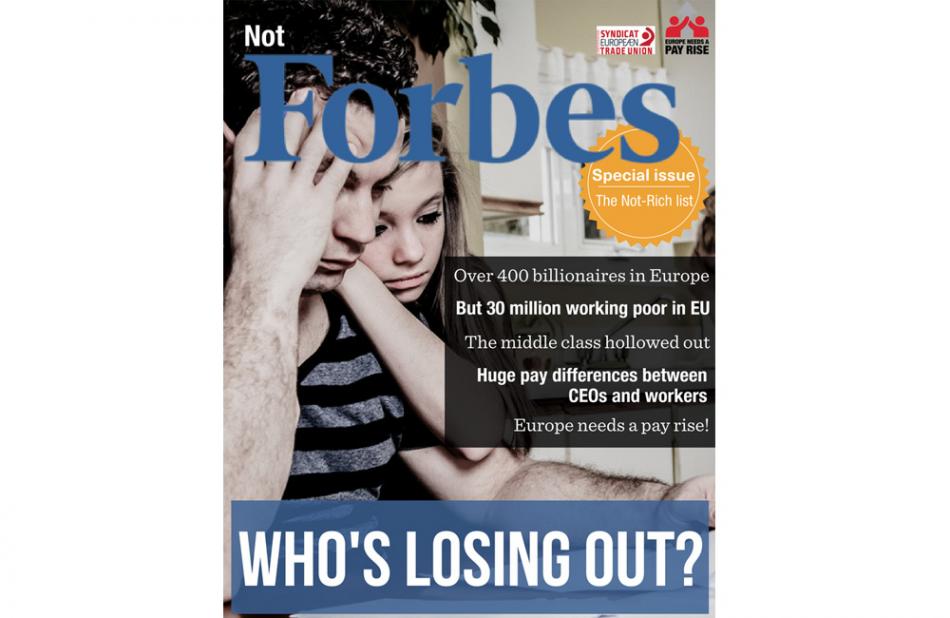 (19 April 2017) Forbes magazine publishes a list of billionaires each year. The 2017 list has 445 billionaires from the countries of the EU. Their combined net worth, according to the magazine, is over €1.3 trillion.  At the same time, there are 30 million Europeans who are both working and in danger of falling into poverty. These are people on low pay, in precarious jobs and in other ways exploited. ETUC published a faux cover of Forbes. It highlights the contrast between rising executive pay and those who work hard, but are stuck at the bottom. It is part of European trade unions “Europe Needs a Pay Rise” campaign.

EPSU’s General Secretary Jan Willem Goudriaan says “There was a time that CEOs that took out 5-6 times or more money as the average wage of their employees were called thieves of their company and their workers. It is high time that we regulate maximum pay for CEOs/management, and get greater pay transparency. “

For an ETUC briefing paper on pay ratios

(26 April 2013) The ETUC Executive Committee adopted a position on the social dimension of the European Union 23 April.
Economic Policy
All PoliciesAll Policies