No to commercialisation of care – yes to right to quality care, decent pay and safe staffing

Published at the end of January, the book Les Fossoyeurs (Gravediggers) has caused a scandal in France. It is the result of a three-year investigation into the working of the private elderly care industry. Author and journalist Victor Castanet explores in great depth the consequences of the commercialisation of care by focusing on the two largest French multinational care companies Orpea and Korian. Based on interviews with many workers and residents he details how these companies cut corners to increase profits to expand and grow.

Castanet shows how public funds flow to these companies, but they are not used to improve the quality of care, pay workers appropriate salaries or employ sufficient staff. The book has opened a can of worms. Many residents and their families, workers, and former management representatives have been coming forward with stories and are finally being heard, while the French government has ordered investigations. On 3 February, EPSU organised a meeting of the unions organising workers in ORPEA to learn from the French unions directly, to discuss what is happening in the various countries where the company has subsidiaries and to plan responses.

Action of workers in Orpea…

On 8 March the French union CGT-Santé is organising demonstrations in protest at the treatment of workers in ORPEA and other private companies in elderly care. The company has targeted CGT trade union representatives in particular and the book includes evidence of it manipulating elections for workers’ representation. These resulted in representatives of our affiliates FO- Santé and CFDT- Santé being removed from the works council. We will meet again with the unions on 17 February to discuss how best to organise our solidarity.

…and World Women’s Day on 8 March

The problems in elder care make actions on 8 March highly relevant as the largely female workforce in the sector is often not recognised, with many now suffering stress and burnout from dealing with the pandemic and even Long-Covid as a result of the failure of employers take their health and safety seriously. Unions keep fighting for more equality and you will recall the incredible strike of the women in social care, early years’ education and others in Glasgow in 2018. EPSU affiliates Unison, GMB and Unite are balloting again for strike action as the employer has failed to honour the agreements that were reached. Meanwhile, more action is foreseen in Slovenia where health and care workers, mostly women, are seeking higher pay and safe staffing levels. Their strike is planned for 16 February and EPSU is on their side.

Alternatives to commercialisation of care

The French scandal and similar problems elsewhere, in Belgium and Germany for example, underline that profit-maximisation should have no place in the elderly care sector. To generate profits residents and workers are exploited. Many of our unions are campaigning against the commercialisation of care and with some noticeable successes, particularly in Sweden and Norway. Scandals in private elderly care homes in Sweden in 2011 exposed how companies were cutting corners and they lost contracts as a result. However, a recent government report and study published by the municipal services union Kommunal on how the sector reacted to the pandemic underline how structural shortcomings persist. Meanwhile, municipalities in Norway are leading by example and not only bringing private elderly care back in-house, but also saving money in the process. There is nothing inevitable about the commercialisation of care. It is a political choice that EPSU unions and many others oppose and the growing group of unions and organisations that are signing up to the PSI manifesto to rebuild the social organisation of care testifies to this.

The French elderly care scandal is a story of neoliberalism

Governments in many countries have stimulated the creation of a market for elderly and other long-term care as well as home care, providing incentives to the private sector to invest. At the same time governments have cut back on the regulation, control and oversight of the private care market. This is an example of neoliberalism.  The scandal in France and elsewhere is as much a story of putting profits over people as it as of political parties in government outsourcing care to the private sector. Austerity has also involved stimulating these markets while cutting the staff and resources of regulatory agencies. This has left private operators to cash in, with companies from Australia to the US and from Canada to the UK seeing our elderly as “grey gold.” We cannot let this happen.

This year the Commission will publish its Care Strategy including on long-term care. EPSU argues that delivering the human right to quality care as part of our social protection systems needs to be at the core of that strategy. We don’t want profits being made from caring for our elderly or those who are sick and dying and need long-term care. The right to care should be delivered through safe staffing and by qualified staff with decent pay and conditions, collective agreements, and respect for their trade union rights.

We are very concerned that the Commission will put facilitating private care at the core of its strategy. It recently published research on long-term care supply and markets by the KPMG consultancy. This is an attempt to create a narrative about the inevitability of private delivery and to highlight the areas where the Commission can propose actions. You all know that the European Commission’s mantra was and is that the Single Market is the core of the European project. In my opinion, that view will destroy the EU. Who wants to defend the right of the likes of ORPEA to rip off the elderly across Europe? We want to see a Europe that is promoting human rights like the right to care and for them to be delivered through our democratically run public services which put people before profits. 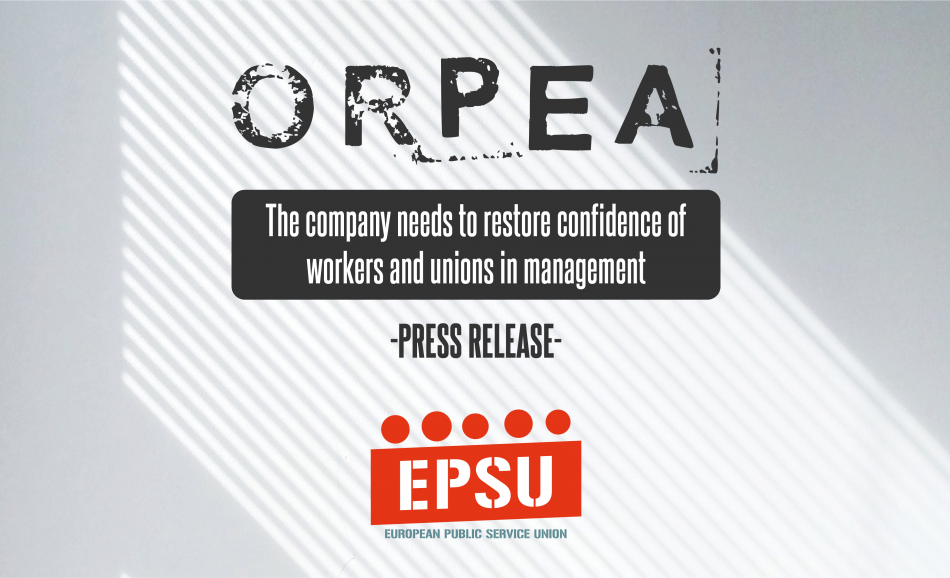 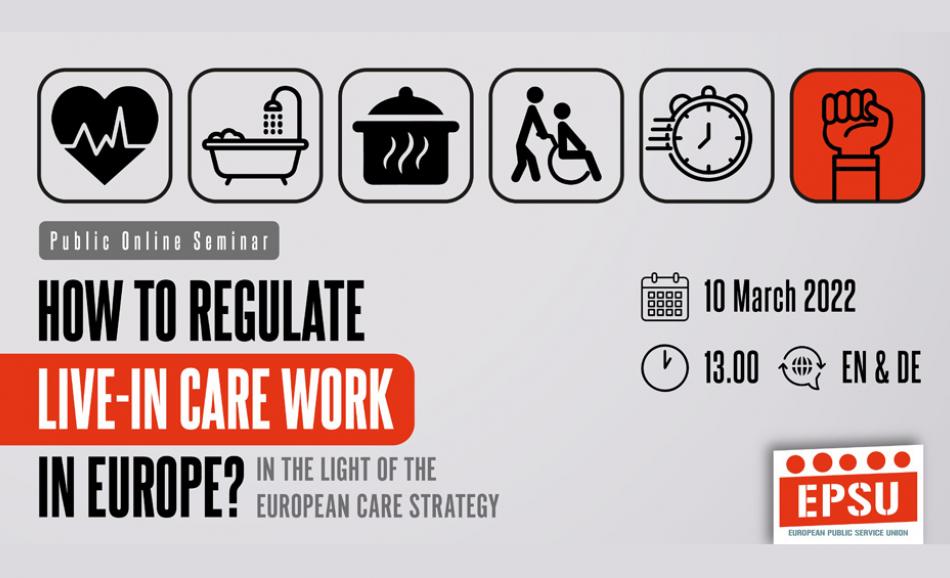 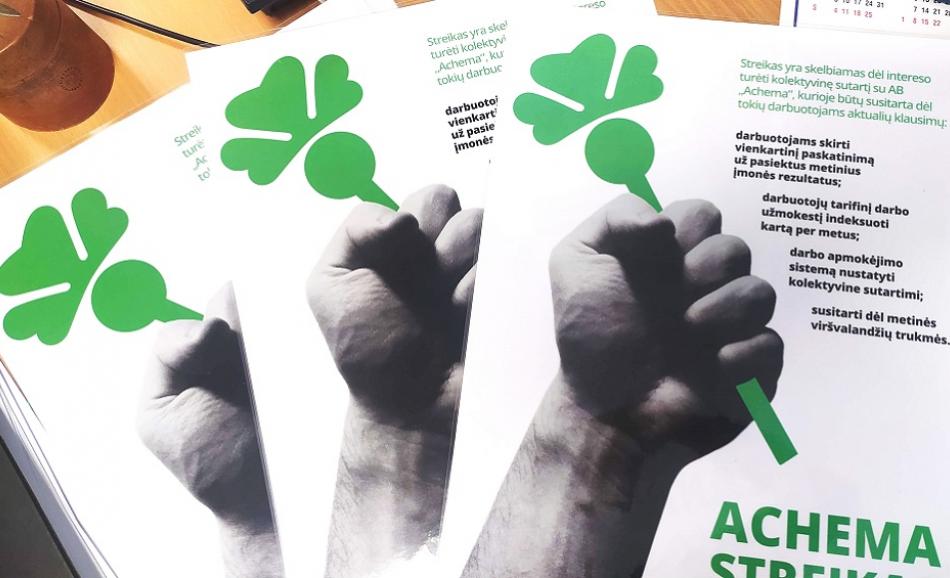 The Industrial workers federation of Lithuania, affiliated to EPSU, has started an indefinite strike in the fertilizers and industrial chemicals factory on 8 February.
Solidarity
Union Rights
Feb. 09, 2022 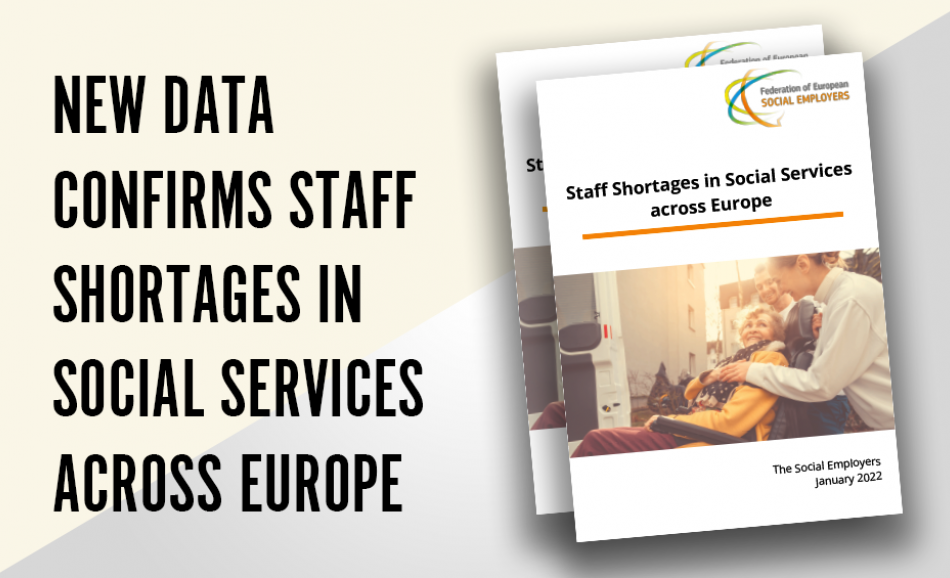 The results of a Social Employers survey on staff shortages in social services confirm that urgent action is needed both at European and national level to tackle recruitment and retention rates.
Social Dialogue
Social Services
Feb. 09, 2022 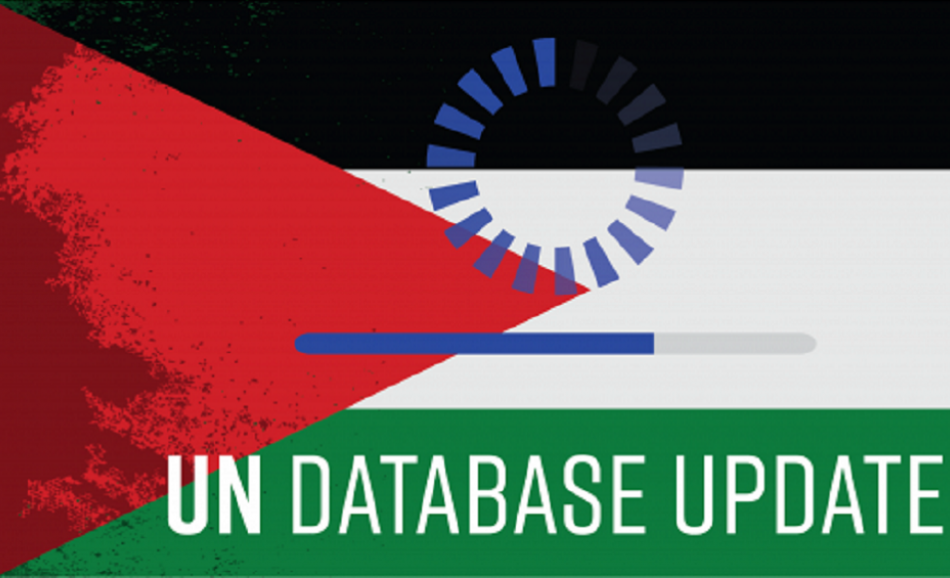 The UN Human rights office published a data based of companies operating in illegal settlements in Palestine.
Solidarity
Feb. 07, 2022 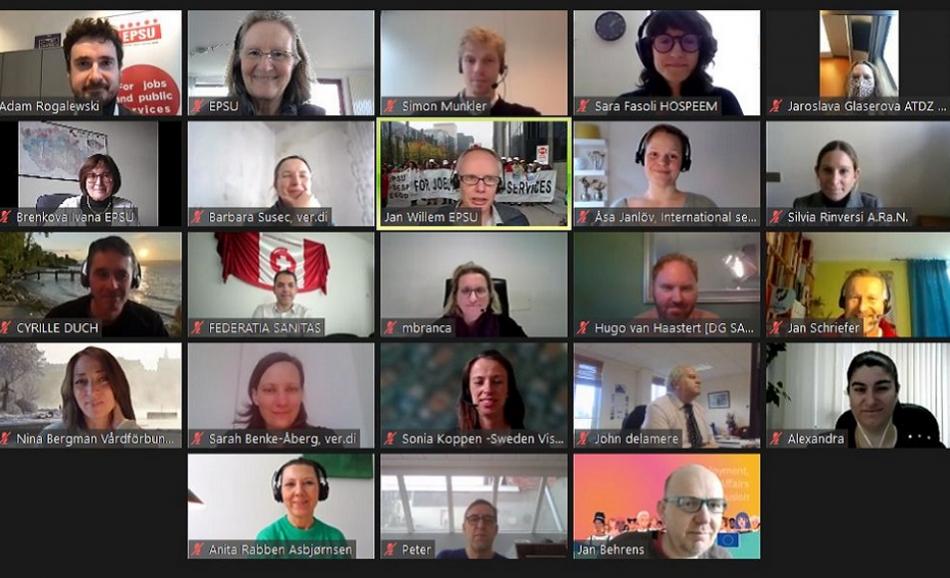 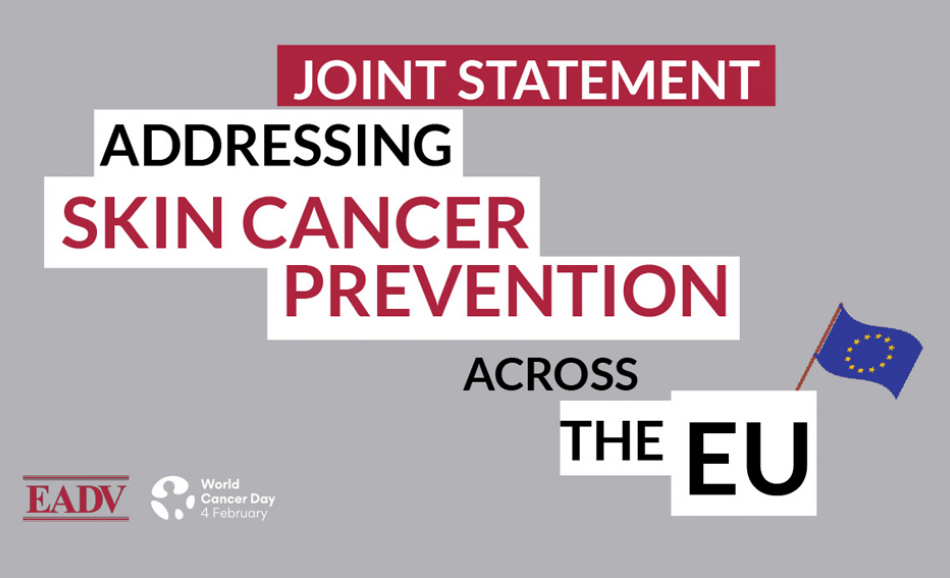 Joint Statement on Skin Cancer Prevention across the EU 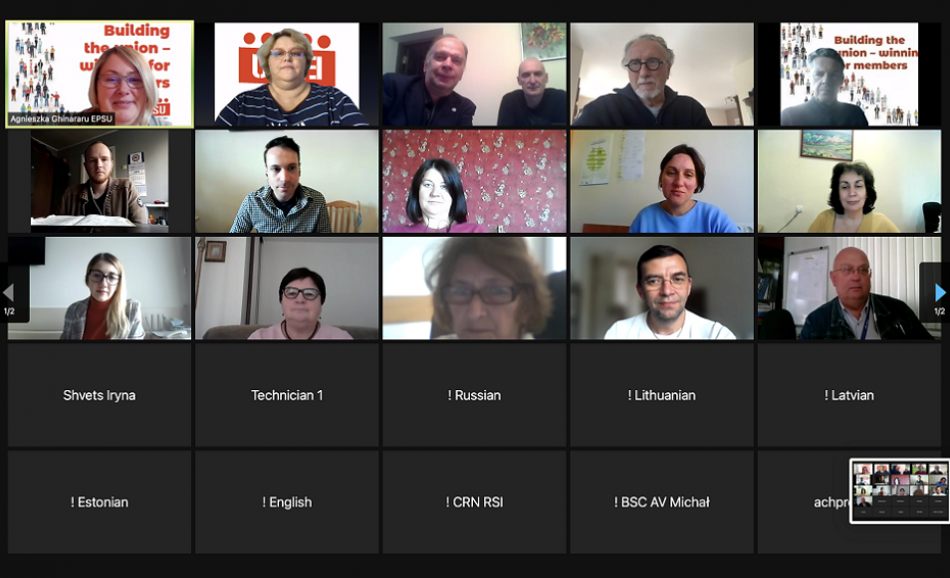 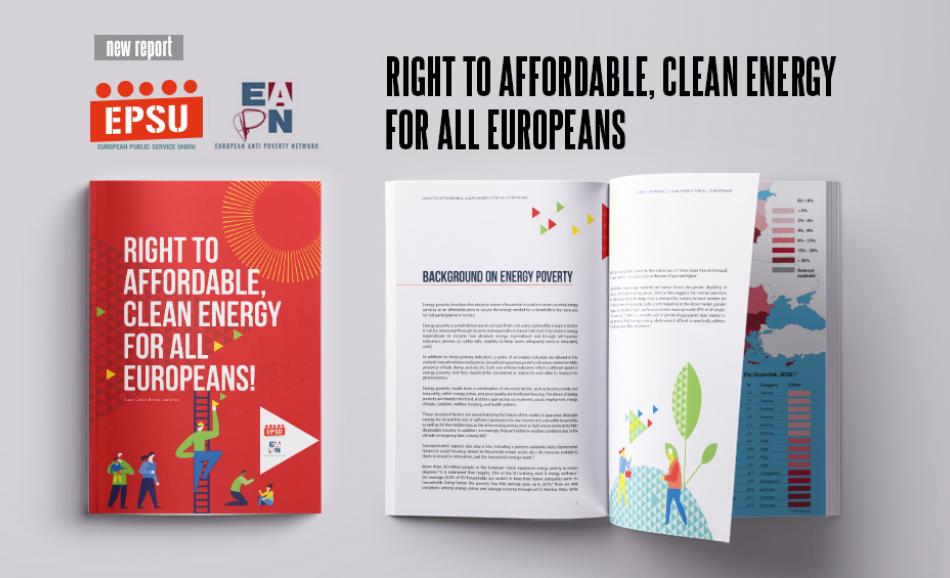 Guaranteeing the right to affordable clean energy for all Europeans

EPSU and EAPN (European Anti-Poverty Network) together with hundreds of organisations, grassroots activists and policymakers gathered last week at the Right to Energy Forum, the biggest annual event on energy poverty in Europe.
Energy
Feb. 02, 2022 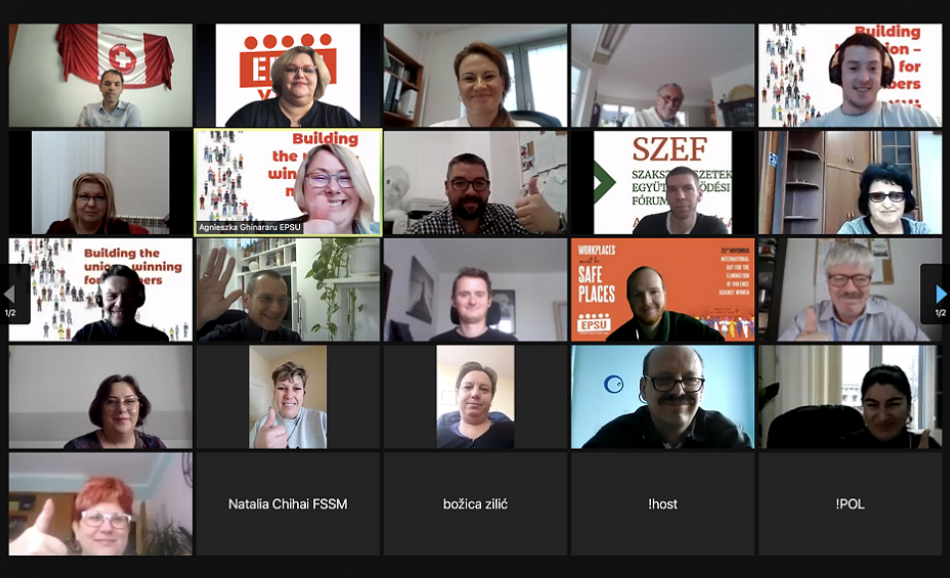 At the end of last year more than 20 EPSU affiliates took part in an in-depth process to develop their recruitment and organising strategies.
Recruitment & organising
Feb. 02, 2022 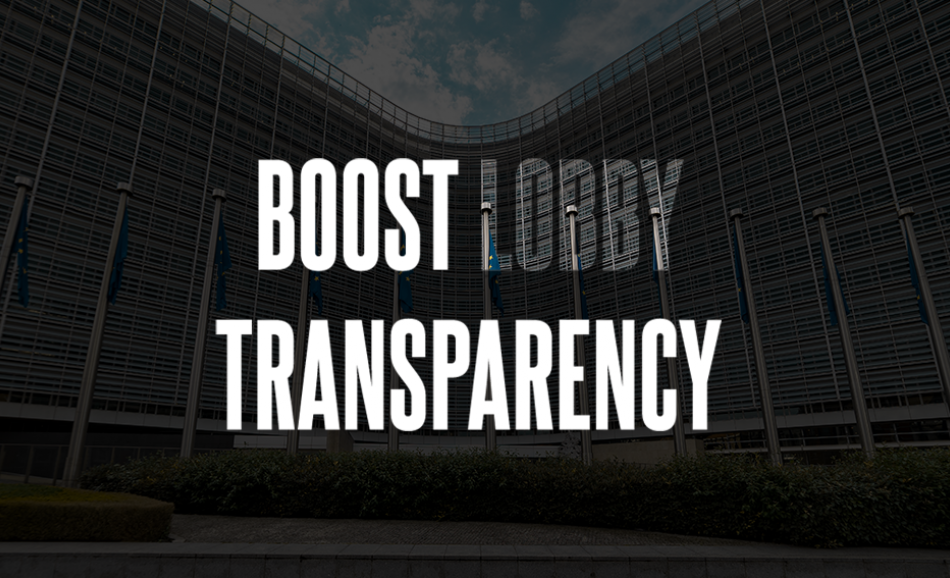 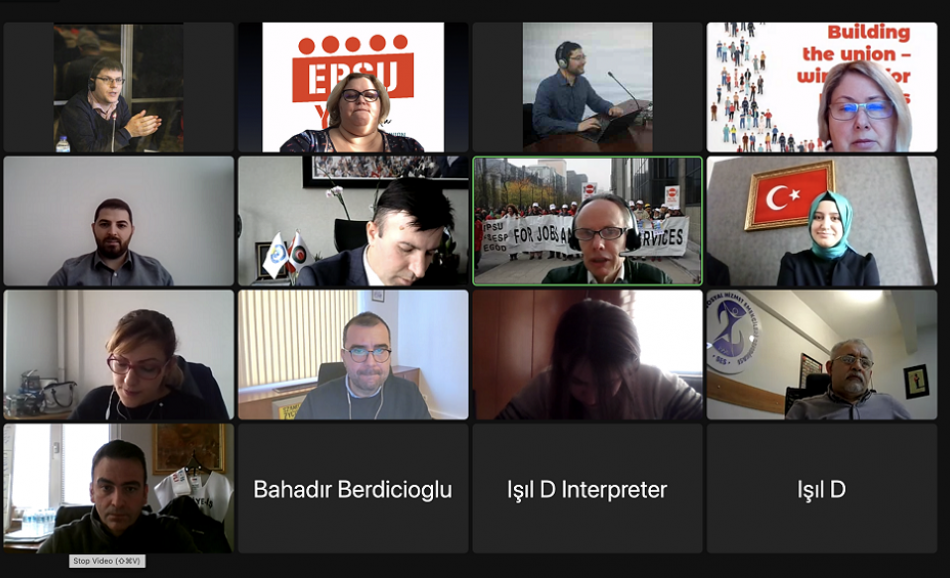 Inflation is rampant in Turkey. Pay increases do not keep pace and many workers are impoverished.
Economic Policy
Jan. 31, 2022 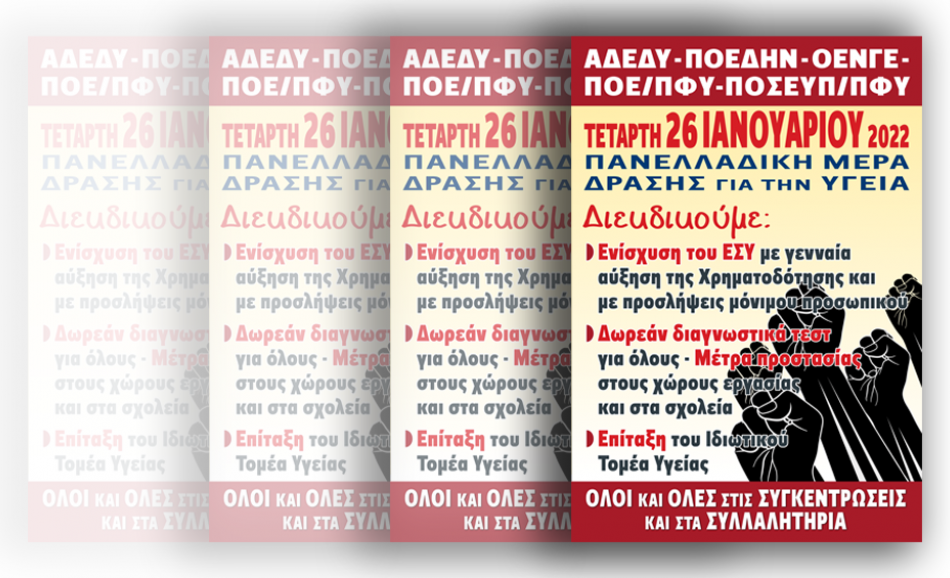 Greek health workers from ADEDY are mobilising on Tuesday, 1 February in a Pan-Hellenic Day of Action for Health to highlight problems in the public health system.
Health
Solidarity