Childcare workers get their message across

Around 5000 workers in early years education joined a noisy demonstration outside the education ministry on 14 October. The protest covered both public and private sectors and was organised by the younion, vida and GPA trade unions, with the support of the ÖGB trade union confederation. The unions have been frustrated by the ministry’s refusal to invite them onto the advisory board that debates key issues affecting the sector. However, the protest had one immediate result in that the unions were invited to the next meeting. More broadly the unions used the demonstration to set out their key

The Fagforbundet and Delta trade unions have negotiated pay increases for workers in early years education in the private sector. The pay rise is around 4% varying according to skill level with the minimum annual salary for assistants rising by NOK 13000 (€1325) to NOK 325800 (€33265). The trade unions and the PBL employers’ organisation also agreed to continue negotiations over pensions. In contrast, pensions are at the heart of a dispute in the culture sector with theatre, opera, ballet and orchestral workers on strike since 3 September. Temporary pension arrangements were agreed in 2016 but 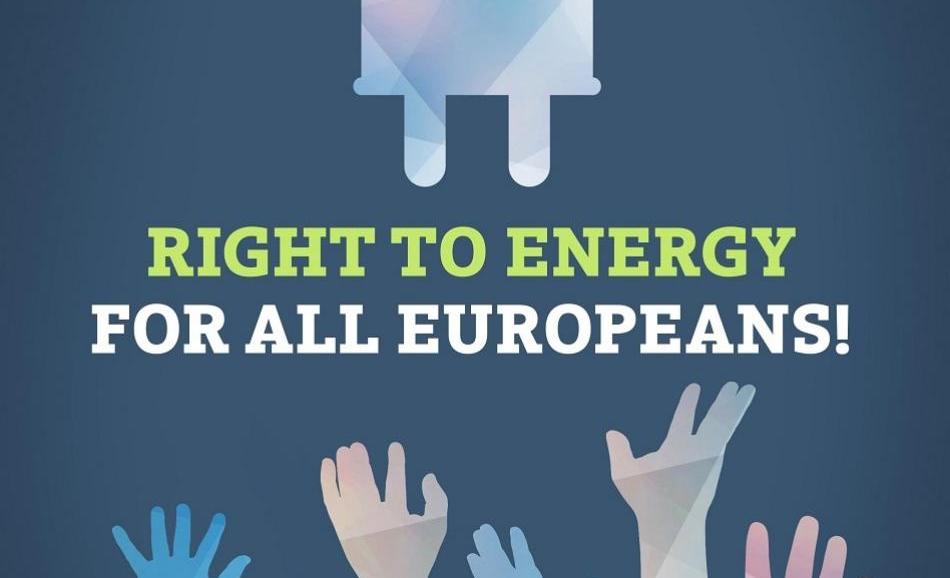 A “toolbox” released today by the European Commission to mitigate the impacts of skyrocketing gas prices has been criticised for putting lives at risk by the Right to Energy Coalition.
Electricity
Energy
Gas
Sep. 29, 2021
2021 EPSU Collective Bargaining News September No.19

A survey of over 19,000 staff in early years education carried out for the ver.di services union reveals widespread problems of understaffing and overwork. A clear majority of workers in day centres complained that they didn’t have enough time to devote to all the children in their care with almost 40% thinking about changing jobs and around 25% thinking about quitting. The situation in crèches and kindergartens is also challenging with three quarters of the interviewed professionals saying they had responsibility for too many children. Ver.di estimates that on average there is a shortage of

On 14 September 660 childcare facilities across the country were hit by national strike action coordinated by the FNV trade union. This is part of a campaign, running since July, that has involved regional stoppages as well as an earlier day of national strike action. The union wants the employers to negotiate a collective agreement that includes concrete measures to tackle excessive workloads and unpredictable working hours. The FNV says that the employers are looking to the government for solutions but argues that there are practical measures that the employers could take such as hiring

The trade unions representing workers in early years education from the public (younion) and private sectors (vida and GPA-djp) have joined with the trade union confederation (ÖGB) in publishing an open letter setting five key questions for the government to answer. In the light of the continuing pandemic and the challenges faced by workers in the sector so far, the unions want to know about plans for nationwide COVID testing; what regulations will apply on vaccination of staff; what measures are planned to contain the virus; when workers will receive a bonus for the extra efforts they have

The FNV trade union’s campaign for urgent action on workloads in childcare has been stepped up with some regional mobilisations cancelled in order to concentrate on a national strike on 8 July. The union is angry that calls for increased staffing and reduced numbers of children per worker have fallen on deaf ears and the employers have offered nothing to address the problem.

Following a national day of action on 18 June, workers in childcare, playgroups and after-school care will begin a campaign of industrial action in the Netherlands from 23 June. Different workplaces will be targeted at different times and various forms of strikes and other industrial action will be organised. The action is over excessive workloads and has been launched following the failure of the BMK and BK employer organisations to respond to an ultimatum from the FNV trade union. The union is warning that employees’ wellbeing is under threat and the quality of service will be compromised if

Childcare unions protest over exclusion from advisory board

Trade unions representing workers in public and private sector childcare and after-school provision organised a demonstration outside the ministry of education on 27 May in protest at the failure of the government to include trade unions in the Advisory Board for Elementary Education. The unions argue that it is unacceptable not to ensure that the views of the 61500 workers in the sector are taken into account when developing education policy, particularly in the light of the exceptional commitment they have shown during the pandemic.

A survey of student early years educators, carried out by the SIPTU trade union, found that one third intended to leave the sector, with low pay the main issue forcing them into a change of career or into working abroad. A massive 94% of students don’t believe the current wages in the sector are fair. Of the 945 people surveyed, over half are currently working in the sector as well as studying and of these 47% are earning below the living wage of €12.30 per hour. The union wants to see a publicly funded model of early years education and childcare which includes a mechanism for ensuring

Several unions representing workers in early years education came together on 5 May in a day of strike action and a demonstration in Brussels. Workers are angry about the impact of the pandemic on the sector and the failure of the authorities in the Wallonia and Brussels regions to address their concerns. The unions were also demanding a revaluation of pay in the sector and a range of other measures to deal with staffing issues, leave, contracts and increased public funding. 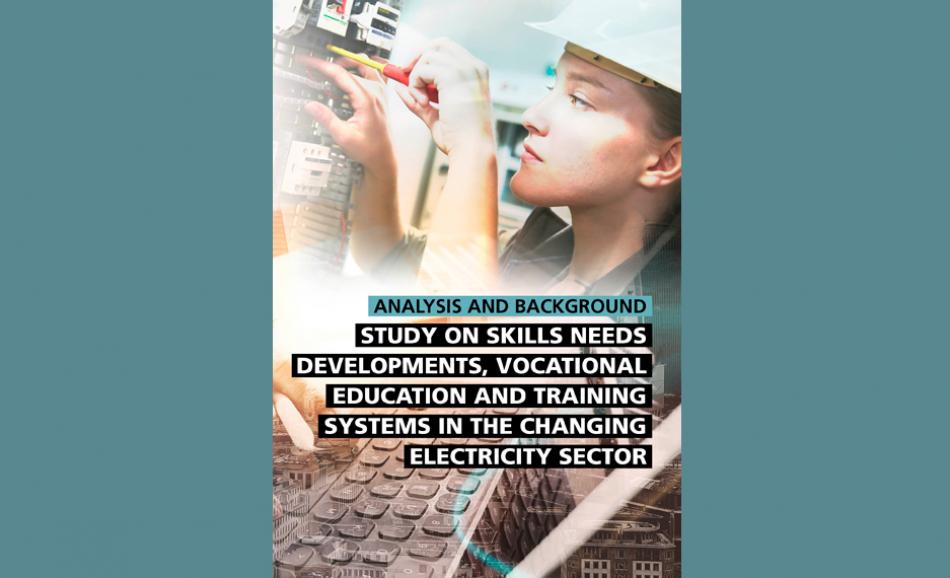 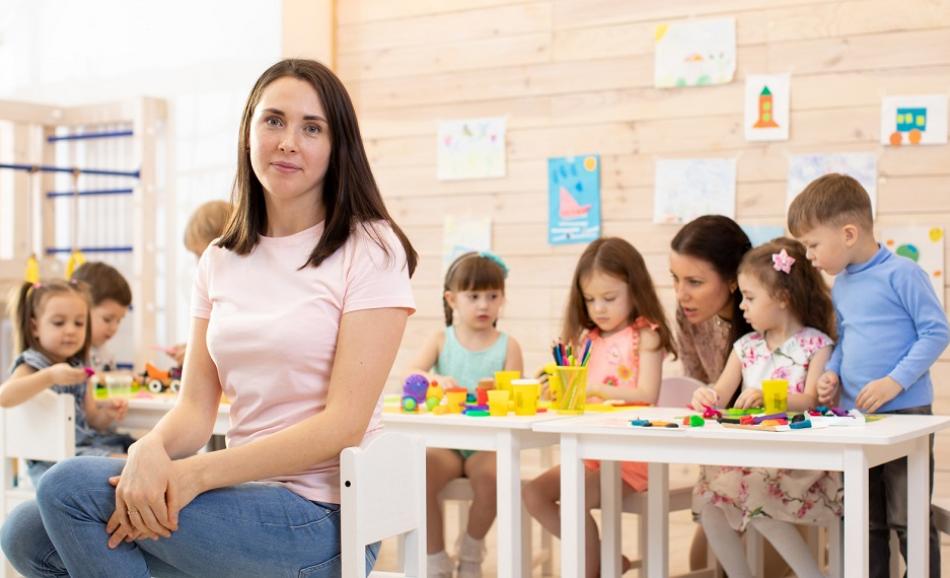 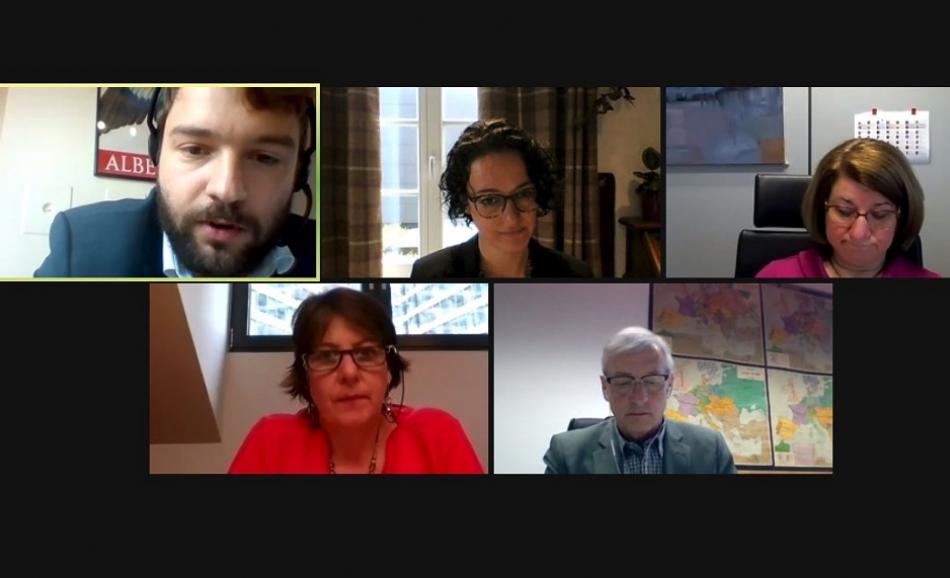 On Thursday, 29 April, EPSU participated in an event organized by the European Policy Centre and other civil society organisations on the importance of the European Pillar of Social Rights for the social services sector in the wake of COVID-19.
Early Childhood Education and Care
COVID-19
Health
Health and Safety
Social Services