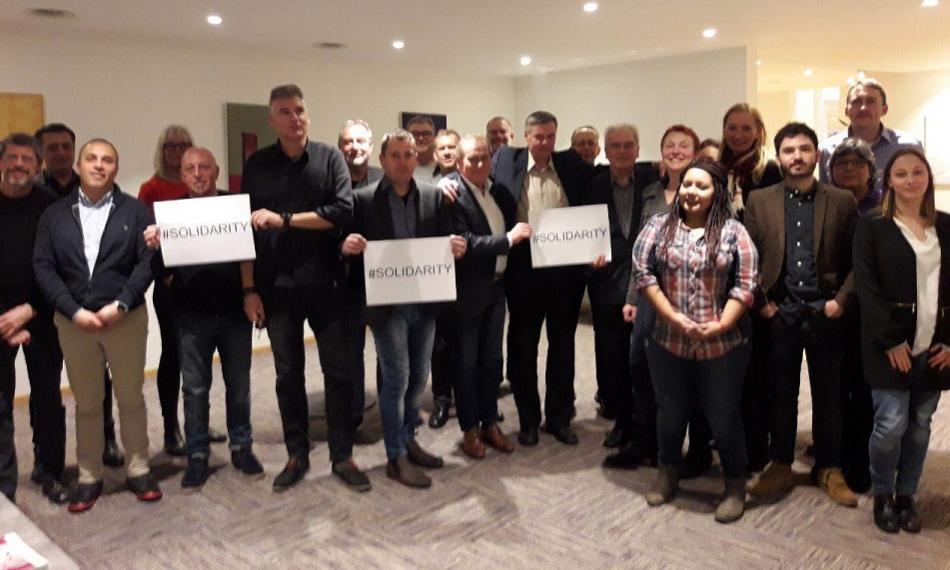 (29 March 2018) EPSU's Utilities standing committee, which took place on 22 March, addressed several key issues. Members took a strong stance on the Right2Water on World Water Day and continued to call for the public ownership and democratic control of utilities.

Preparations for EPSU's Congress in June 2019 are already well underway.

Recent activities in the European electricity social dialogue were covered, with a special focus on the promotion of the newly adopted “just transition statement”, the European project on skill needs for young workers and the impact of digitalisation in the sector.

In addition, the negative consequences of liberalisation were discussed. Standing committee members continue to advocate for public service values, for just transition, for public ownership and for energy democracy. The campaign promoting the Right2Energy and the fight against energy poverty that affects thousands of people and households across the European Union as well as EPSU’s strategy in light of the COP 24 climate change conference which will take place in Katowice were also addressed.

EPSU affiliates are mobilising to include a social dimension in the European Commission’s (EC) measures to implement the circular economy in Europe. This will have significant implications for the employment in the waste sector. The  promotion of the public management of waste services and the development of a  social dialogue from local to European level were discussed as these issues will affect the future of waste services in the European Union.

Standing committee members celebrated World Water Day and reiterated their commitment to turn the Right2Water into concrete legislative proposals that go far beyond the EC’s recent proposal on Drinking Water.The Right to Water for all Europeans is much more than just access to drinking water, and needs to be addressed and revised in order to ensure that there is a right to water for all Europeans.

Transnational company agreements, the impact of  Brexit on European works councils (EWCs) and establishing EWCs in health and social services companies were also addressed by the standing committee.

48th Meeting of the Standing Committee on Utilities

49th Meeting of the Standing Committee on Public Utilities

47th Meeting of the Standing Committee on Utilities