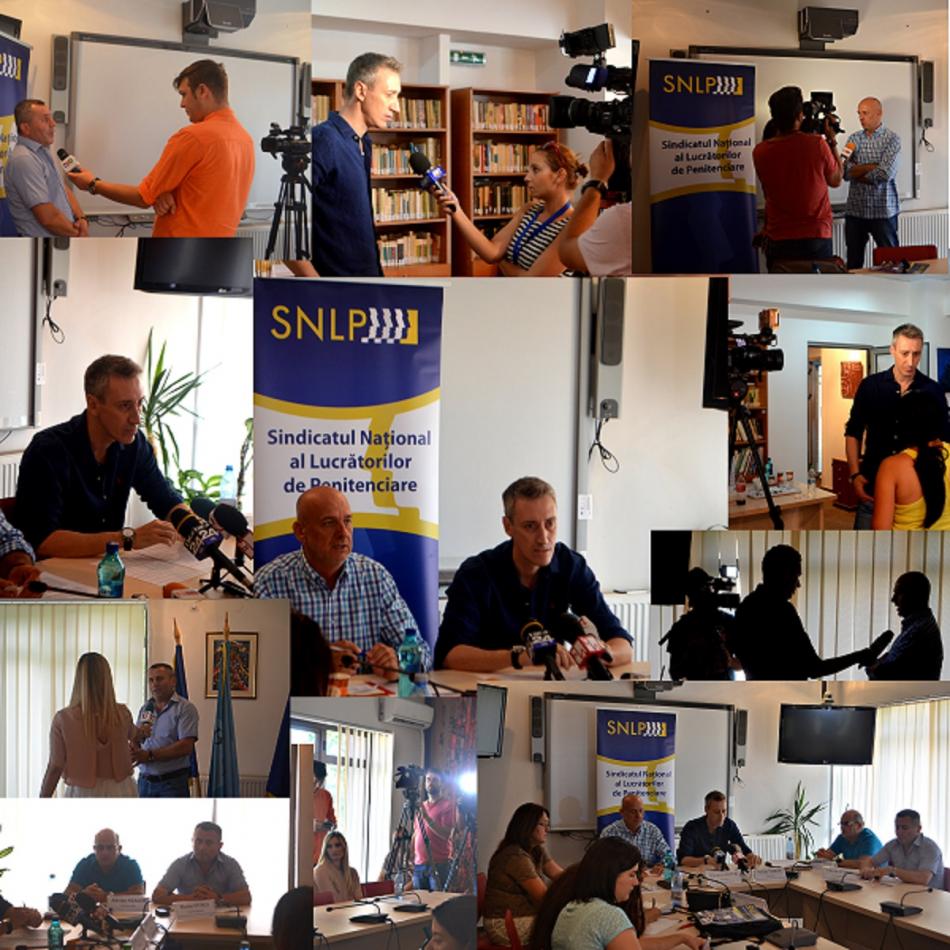 (14 August 2015) The Romanian prison workers' union, SNLP, organised a protest yesterday outside the offices of the national prison service. The union went ahead with the action after the government failed to respond positively to the union's demand to pay eight months of wage arrears and improve working conditions.

The protest and a union press conference were widely reported in the media. The SNLP has put forward a number of key demands, calling on the government to:

- improve staffing levels by hiring 1,000 additional workers; out of a total of 15,500 jobs in the prison system, 3,000 have been vacant for the last eight years;

- compensate for overtime with time off from work or extra pay – many staff are overworked and exhausted with some 500,000 additional hours worked across the system;
up
614 users have voted.
Networks:
Prisons Services

Union protests over staffing levels in health and social care

Ver.di the main union for healthworkers is organising a demonstration in Hamburg on 26 June to coincide with the meeting of federal and regional health ministers. The union argues that there is an urgent need for action to deal with massive staffing shortfalls across the sector - hospitals alone need an estimated 162000 extra staff to maintain services. Ver.di says that staff are doing their best to deliver quality services in health and social care but are increasingly overworked with three quarters coming to work even when sick and 80% saying that they don't expect to be able to continue working until retirement age. The union wants to see minimum guaranteed staffing levels across the sector.Read more at > ver.di (DE)
Aug. 14, 2015
2015 August epsucob@NEWS 12

On 13 August the SNLP prison workers' union organised a protest in front of the national prison service over the failure of the government to pay eight months of wage arrears and respond to other demands including: improving staffing levels by hiring 1,000 more people; compensation for overtime with time off from work or extra salary pay; and imposing sanctions on officials who do not abide by the law on staffing. The government doesn't respect the collective agreement or the process of social dialogue. Out of a list of 75 issues raised by the unions only five have been partially dealt with over the last 6 months. Depending on the government’s reaction, the union will continue the protest actions for an undetermined period of time. All prison workers will be wearing black ribbons around their arms to symbolise the loss of professional dignity.Read more at > SNLP (RO
All PoliciesAll Policies