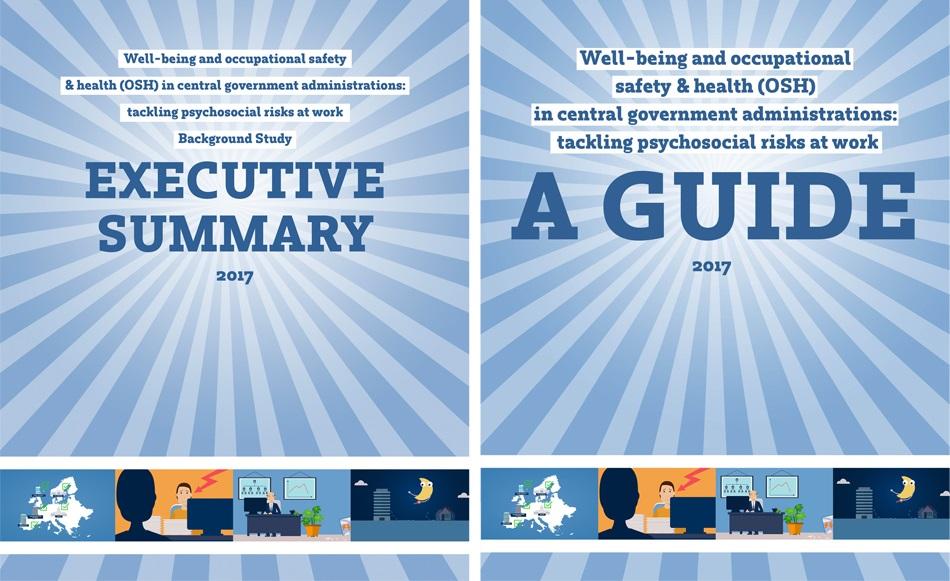 (24 January 2018) “Tackling psycho-social risks in central government: a guide for action” is a guide dedicated to tackling and preventing violence, bullying, burnouts and harassment in the work place.

Violence, whether physical or verbal, bullying, burnouts and harassment at work all constitute  psycho-social risks.

This guide, produced by the Labour Research Department for the Social Dialogue Committee for Central Government Administrations, is addressed to  our affiliates, public sector workers and managers in central governments to raise awareness on how to tackle psycho-social risks in the work place.

It can also be used for social dialogue or training purposes.

The guide can be found below, together with a background research study and a short video on tackling and preventing psycho-social risks and violence in central governments.

Psychosocial risks in central governments have now become one of the most serious threats to employees and civil servants’ health and well-being.Violence, either physical or verbal, against employees by service users is found to be on the increase as in prisons, employment, social security services or labour inspectorates.

Ongo­ing reorganization, intensification of work, budget cuts, digitalisation and an ageing population have all contributed to a worsening of the situation.

Whilst this guide is addressed primarily to trade unionists and Human Resources managers, it should be of value to everyone interested in improving well-being at work and contributing to a social Europe that promotes quality and available public services.

It is a key outcome of a  social dialogue project on psycho-social risks and third-party violence in central governments that was carried out in 2016 and 2017 with financial support from the European Commission.

The project looked more specifically at risk assessments (qualitatively and quantitatively), the role of employers, health and safety agencies, labour inspectors, occupational doctors, and social dialogue, as well as the policies in place to prevent and tackle these health risks.

It is based on a comprehensive research that recaps the EU and national legal frameworks and examples of collective agreements, discussions between social partners, health and safety experts and sociologists, the EU Commission and policy-makers as well as real-life case studies in a large number of countries covering a broad spectrum of central governments services (labour inspectorates, tax services, employment services, police, prisons..)

The project found that there is much room for improvement in a number of countries to, if not eradicate, substantially reduce these risks by collective measures following a timely, thorough information and consultation process with employees’ trade union representatives.

Below you can also  find a statement adopted by the Social Dialogue Committee for central governments that provides a summary of the project, key conclusions and short-term follow-ups at EU and national levels

The outcomes are available in many  languages with a view to ensure a broad dissemination and promotion by the national social partners.

Health and Safety at the Workplace

Future of the workplace: providing quality jobs, modern and sustainable workplaces in local and regional government

(November 2012) CEMR and EPSU won the leadership of the EU project “Future of the workplace: providing quality jobs, modern and sustainable workplaces in local and regional government” at the end of 2
Local government
Social Dialogue
Oct. 15, 2012

The future of the workplace in local and regional government