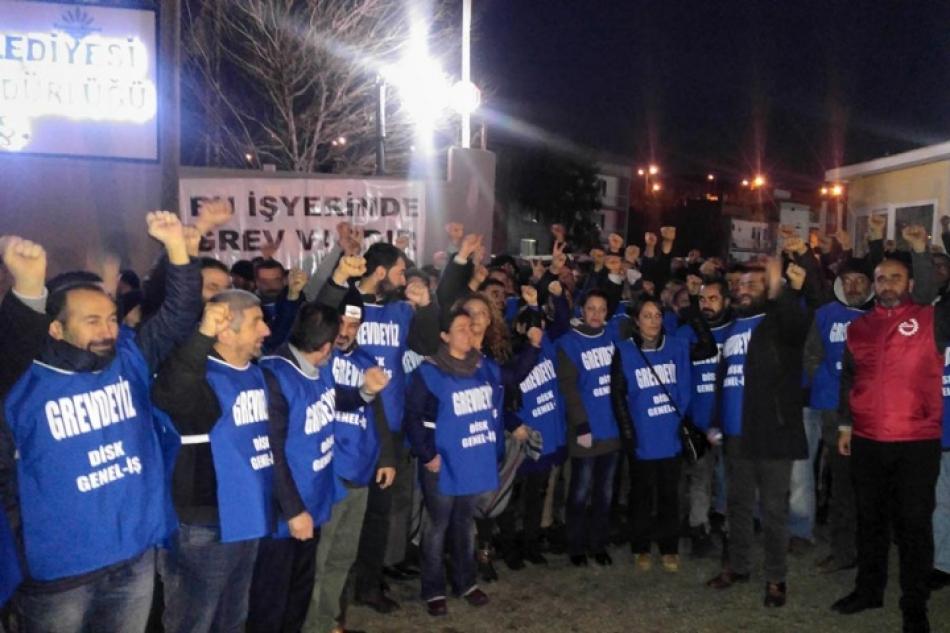 (31 January 2017) Today EPSU sent a message of solidarity to the Genel-İş municipal workers' union whose members are on strike in Karabağlar, a district of İzmir province in western Turkey. Up to 1000 workers joined the strike which was called by the union to put pressure on the employers to come up with an improved pay claim in the current negotiations. EPSU general secretary Jan Willem Goudriaan said: "The level of support for the strike shows the workers' determination to secure a better pay offer. This is all the more impressive in the current climate in Turkey, where there was a clear risk that the authorities might try to ban the strike."

(September 2016) EPSU has written to the major of the Aviclar local authority in Istanbul calling on him to reinstate 43 workers who were sacked earlier this year without good reason. The workers have been campaigning for reinstatement for over four months with support from the local community and at national level from their union Belediye-Is. EPSU has also called on the mayor to negotiate with the trade union and the local worker representatives (see letter). Update: The union has reached an agreement with the city council that will result in the reinstatement of dismissed workers (7 October 2016).
Nov. 24, 2014

(24 November 2014) Several thousands of workers protested against the lack of progress to get pay and conditions protection for subcontracted workers in the Turkish Directorate of Highways.
Solidarity
Union Rights
Aug. 19, 2005