Ver.di members supporting global day of action against unfair trade - people and the planet before profits

(22 April 2015) {The trade deals currently on the table like CETA, TTIP and TISA do undermine democracy. They are a threat to public services and there is nothing that improves workers' rights in these agreements} said {{EPSU General Secretary}} in his contribution to the Ver.di Conferences for health and social services as well as energy,water waste.
Policies
Trade 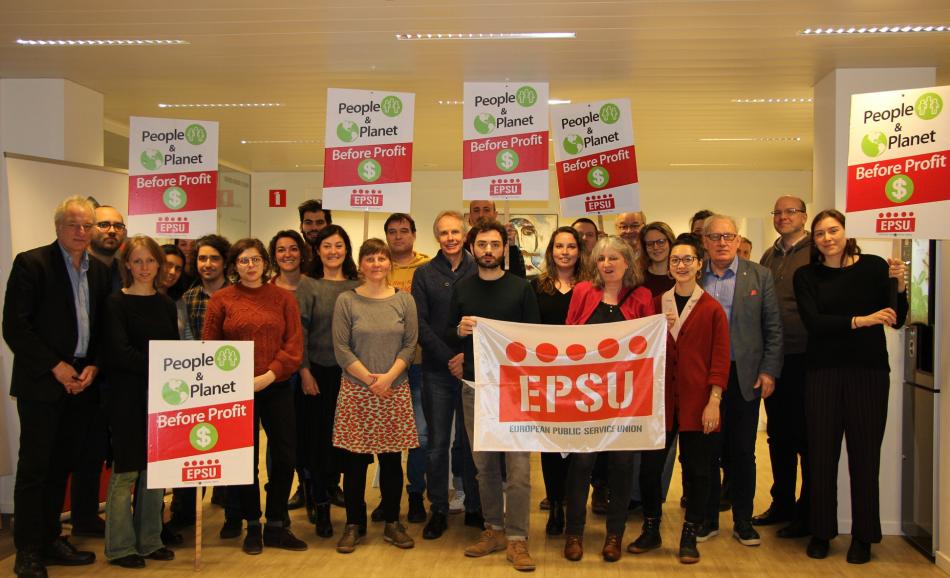 The demand for urgent action to address climate change by #YouthForClimate is supported by a broad group of trade unionists, environmentalists, energy poverty and social action campaigners that met on the eve of the 15th march Global #Strike for the Climate. 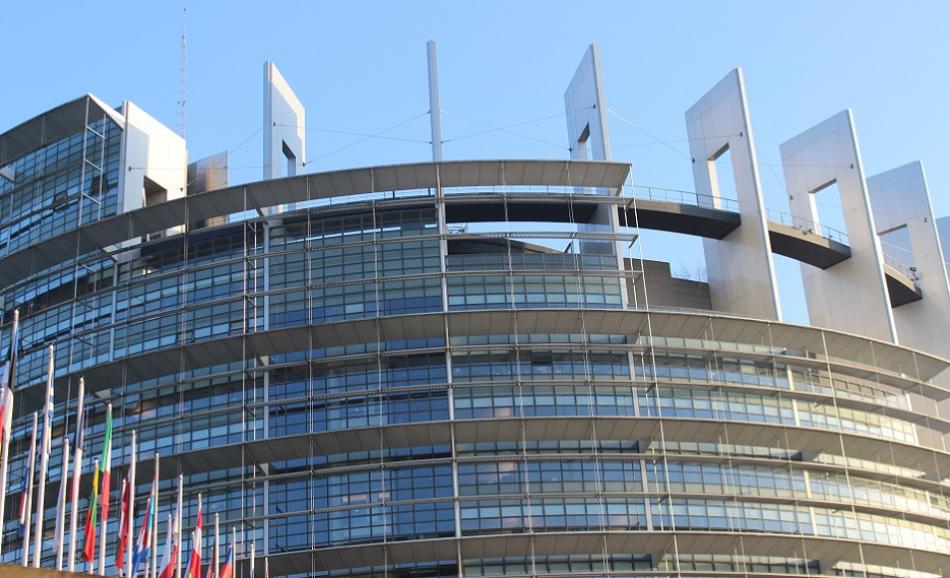 EPSU has sent the Members of Parliament seeking re-election, as well as a large number of candidates our proposals for what we expect from the Commission and the European Parliament in the next mandate. 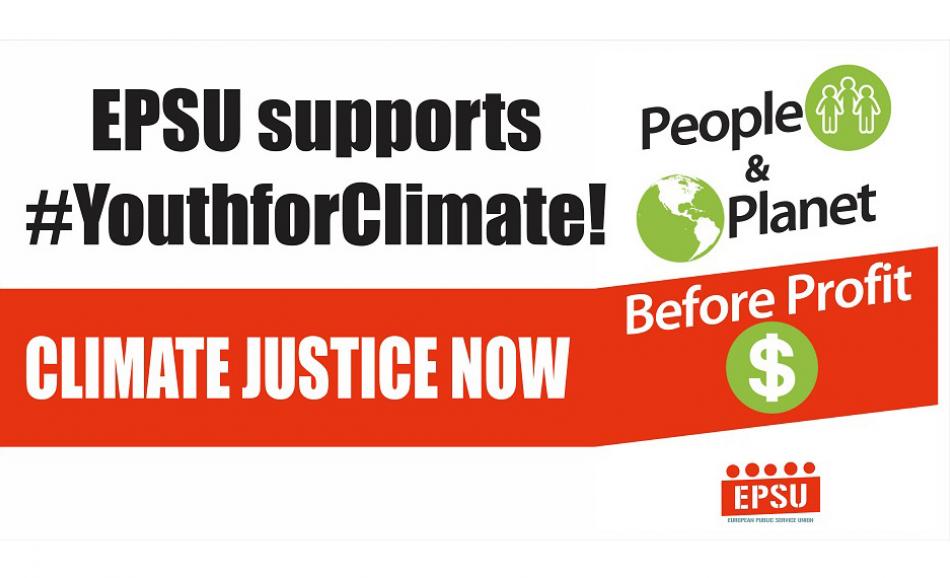 With a unanimous decision leaders of Europe’s Public Service Unions express support for the school children and students.