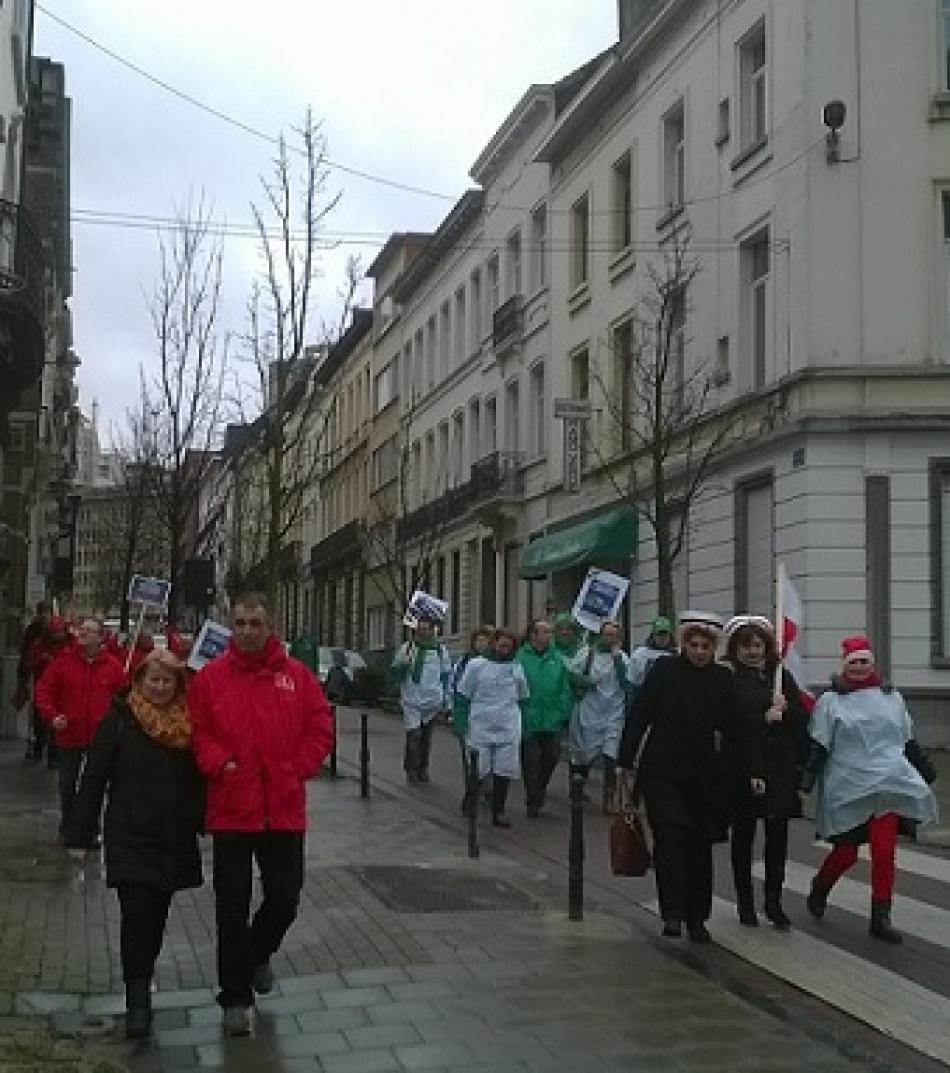 On 7 February 2014, at a European Action Day held at Brussels, organisations supporting the “European Network against the Commercialisation and Privatisation of Health, Social Work and Social Security” (Réseau Européen pour le Droit à la Santé) have presented a Manifesto and launched a European Campaign in the run towards the European elections end of May. Many of the organisations that had contributed to the manifesto form the Belgian Action Platform Health and Solidarity (“Plate-forme d’action Santé & Solidarité”). Colleagues from Belgian EPSU affiliates (mainly from CNE Non Marchand, but also from CGSP and SETCa) and trade unionists from France, Poland, Spain and other countries participated in the action.
up
716 users have voted.
Policies:
Health and Safety
Health
Social Services
Sectors:
Health and Social Services 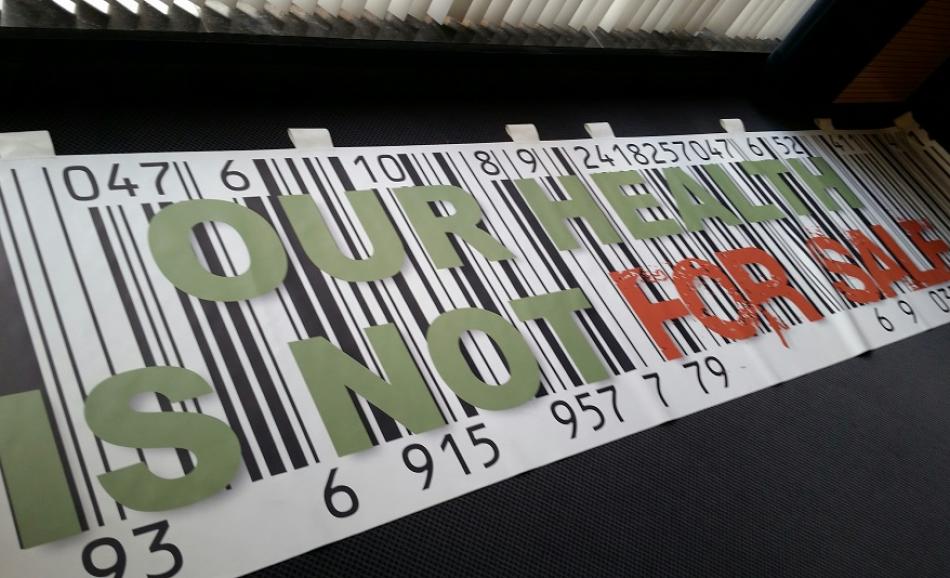 European Action Day Against the Commercialisation, Marketisation and Privatisation of Health Care, 7 April 2016 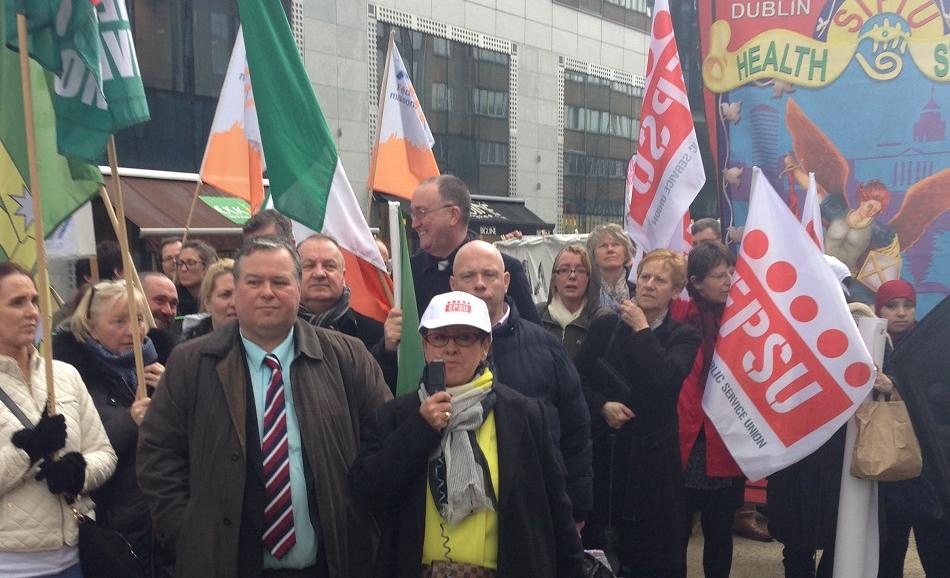 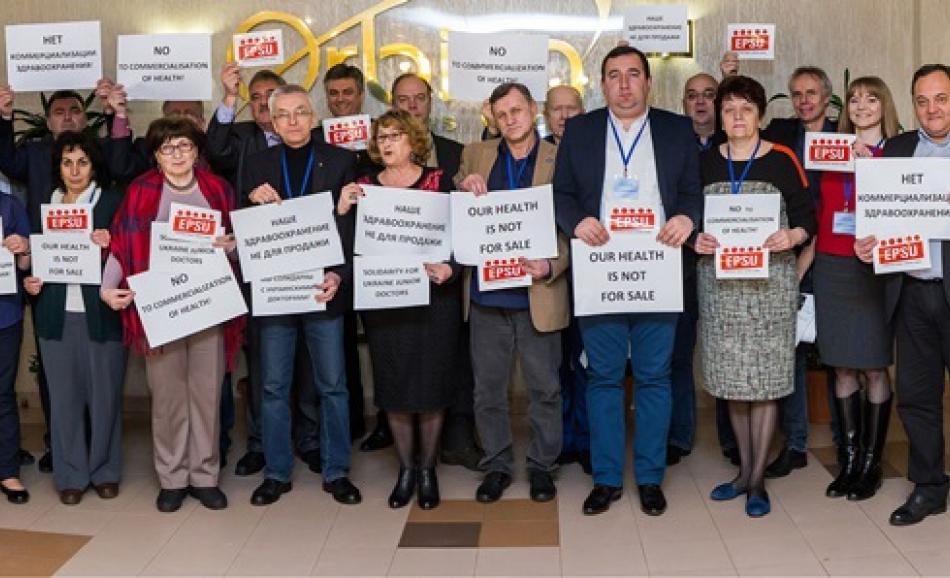 European Action Day Against the Commercialisation, Marketisation and Privatisation of Health Care