France
There were demonstrations and action around the country on 20 and 21 June as first energy workers took action in protest at the planned privatisation of EDF and GDF and then public sector workers joined with their private sector colleagues in a joint protest over a range of issues including the failure to make progress in pay negotiations.
epsucob
epsucob@NEWS 4 July 2005 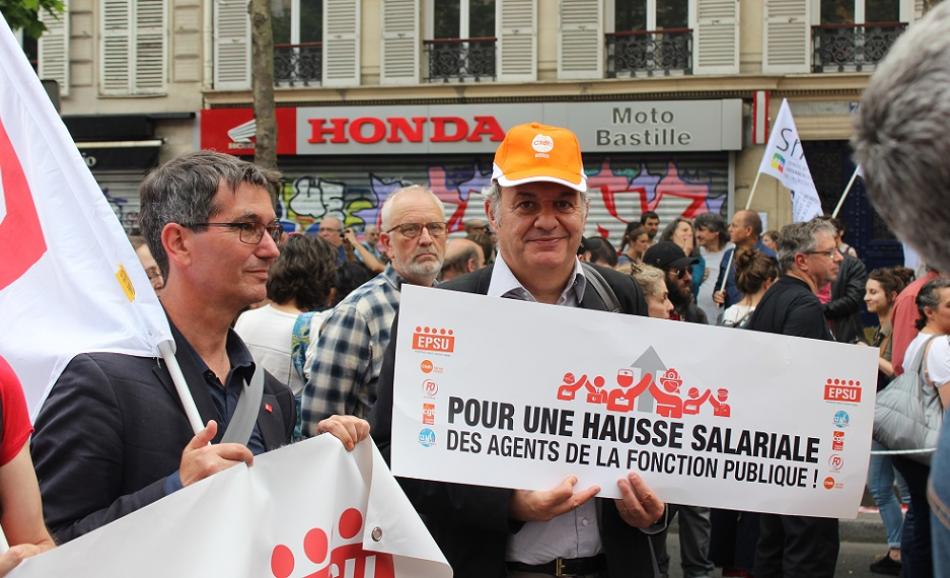 Ten thousands marched to demand an end to the pay freeze for public service workers in several cities in France 22 May 2018.

Standing up for a pay rise for public service workers in Europe – Poland, France…

Referring to the proud history of the actions of the Polish trade union of nurses and midwives, EPSU General Secretary supported the union’s continued demand for decent pay and conditions