The global 4-day week campaign is extending its pilot programmes to the rest of Europe, having already launched initiatives in Ireland and the UK. The campaign argues that it is possible to boost productivity and workers’ wellbeing by reducing working time without reducing pay and provides advice and support to employers who are interested in getting involved in a pilot programme. Over 180 employers with a total of 10,000 employees are involved in pilots that are up and running in the US, Canada, Australia, New Zealand as well as in the UK and Ireland. Research and support is provided by Boston College in the US along with the Universities of Dublin, Cambridge and Oxford. The campaign is aiming to prepare the European pilots between September and December this year so that they can be launched in January 2023.

The results of a pilot project on the 4-day week involving a range of companies in Ireland show the potential for how a shorter working week can contribute to a better work-life balance and increased well-being for workers. The pilot was backed by the Fórsa public services union which welcomed the results and the fact that the employers in the project were all planning to continue the 4-day week arrangements. Alongside the benefits for workers, particularly women, there were also mainly positive results in terms of productivity, company revenues and some savings on energy costs. The 4-day week

The Fórsa public service union is urging its members to back the four-day week campaign by signing up to a global petition to encourage employers to pilot a four-day working week. The initiative seeks to identify and recruit employers to trial a shorter working week without loss of pay or productivity. The aim will be to reach out to employers identified with significant employee support and encourage them to join the global pilot in 2022. Participating employers will receive the support of experts from the four-day week organisation and university researchers from Harvard, Oxford and Boston 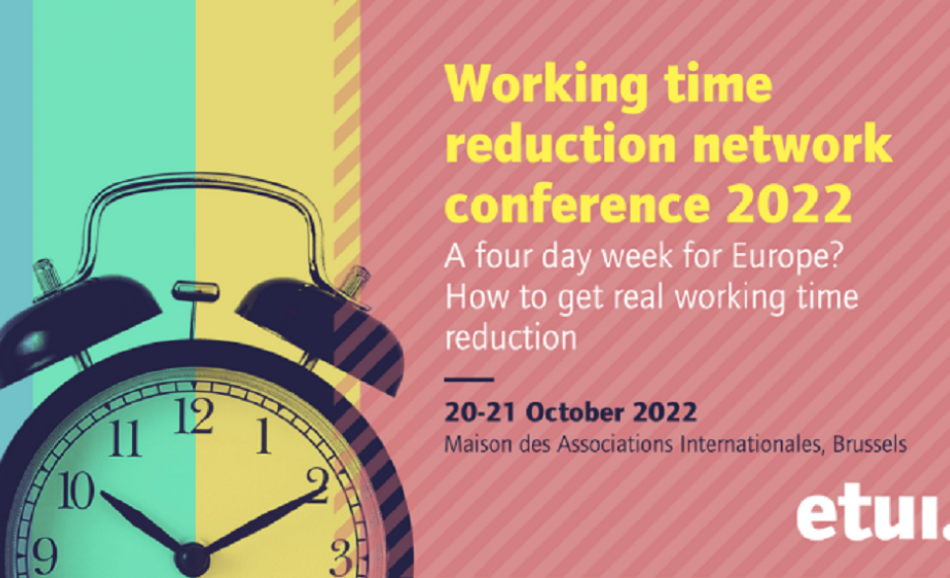 Working time reduction and the potential for a four-day week are issues that are moving up the trade union agenda.
Quality employment
Work-life balance
Working Time