Government attack on the right to strike

The Hungarian government has issued two decrees removing the right to strike from air traffic control staff. An appeal court judgement of 20 July clearly confirmed the union’s legal right to strike. However, six days later the two decrees were published which not only dismiss the decision of the Hungarian Appeal Court but also violate Article 28 of the Charter of Fundamental Rights of the European Union. The European Transport Workers’ Federation (ETF) has condemned the Hungarian government and strongly maintains that collective representation and collective bargaining are basic labour rights that must be equally respected within all 27 EU Member States. The ETF is encouraging everyone to sign a labourstart.org petition in support of the workers and against the government’s violation of the rule of law.

The right to strike - country factsheets

The right to strike varies considerably across Europe, often with specific rules and restrictions imposed on public service workers. The European Trade Union Institute has produced 35 country factsheets that explain the latest legal situation. EPSU has also begun to add countries outside the European Union and candidate countries and a total of 48 countries are now covered.
Strike
Union Rights
Feb. 15, 2019
2019 February epsucob@NEWS 04

EPSU-ETUI factsheets on the right to strike

With hundreds of thousands of public service workers taking strike action across Europe in recent weeks - in Belgium, France, Italy, Portugal, the UK, Austria and Germany - it is timely that EPSU is publishing factsheets on the right to strike in 35 countries. The factsheets have been produced for EPSU by the European Trade Union Institute. Some groups of public service workers often face bans or restrictions on their right to strike and these factsheets set out the main rules. They also cover international case law and list international standards, such as International Labour Organisation 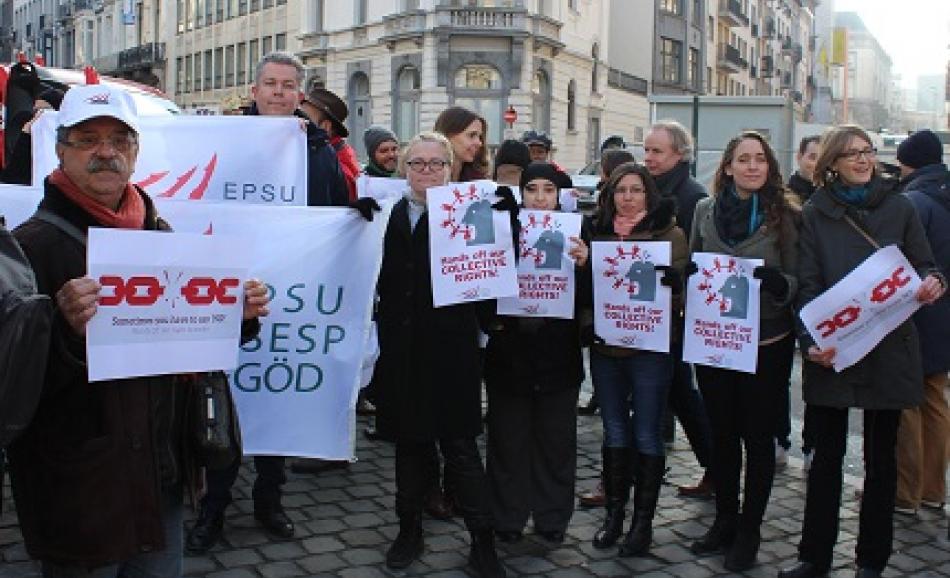 On the global day of action in defense of the right to strike, EPSU staff joined the event organised by the Belgian unions FGTB, CSC and CGSLB, the Liga voor Mensenrechten, ETUC and ITUC.
Union Rights