Week of action in protest at labour law reforms

On 30 June trade unions, supported by international union organisations, organised protests across the country, launching a week of action against government proposals to reform labour law. The substantial changes undermine trade union rights and are in conflict with the fundamental International Labour Organisation conventions (87 and 98) on the right to organise and negotiate. EPSU, along with the ETUC, has written letters of protest to the government, president and parliament.

The ALFA Cartel trade union confederation, including EPSU affiliates Hipocrat and Sigol, organised a number of demonstrations in cities across the country on 2-4 October. The protests were over the coalition government’s failure to do anything about the labour law reforms that it promised to repeal when in opposition. The Confederation reports that the undermining of social dialogue has meant 1,000 fewer collective agreements this year. There have been attacks on pay and conditions, but no sign of any increase in jobs. 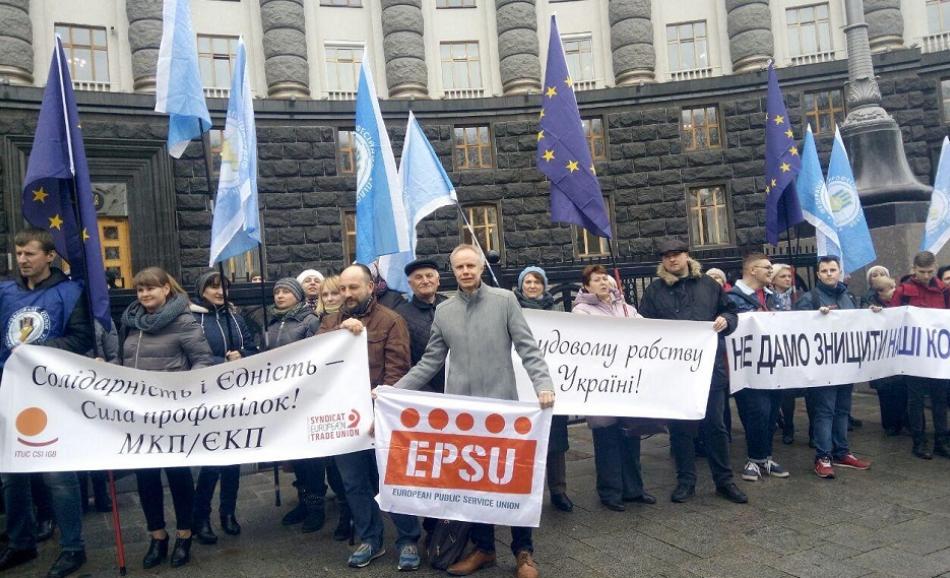