The public service federations of the CCOO and UGT confederations organised a joint mobilisation of public administration workers on 29 November as part of their campaign for increased pay, more jobs and a return of rights lost during austerity. This followed a public-sector wide demonstration on 24 November with plans for further action on 14 December. The unions argue that services are under threat as 14% of jobs have been cut and reduced recruitment has created an ageing workforce where half are over 50. Since the 5% pay cut in 2010 there has been only a single pay increase of 1% while inflation has risen by 8% over the period. The unions want to see the restoration of other payments and entitlements that have been lost. Earlier on 29 November, the EPSU Executive Committee passed a resolution expressing its support for the unions along with affiliates in France, Italy and Portugal who are facing similar challenges. 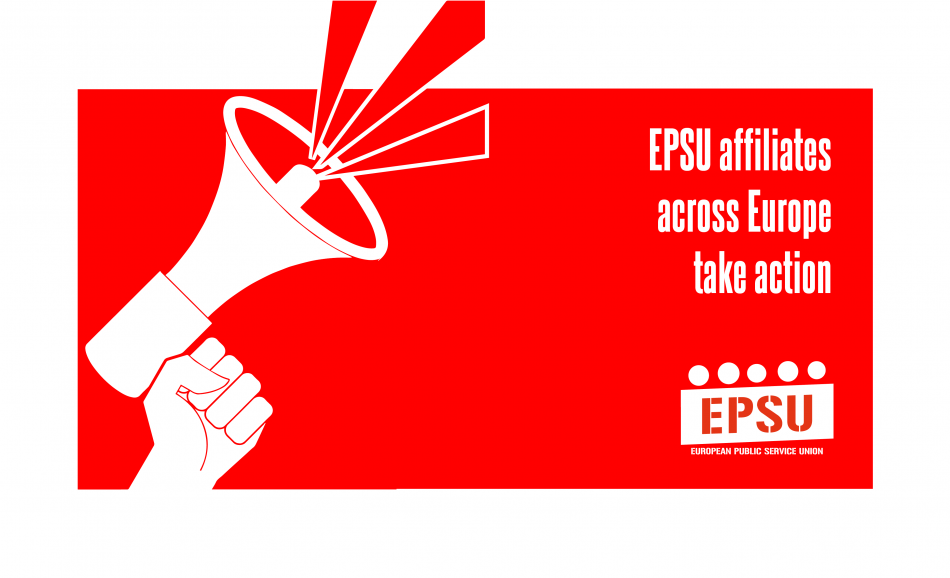 EPSU affiliates across Europe have been active in fighting for their members’ pay and conditions and employment rights with a range of actions taken or planned in the current period.
Collective Bargaining
Solidarity
Strike
Jul. 06, 2017
2017 July epsucob@NEWS 12

Unions continue their demonstrations over pay and jobs

(July 2017) Following an action at the beginning of June in Madrid, the public service federations FSC-CCOO and FeSP-UGT, mobilised their members in Valladolid on 23rd June. This is the latest stage in a series of protests planned by the unions that will continue until negotiations are underway in public administration and the unions can set out their key demands on pay, hours, jobs and the other rights that public service workers have lost as a result of austerity measures.

Union set to mobilise over forest firefighters’ rights and conditions

The FSC-CCOO and FeSP-UGT public service federations representing forest firefighters say they will launch a campaign of strikes and protests unless the government and the autonomous regions deliver legislation that really protects the rights and conditions of this essential group of workers. The unions warn that action is needed urgently in the light of the surge in serious and large forest fires this summer. They argue that the legislation put forward on 25 August does not fully address the demands of the unions for homogenous working conditions covering training, salary structure