France
Public sector unions joined nationwide protests on 16th March against new legislation which undermines the rights of young workers. The CPE law creates new employment contracts for young workers which gives employers much greater freedom to dismiss them during their first two years of employment. Unions estimate that over 500,000 people took to the streets on 16 March and further demonstrations were planned for 18 March.
Read more at > FO
And at > CGT
epsucob:
06 epsucob@NEWS 20 March 2006

The JHL public services union stepped up its industrial action against proposed changes in dismissal rights with a 48-hour strike by around 10000 members who work in cleaning, property maintenance and food service sectors and sports and culture services. The strike is part of widespread trade union industrial action against plans to reduce dismissal protection for workers in small companies. The unions argue that not only is the change unfair, creating two-tier labour law but also threatens to impact women workers more than men. Trade unions are also angry that the government is trying to change employment legislation without any negotiation or consultation with the union movement. 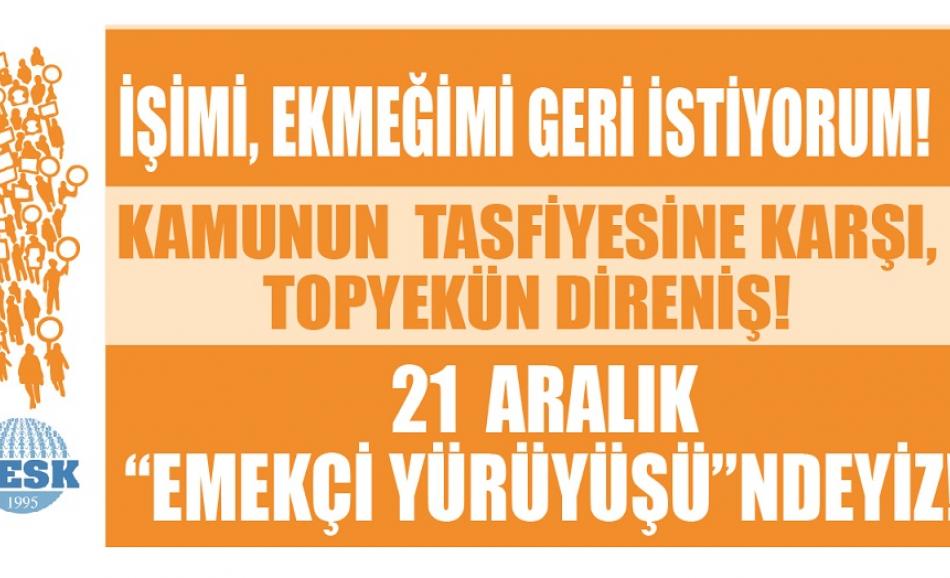 KESK, the Turkish public sector confederation of several EPSU affiliates will join with Turkish trade unionists and activists, from around the country,  tomorrow 21st December,  in walking from Istanbul to Ankara
Solidarity
Aug. 21, 2019
2019 August epsucob@NEWS 16