(19 September 2014) Many people who can not afford to pay their water bill are cut off from water in Spain. It is estimated that 9.000.000 people have difficulties to pay their bill. The conservative party tries to privatise water services in many local municipalities were they rule leading to a situation in which more then 50% of water companies are in private and that is multinational hands. To debate these developments, the confederation UGT organised a meeting with its environmental experts from all over Spain. EPSU's General Secretary introduced the right2water European Citizens Initiative and how unions and social movements successfully cooperated to achieve that 1.9 million people supported the demand to have legislation to introduce the UN human Right to water and sanitation in EU legislation. The unions also demanded that water services should not be liberalised through EU legislation and that water services should be kept out of trade agreements. The demands are very topical as the European Union and Canada are about to sign a free trade agreement that would also apply to water and sanitation services and which could lead to more competition for water. He thanked the Spanish unions of UGT and CCOO and social movements for their role in ensuring Spain was one of the countries that passed the threshold of the ECI.

Candido Mendez, the general secretary of UGT, underlined how important the struggle is for the unions and social movements to defend water as a common good and to fight the ongoing privatisation of water services together with the Spanish social movement. Both he and EPSU General Secretary placed the struggle in the context of the austerity policies and broader neoliberal policies effecting public services. This has lead to an increase in unemployment and workers on precarious contracts as the government pushes what is called structural labour market reforms, also high on the agenda of the ECB President and the European Commission's new mandate.

Luis Babiano of AEOPAS, the public water operators for Spain and part of the European public water operators organisation, explained the pact for water that is being developed in many parts of Spain. It should play a role in the local elections in 2015 as many citizens will seek to oust the conservative party which holds a majority in many places and has abused this to force through privatisation of water despite broad citizens protest. An example of the pacts for water was made in Zaragoza developed in the European Water Movement.

The unions were also discussing the input into the next 5 year hydrological plan for Spain and how to use the participation mechanisms of the river basins. Other speakers included representatives of the ministeries.

The seminar involved UGT as well as other Federations and EPSU members FITAG and FSP, 18 September 2014, Madrid.
up
616 users have voted.
Policies:
Water
Sectors:
Utilities

(20 January 2016) The European Parliament has supported the demands of the ECI Right2Water. The Commission continues to stall. It does not propose new legislation.
Water
Oct. 05, 2016 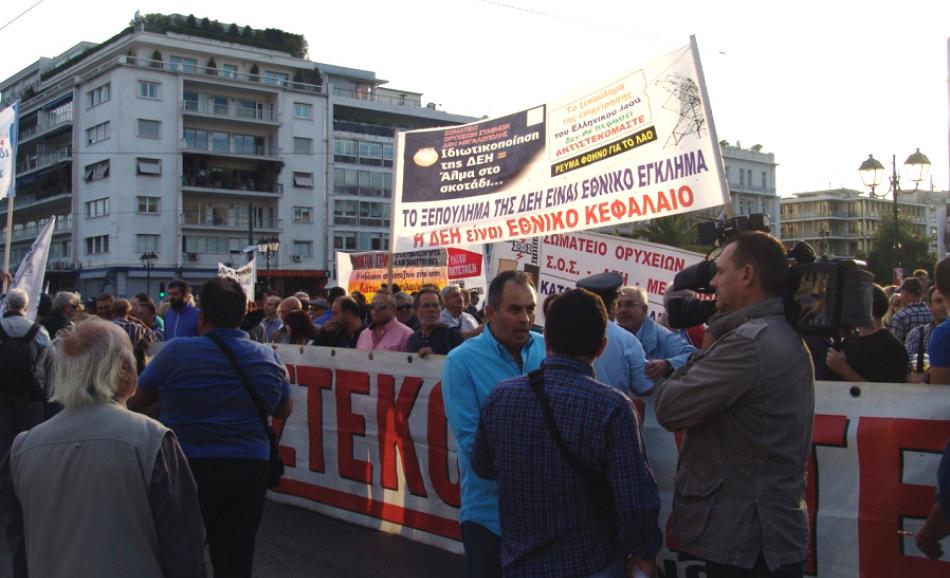 (5 October 2016) The Greek Parliament voted to partly privatize the water companies of Athens and Thessaloniki 27 September 2016.  This decision was taken despite the broad resistance to it.
Economic Policy
Electricity
Energy
Privatisation
Water
Jun. 13, 2013