(22 October 2012) An Energy Strategy was adopted by the Energy ministers on 18 October. The energy strategy seeks to create a common understanding of the challenges and of the need for investment in common projects both in infrastructure and production. The countries hope this will attract necessary investment. The unions have been critical as the strategy does not have a social dimension. Further integration and market opening of the electricity and gas markets will have a negative impact on employment. The document does foresee that prices for domestic users will increase thus throwing more people into energy poverty, but does not say how this should be dealt with. A social strategy is thus very necessary. EPSU energy unions developed their position and brought this forward in the 5th Social Forum. The Ministers have now agreed with EPSU. Two key paragraphs from the conclusions:

{14. The Ministerial Council adopted the Energy Strategy of the Energy Community,
and welcomed the interest of the civil society towards the development of the
Energy Community Strategy as reported by the Presidency in Office, the EU and
the Secretariat. The ministers emphasized on the importance of transparency
and agreed that the civil society representatives should be appropriately
consulted in the follow-up work.}

EPSU and a network of environmental NGOs in the countries concerned had argued that a more open process of consultation is needed, worth the name. And:

{18. The Ministers noted the information on the outcome of the Social Forum and
welcomed the Secretariat's initiative for developing a Social Strategy of the
Energy Community. They invited the Secretariat, in cooperation with the social
partners, to prepare an outline of a Social Strategy for discussion and eventual adoption at the Ministerial Council meeting in 2013 upon debate at the PHLG.}

The Ministers also agreed renewable energy targets and considered energy efficiency standards that should help the region climb to European levels. Both will have consequences for jobs and skills.

The Ministerial Council brings together the energy ministers of the Energy Community countries. The South East European Energy Community includes all the former Yugoslav countries as well as Moldova and Ukraine, plus has Armenia, Georgia and Turkey as observers.

- For the Conclusions
- [For previous work of EPSU on the energy community www.epsu.org/r/239] 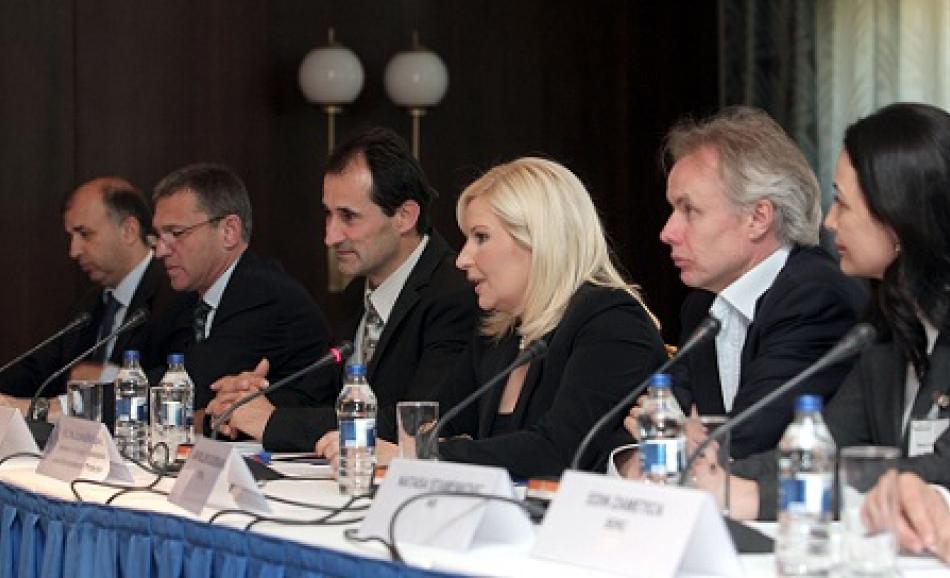