(September 2016) The CGIL confederation and its public service federation (Fp-Cgil) are working together to coordinate legal and industrial action in support of forestry workers who are facing transfer to the carabinieri police force. The transfer would mean major changes for the workers who would lose the right to strike. The confederation and federation are planning to organise strike action in protest but in the mean time are planning to support action by individual workers to challenge the legality of the new statute to implement the transfer. Read more at Fp-Cgil (IT).

Agreement over minimum service during strikes for forestry workers

(September 2016) Trade unions have negotiated a minimum service provision in the case of strike action by forestry workers. This is an important step to maintain the current rights of this group of workers that is facing militarisation and the loss of the right to strike through transfer to the carabineri police service. Trade unions are continuing to fight this transfer both through union campaigning and legal action.

The three main trade unions representing workers in ministries and agencies - FP-CGIL, CISL-FP and UIL-PA - have welcomed the new agreement signed on 23 December that marks the end of almost nine years of a freeze on collective bargaining. Covering around 250000 employees, the agreement re-establishes the importance of the role of the trade unions and collective bargaining and implements the basic pay provisions set out in the public sector framework deal agreed at the end of 2016. The central government agreement has a wide range of provisions on leave, including extra leave for women who are

Firefighters' unions in Spain and Italy are calling for government action to address a number of longstanding issues. In Italy the FP-CGIL trade union has declared a state of agitation around a number of key demands related to the collective agreement, recruitment, occupational safety, pensions and the right to elect workplace representatives. The union wants to see action to reduce bureaucracy and increase investment. Meanwhile, in Spain the unions want a framework law to establish a clear national structure for the service which is characterised by significant differences across the regions

The four main public service unions - FP-CGIL, CISL-FP, UIL-PA and UIL-FPL - have together launched a major campaign and petition calling for action to improve public services and deliver better employment conditions. The four unions have drawn up a document with 11 key proposals that cover calls for increased public investment; substantial recruitment of new workers and improved training provision; better union representation; finalising outstanding collective agreements for the 2016-2018 period and ensuring resources for the next round of agreements for 2019-21; bringing back privatised 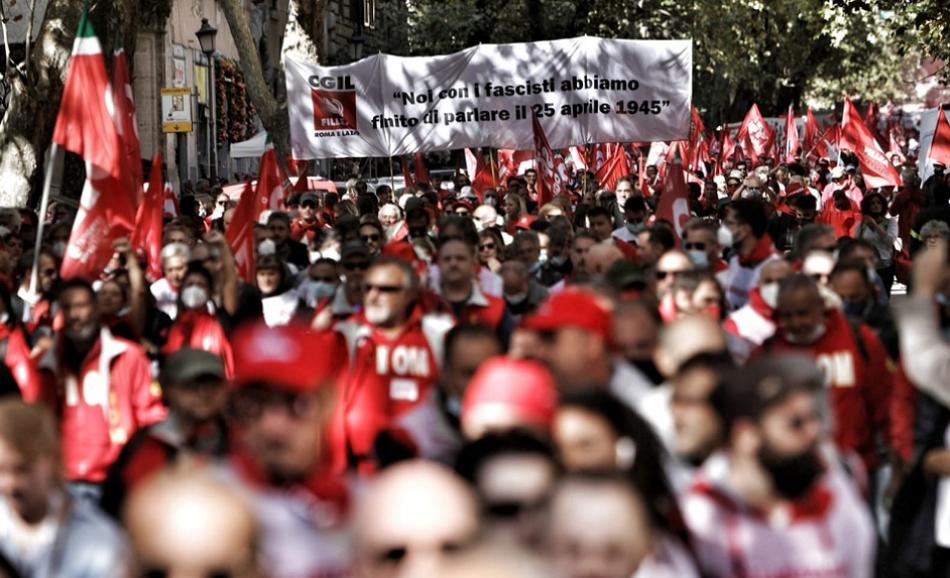 Following the attack on the head office of the Italian confederation CGIL by the fascists, Italian and European workers know what is at stake.
Solidarity
Union Rights