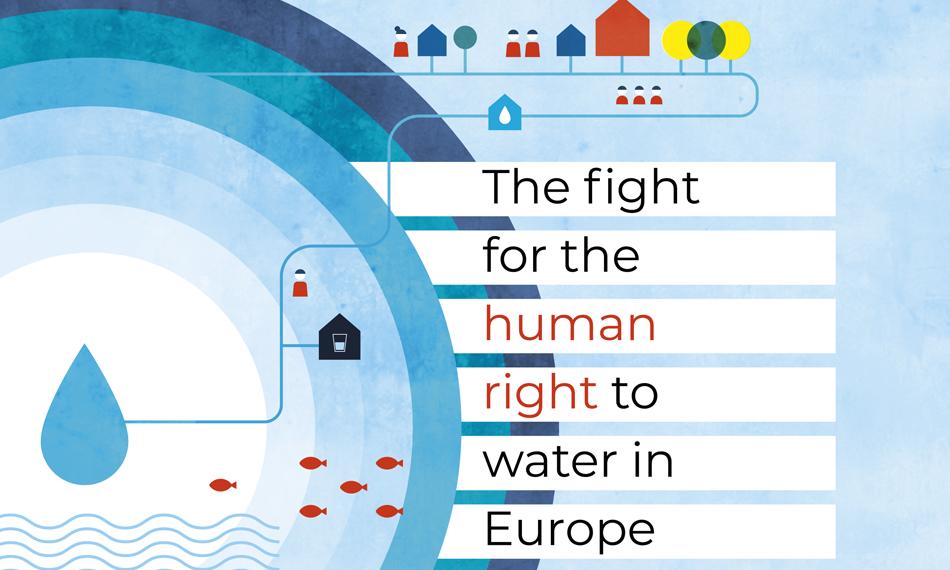 (22 March 2021) World Water Day 2021, 22 March, celebrates water and raises awareness of the 2.2 billion people across the globe who do not have safe access to water.

EPSU has been campaigning for the human right to water for decades and today, in celebration of World Water Day, we are publishing this booklet which explains our efforts over the last decade.

With this publication, we want to remind governments that they have a legal obligation to ensure access to safe drinking water and sanitation for all. The United Nations (UN) General Assembly and Human Rights Council first recognised access to safe drinking water as a human right and part of binding international law in 2010. The General Assembly recognised the human right to sanitation as a distinct right in 2015.

However, in Europe, around two million people still do not have suitable water or sanitation and many people with low incomes are threatened with disconnection if they cannot afford to pay their bills.

EPSU initiated the first ever successful European Citizens Initiative (ECI) on the human right to water in 2012. The Right2Water initiative called for water to remain a public service and a public good and set out three key demands:

We continue to demand that the EU recognises water and sanitation as a human right. While we are happy with the small steps that have been made at EU level, including the references in the Drinking Water Directive and the Council water diplomacy conclusions, we believe that more needs to be done. We also expect the European Pillar of Social Rights Action Plan to make concrete steps to ensure universal access to water and sanitation.

In this context, EPSU has also signed the letter drafted by the European water movement on the occasion of world water day.

The Fight for the Human Right to Water in Europe, EPSU Brochure - available in  EN - FR - DE - RU

(20 March 2005) Open letter to Commissioner Michel: Stop export of liberalisation and privatisation: EPSU, PSI and a large number of European organisations such as Friends of the Earth, 11.11.11
Water
Mar. 17, 2006